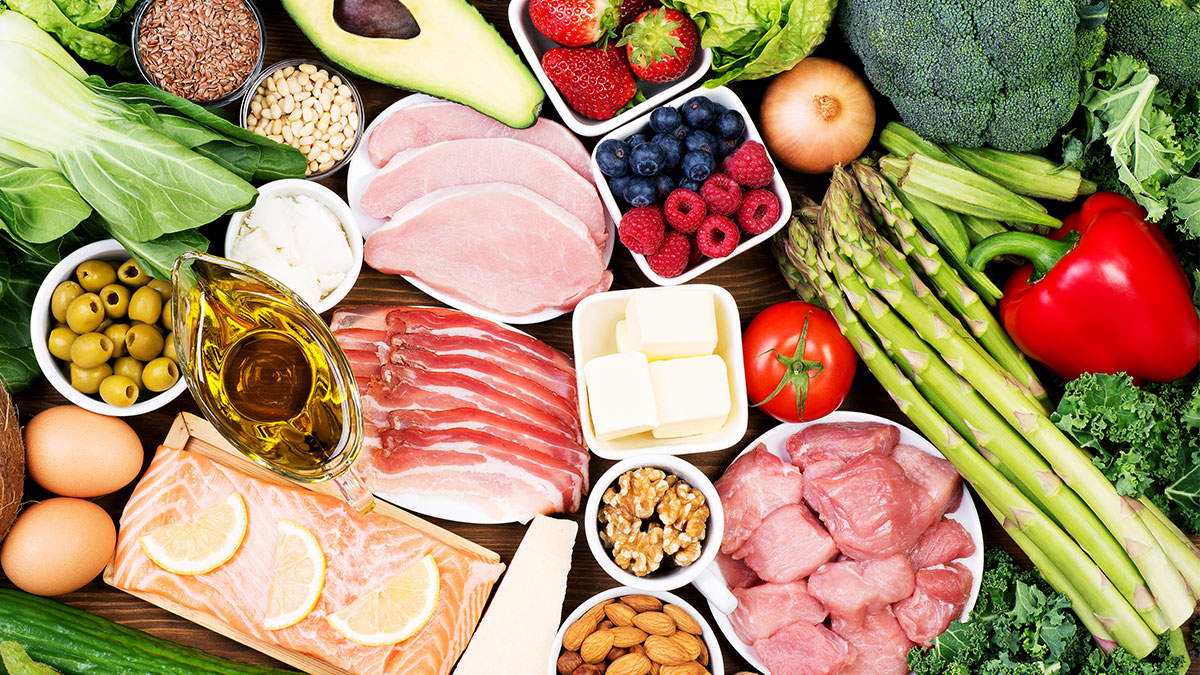 Recent trends show more athletes trying a low-carbohydrate, high-fat (LCHF) diet for endurance performance. But is this the right approach for everyone?

Lately, it seems low-carbohydrate, high-fat (LCHF) diets are of greater interest among athletes.1 More and more elite and amateur endurance athletes are claiming there is an advantage to ditching the traditionally accepted high-carbohydrate, low-fat (HCLF) dietary strategies of the past in favor of higher-fat diets.

Unfortunately, the realm of dietary intake for optimal performance is very gray, with few “black and white” answers, and the discussion of carbohydrate and fat intake for endurance performance is no different. Dietary intake can vary widely between athletes and is influenced by sport, personal preference, food intolerances, and the training cycle of an athlete. Accordingly, athletic success in the realm of endurance sport has been achieved by individuals following both a LCHF approach as well as a HFLC approach.

To make matters even more confusing, there isn’t consensus among those most qualified to be providing sports nutrition advice. Some sports dieticians favor LCHF diets for optimal performance, while others rely on the “tried and true” benefits of the more traditional HCLF diet.

This topic is of great interest to me, as I have had personal experience with both high-carbohydrate diets and low-carbohydrate diets. As a competitive amateur triathlete, I am always looking for ways to safely and effectively improve my performance. Alongside proper sport-specific training, optimal rest and recovery, and effective mental preparation, dietary habits represent a rather significant target area for performance improvements.

Here, we’ll take a look at what the research says regarding LCHF diets and HCLF diets for endurance sport performance. We’ll also provide some general, albeit practical, recommendations for daily carbohydrate intake as well as carbohydrate intake during training sessions. Before I begin to dig deeper into the available research, let me first begin by differentiating between LCHF and HCLF diets.

What does the Research Say?

You would think there would be a plethora of research surrounding this topic with the rapidly increasing popularity of LCHF diets among athletes.1 Interestingly, there is very little research out there, and little evidence available that actually supports a LCHF diet for endurance sport performance.1,3,4,5,6 The majority of the studies conducted have been in cyclists and triathletes, and most have found that cycling and running endurance remains largely unchanged and that high-intensity exercise performance (i.e., sprinting, or hard, short efforts) decreases when consuming a LCHF diet.1,3,4,5,6

One of the few studies that found a LCHF diet to be superior to a HFLC diet had five well-trained cyclists consume, in random order, a HCLF diet (74 percent of caloric intake) or a LCHF diet (70 percent of caloric intake) for two weeks. Cycling exercise to exhaustion at 60 percent of VO2 max (maximum aerobic exercise capacity) was longer after consuming a LCHF diet when compared to the HCLF diet. However, performance on the other two higher-intensity tests (time to exhaustion at 90 percent VO2 max and a 30-second all-out sprint) were not improved with a LCHF diet.

This seems to be the case with much of the research comparing LCHF diets with HCLF diets. LCHF diets either have a small, positive effect, or no effect at all on lower-intensity cycling endurance (for example, cycling at 60 percent VO2 max to exhaustion). Also, the LCHF diet typically loses its traction when examining higher-intensity exercise performance. For example, one study in seven female cyclists showed that cycling time to exhaustion at 80 percent of VO2 max was reduced by 47 percent in a LCHF diet (59 percent of caloric intake from fat) when compared to a HCLF diet.8 Other studies have also shown that cycling sprinting performance declines when consuming a LCHF diet.1

One of the theories behind the proposed benefits of a LCHF diet is that this type of dietary manipulation allows an endurance athlete to alter the type of fuel that they rely on when exercising. The idea is to improve an athlete’s ability to utilize fat during exercise, allowing them to rely less on their limited carbohydrate stores during exercise and more on their nearly-limitless stores of fat (even the leanest of athletes still have a nearly limitless store of fat to draw upon during exercise).

This should subsequently allow athletes to go much farther without “bonking” or “hitting the wall” — that unpleasant feeling of complete fatigue, exhaustion, dizziness, and lethargy associated with depletion of carbohydrate stores during prolonged, intense exercise.

The Theory Behind A High-Fat Diet for Endurance Athletes

To some extent, this theory makes sense at first. Humans do have a very limited store of carbohydrates and a nearly unlimited store of fat to draw upon to fuel exercise. Humans also rely heavily on fat to fuel exercise at lower-intensities (peak fat metabolism during exercise occurs around 45 to 65 percent of VO2 max), with the reliance on carbohydrates to fuel performance increasing with an increasing exercise intensity. In other words, fat utilization is highest during low-intensity aerobic exercise, such as an easy cycling, running, or swimming session.

The Case Against a LCHF Diet for Endurance Athletes

It has been clearly demonstrated that athletes following a LCHF diet will indeed increase their ability to utilize fat at any given exercise intensity.1,3,4,5,6 However, this also comes with a decreased ability to utilize carbohydrates during exercise, leaving an athlete with a reduced capacity to perform higher-intensity exercise.1 This may explain why research shows a decrease in performance of high-intensity exercise tests (for example, cycling to exhaustion at 80 to 90 percent of VO2 max or during high-intensity sprints) when following a LCHF diet, but unchanged performance during lower-intensity exercise tests (for example, cycling to exhaustion at 60 percent of VO2 max).

You may be thinking that this doesn’t matter for endurance athletes, as they typically perform at lower exercise intensities over a prolonged period of time when compared to other high-intensity, stop-and-go sports (think basketball, baseball, hockey, sprinting, etc.). Even endurance athletes, however, compete at intensities in both training and competition that far surpass the intensity at which peak fat metabolism has been shown to occur.7

Essentially, this means that an improved ability to metabolize fat during exercise (as has been shown to occur with LCHF diets) would be beneficial if endurance athletes only trained and competed at intensities low enough where they didn’t need to rely on effective carbohydrate metabolism to fuel higher-intensity performance. In reality, endurance athletes require the ability to effectively metabolize fat and carbohydrate in order to support efforts in high-intensity training sessions as well as in competition. This capacity to quickly and efficiently metabolize both fat and carbohydrate to fuel performance has been termed “metabolic flexibility”and is important for endurance athletes to be able to perform.1

The Case For a  LCHF Diet for Endurance Athletes

It seems, based on available research, that a LCHF diet may not be the optimal choice for most endurance athletes. The improvement in fat metabolism simply may not outweigh the risk of reducing one’s capacity to metabolize carbohydrates during exercise and competition. However, we must view this information in context.

As I mentioned previously, there is very little research comparing LCHF diets and HCLF diets for sports performance, and the research that has been completed suffers from many limitations that make it difficult to draw sound conclusions. These limitations include very small samples chosen for the studies (typically five to 16 subjects), the inclusion of primarily well-trained athletes in these studies, and a focus on cycling performance measures. This makes it hard to completely throw the LCHF diet out the window. There simply isn’t enough research yet to discount this dietary strategy for endurance performance.

Additionally, there may be cases in which a LCHF diet may be beneficial for performance in some athletes. A recent literature review on this topic suggests that a LCHF diet may be more beneficial for reducing body fat when compared to a HCLF diet of similar caloric intake.1 This may simply be due to the fact that a LCHF diet improves the body’s ability to metabolize fat during rest and during exercise, but it’s difficult to tell exactly why this is the case as there isn’t enough research available.

Furthermore, there may be a subgroup of athletes in which a LCHF dietary approach may be beneficial, including ultra-endurance athletes who compete at a relatively low exercise intensity for a very long period of time.1 For example, athletes competing in multiple-day running or hiking competitions in which the majority of competition takes place at less than 65 percent of VO2 max may benefit from an improved ability to metabolize fat, since much of their exercise during competition takes place below the intensity at which peak fat metabolism occurs.

Even these endurance athletes will still need to consume carbohydrates during competition for optimal performance, albeit at a relatively much lower level than an endurance athlete competing in a single-day event like a short-course triathlon or a marathon.

Finally, a LCHF dietary strategy may make sense for athletes who are sensitive to carbohydrates.1 For some, consuming high amounts of carbohydrates causes gastrointestinal (GI) discomfort. This can be a significant factor in performance, especially for endurance athletes, so it may simply make sense to consume a higher-fat diet for these individuals.

To summarize, there truly is no “perfect” or “ideal” dietary approach for endurance athletes. Although the current research seems to indicate that a more traditional, HCLF dietary approach is better-suited for overall endurance performance, research often doesn’t take into account individual differences between athletes.

If an athlete does wish to experiment with a new dietary approach or wishes to tweak their diet, I would suggest doing so under the guidance of a Registered Dietician, preferably a sports dietician, as these professionals are most qualified to help guide an athlete’s dietary choices. For those interested in the current sports nutrition recommendations for daily carbohydrate, fat, and protein intake, as well as carbohydrate intake during exercise, see Table 1 and Table 2 below.

Table 1 describes the current recommendations for each of the macronutrients for both general health and well-being, as well as fitness and general sports performance.9 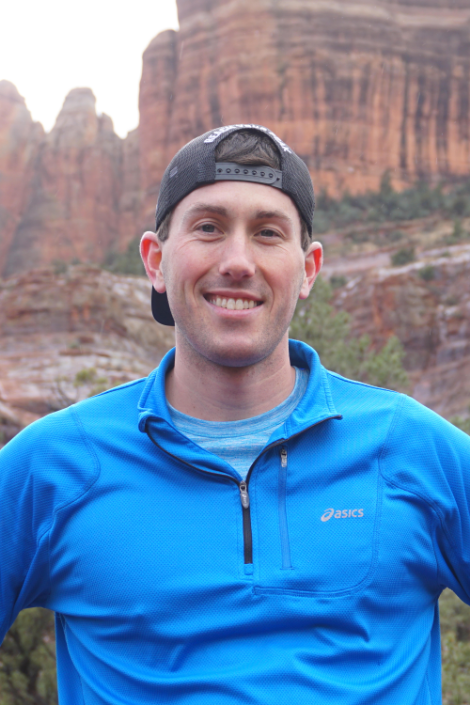 About Ryan Eckert
Ryan Eckert is Founder/Owner and Head Coach of Peak Endurance Solutions, LLC, a coaching solution for endurance athletes. Peak Endurance Solutions offers a variety of services for endurance athletes, including Training Plans available for purchase in the TrainingPeaks store as well as individualized, sport-specific coaching and one-on-one and small group swim instruction. Ryan holds a Masters degree in Exercise Science with a minor in Nutrition from Arizona State University. He is a Certified Strength and Conditioning Specialist® (CSCS®) through the National Strength and Conditioning Association and a USA Triathlon Level I Coach. Ryan has published in peer-reviewed academic journals as well as USA Triathlon’s Multisport Zone. To contact Ryan with questions or inquiries into coaching services, send him an email at peakendurancesolutions@outlook.com or message him directly through his website at www.peakendurancesolutions.com.
Visit Ryan Eckert's Coach Profile
#NUTRITION#PERFORMANCE