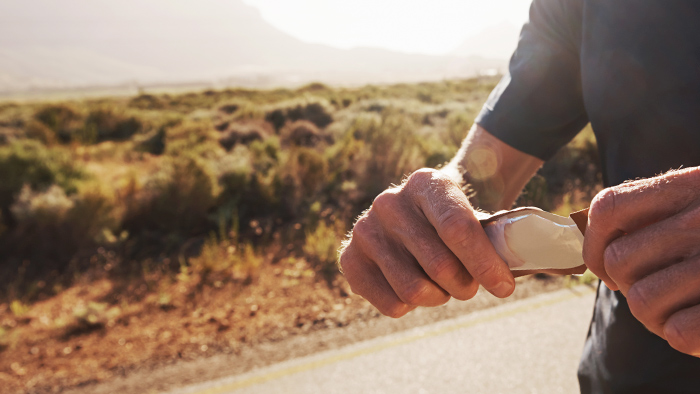 A Periodized Approach to Carbohydrate Intake During Training and Racing

While a restricted-carbohydrate diet can have training adaptation benefits, a periodized approach to carbohydrate intake allows you to fuel for the work required, optimizing both fat metabolism during training and your race-day performance.

Once your annual racing goals are set, it’s time to start thinking about how you should fuel for your best performance—namely with carbohydrate intake. What many athletes don’t understand is that your fueling strategies for training and racing should differ. Fueling for training should support optimal training adaptations where race-day fueling should support maximal performance. And that can mean drastically different carbohydrate ratios depending on where you’re at in your training cycle.

Despite the potential benefits of training low, there are negative implications of persistently training this way:

“Train smart” recommends that an athlete fuels for the work required. Carbohydrate can be restricted for selected training sessions aiming to enhance training adaptations. When the goal is to perform the highest workload possible, a restricted carbohydrate approach isn’t appropriate. In sessions lasting 60-90 minutes or less, performed at a low or moderate intensity, training low is likely to be beneficial.

About Ted Munson
Ted Munson is the Performance Nutritionist at Science in Sport. He comes from a sports science background having worked in elite sport for the past four years. Ted has worked with athletes in football, rugby and tennis, most recently with Hull City FC as a sports scientist. Ted continues to provide sports science support for teams, alongside his MSc in nutrition and physiology, focusing on hydration markers in elite athletes.For more on training and nutrition by SiS Performance Nutritionist Ted Munson, visit us at scienceinsport.com.
#RACE-DAY-NUTRITION