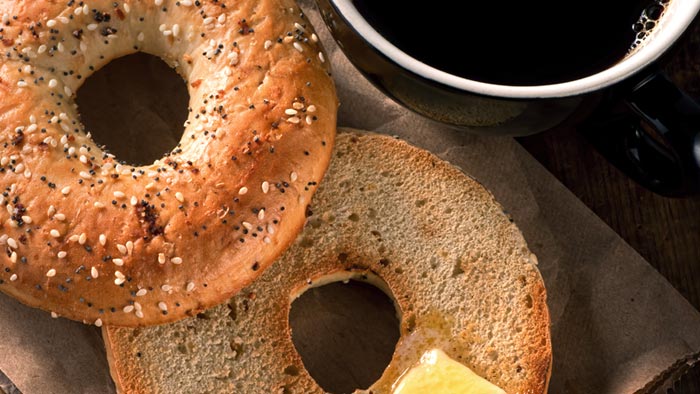 Changing your diet based on your training for the day may help you achieve better results. Nutrition expert Jack Matthews explains why you may want to consider restricting your carbohydrate intake before some sessions.

The Case for Some Lower Carbohydrate Meals

Recent research (Morton et al. 2009; Bartlett et al. 2013) has demonstrated that periods or phases of lower carbohydrate intake may also confer benefits to endurance athletes, alongside periods of high carbohydrate intakes. More specifically, intentionally lowering/restricting the amount of carbohydrate available to the athlete for some period of the season/month/week or even day, may foster adaptations that potentially benefit performance.

This increase in performance would appear to be a consequence of an improvement in the athlete’s ability to oxidize fat (and generate ATP) at a higher workload, helping to spare muscle glycogen for more intense activities/sprints, and delay the onset of fatigue. In short, some form of training in a (deliberately) low or lower carbohydrate state, despite a potential decline in the intensity of that particular training session, may foster adaptations that assist performance in the long-term.

Why Not Just Go High Fat?

Excessive or just chronically high fat just doesn’t appear necessary, perhaps in a similar manner to always using high carbohydrates. Despite being able to increase the intensity at which one can utilize fat for some portion of the energy demands, fat metabolism has many limitations that will continue to prevent it from being able to fuel maximal activities. In addition, it appears that adopting a high fat/ low carbohydrate diet can impair carbohydrate oxidation, such that performance – at our ‘top end’ – may decline.

Morton et al. 20091 demonstrated that when a second training session was commenced under conditions of low carbohydrate availability, there was an increase in molecular mechanisms responsible for enhancing oxidative/fat metabolism. These enzymatic adaptations did not translate to performance enhancement greater than when carbohydrates were available. This finding, however, suggests that manipulating nutrition consumed pre and post workout can – along with the type of training – determine the type of adaptation made by the body.

A suitable yet simplistic analogy would perhaps be that of a hybrid motor vehicle. Hybrids run on both petrol (gas) and electricity. Instead of an athlete focusing exclusively on one type of ‘fuel’ or the other, it would seem prudent to be more efficient at utilizing both. Having the ability to effectively use both fat and carbohydrate for fuel would seem sensible to endurance athletes in enhancing performance.

Exercising in the fasted state3 (Van Proeyen et al. 2011) appears to be one method that would help to both: prevent a decline in carbohydrate oxidation and enhance fat metabolism. To do this, simply commence one morning training session without consuming (exogenous) carbohydrates (i.e. without eating breakfast or carb-containing beverages before or during the session). Consuming some protein here does not appear to blunt the adaptive responses to carbohydrate restriction3 (Margolis and Pasiakos, 2013). Consequently either nothing, or products like whey protein, would be suitable prior to, or during, morning training.

If the feeling of exercising on an empty stomach doesn’t appeal to you, then restricting the consumption of carbohydrate between sessions on the same day might be another method to facilitate similar adaptations1 (Morton et al. 2009). Opt for higher-fat foods, protein, and vegetables in the meals between sessions one and two. Meals here might include: salmon and eggs, greek yogurt and whey, red meat and vegetables. You might feel as if the intensity of the second session is lower than expected, and especially in comparison to one completed in a high carbohydrate state. However, the reduction in training performance due to reduced intensity here is potentially offset by the stimulation of the metabolic pathways that enhance one’s ability to utilize fat for energy provision, such that performance capabilities (long-term) are not negatively affected (and may in actuality be enhanced)5(Hawley, et al. 2011).

Where sessions require greater intensity, higher carbohydrate intakes would be recommended most often (although this isn’t necessarily exclusive). Perhaps once or twice a week, a morning session could be conducted in the fasted state, whilst once per week one might be able to recover with ‘low carbohydrate’ availability between two sessions. Preparing and training under a number of different conditions and for various scenarios would seem sensible in preparing optimally for performance. The exact structure of one’s nutrition should reflect and compliment the frequency, intensity and duration of one’s training, the level of the athlete, and the stage of the season in which the athlete finds themselves in.

In summary, implementing an “either or” approach to performance nutrition appears sub-optimal in attempting to improve performance. Rather, there may be times when being selective about high, moderate, and low carbohydrate consumption would, in light of recent evidence, seem most optimum in best-preparing endurance athletes for performance. It is probable that many athletes have been utilizing such a strategy (perhaps unconscious of the potential benefits) for years. With more information to come, it is hoped that endurance athletes are able to harness the benefits of a range of different carbohydrate intakes that ALL serve to benefit performance.

About Jack Matthews
Jack Matthews is an applied nutritionist, having gained qualifications in Applied Sports Nutrition. Based in London, he holds a BSc and MSc in Sports Sciences and a diploma in Teaching. He provides nutrition advice to individuals and teams and is the creator of Discovery Nutrition. You can follow him on Twitter or Facebook.