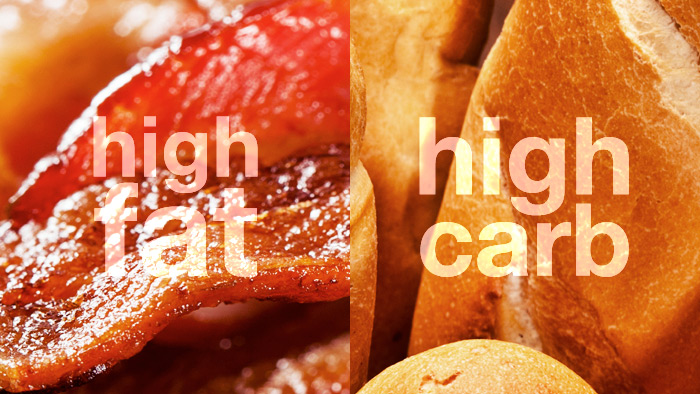 There are several different diets that claim to be the right one for endurance athletes. Focused on carbohydrates and fats, these diets each have their proponents and detractors. Nutrition expert Asker Jeukendrup explains why no diet is perfect and how you can fuel your training.

There is a lot of debate about “training low”, low carb diets, Paleo diets, Atkins diets, fasted training, keto diets, etc. and the more traditional high carbohydrate approach. It seems that people are in one of these two camps and there is little or no middle ground. The low carb group shouts, “carbohydrate is bad”, while the high carbohydrate group, you shout “you must carboload”!  The purpose of this short article is to provide some clarity. We will take an evidence based approach to the questions and start to analyse the issue. It is a difficult topic to address in 900 words and therefore I will refer the reader to my blogs on www.mysportscience.com.

The issue gets contaminated a little by the fact that people may use certain dietary approaches for different purposes. The two extremes are: an elite athlete who wants to perform well in an endurance event and a couch potato trying to eat to lose weight or be more healthy. These are completely different purposes and it would be wrong to assume that two completely different problems should be solved with one common solution.

Let’s have a look at the theories first:

A Brief Overview of the High Carbohydrate Theory

There are many studies to support these observations and it is further supported by a clear physiological mechanism: At high exercise intensities (>80 percent of maximal oxygen uptake; VO2max), carbohydrate is the main fuel, regardless of the diet.

A Brief Overview of the High Fat Theory

Our bodies are adapted to carbohydrate because the Western diet contains a relatively large amount of carbohydrate. Therefore we have become more dependent on carbohydrate as a fuel. If we adapt to a diet that is high in fat and low in carbohydrate over the course of many weeks, our bodies adapt and will become better at oxidizing fat.

There are several studies that show that a low carbohydrate diet result in increases in fat oxidation. Some of this is simply because the body is now depleted of carbohydrate, but some of this is a genuine adaptation. There are not many studies that have investigated the effects on performance. The studies performed will fit into one of these categories:

There is some truth in both theories although there is more evidence available supporting the carbohydrate theory, especially when it comes to performance effects. However, below are some more interesting observations:

When a high carbohydrate diet is followed, fat oxidation is suppressed a lot of the time and fat metabolism may not be as developed as when a low carbohydrate is followed.

To me, this is a bit like the question which is better, High Intensity Interval  Training (HIIT) or endurance training? They both have specific advantages and disadvantages. Would you recommend an athlete to do only HIIT rides or that they only do long endurance rides? Or would you put together a program with different stimuli for the body and mix up the training a little?

When consuming a low carbohydrate diet, transporters in the intestine will be downregulated. As a result, less carbohydrate can be absorbed. This may be the reason that athletes who avoid carbohydrate, often get gastro-intestinal problems and run out of energy in longer endurance events.

My suggestion is to abandon the idea that one diet is significantly better than another. There is not one perfect diet. The composition of a diet should depend on the goals of the athlete, the goal of a workout, and the individual’s makeup.

High carb or high fat? We don’t need to choose one OR the other. We can have BOTH and this will allow us to develop our fat metabolism as well as carbohydrate metabolism. Let’s develop the art of integrating nutrition and training and not see them as two different independent entities.

What you eat and how much you eat should depend on what you just did and what you are going to do. Sometimes an athlete may want to “train low” (train low refers to low carbohydrate in the diet and/or during training) to make sure fat metabolism gets challenged and ultimately optimized. Other days an athlete may want to train high intensity, focus more on quality or train the bodies capacity to absorb carbohydrate. Those days there should be a focus on carbohydrate, before and during training. Why would you do the same thing over and over again, day after day?

Asker Jeukendrup PhD is a Professor associated with Loughborough University and director of MySportScience Ltd. After obtaining his degrees at Maastricht University in the Netherlands, he spent a year at the University of Texas at Austin before accepting a position at the University of Birmingham where he was the director of the Human Performance Laboratory. He was the Global Senior Director of the Gatorade Sports Science Institute, defining strategies for research, education and sport science services.'He has published over 200 papers and book chapters and has published 8 books. Asker has been a training and nutrition consultant to several elite athletes worldwide, including the Dutch Olympic teams, Chelsea FC, UK Athletics and some of the World's best marathon runners (Haile Gebrselassie), swimmers, and triathletes (Chrissie Wellington, Andreas Raelert). Asker has completed 21 Ironman races including the Ironman world championships in Hawaii.