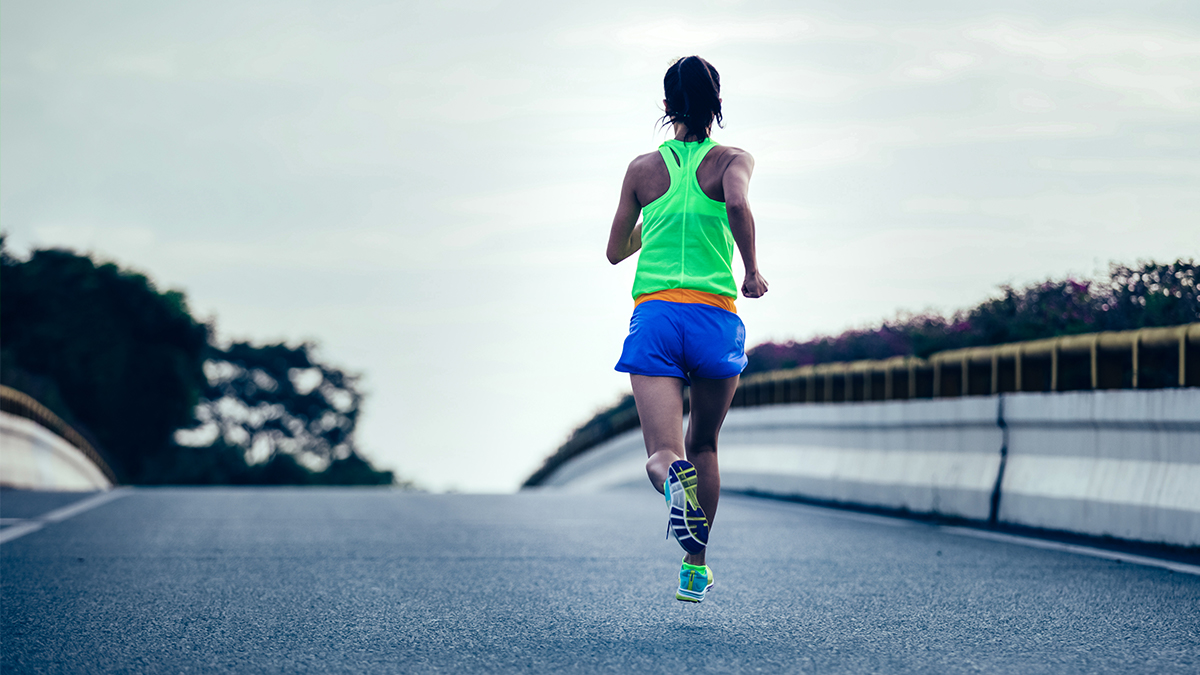 You don’t have to be an elite runner to benefit from running twice a day﻿. Here’s what you stand to gain and how to work doubles into your training.

Well, I’m here to tell you otherwise. Although it’s certainly not for everyone, doubling can be a safe and efficient way to increase fitness and performance, even for middle- and back-of-the-pack runners. In this article I’m going to make my best case for giving doubles a try and then step back and let you make your own decision.

It’s easy to assume that professional runners can handle doubles simply due to their innate running talent, but this is false. Exercise scientists use the term trainability to refer to an athlete’s capacity to gain aerobic fitness in response to training. The genes that confer trainability are completely distinct from those that underlie built-in fitness, and they’re a lot more common.

In one study, scientists created a system for scoring trainability based on how many of the relevant genes an individual had, then scored a population of 456 nonathletes. While there was a high degree of inter-individual variation, a significantly greater number of subjects (52) had the highest possible score than the lowest (36). In other words, more of us are highly trainable than not.

The average self-described amateur runner logs about 35 miles per week. Because, in most cases, this number does not represent the maximally effective volume of training for that individual, it’s safe to say that most runners could get fitter if they ran more. The specific benefits of higher mileage include increased aerobic capacity, improved running economy, and leaner body composition.

There are two ways to increase running volume: run longer and run more often. Of these, running more often is slightly gentler on the body. For example, a six-mile run in the morning followed by a six-mile run in the afternoon will generate a bit less tissue damage and inflammation than a single 12-mile run. This is why most professional runners double routinely instead of completing one longer training session each day, the way professional cyclists do.

You don’t have to double every day.

True, most pros run twice a day almost every day, but that doesn’t mean you have to. In fact, you shouldn’t make any sudden leaps in training frequency. If you’re currently running seven times a week, try eight runs. Doubling just once a week will result in a meaningful increase in training volume that will in turn elevate your fitness and performance.

If eight runs feels like your limit, stop there. Otherwise, try adding a second double elsewhere in the week, and so on, until you’re running as often as you care to or can comfortably handle. The ideal time to double is on the afternoon of a hard morning workout. Doubling on easy days is less optimal because it reduces the contrast between hard and easy days. But there’s no harm in slotting in your easy runs wherever they fit best in your schedule and seeing how your body responds. As long as you don’t find yourself falling behind on recovery and performing poorly in key workouts, you’re good to go.

You don’t have to double year-round.

Presumably, you are not actively pursuing maximum fitness throughout the year. At least I hope you’re not! If doubling is not something you’re willing or able to do year-round, save it for those times when you are trying to get as fit as possible for an important race. Just be sure to ease back into the practice each time. For example, if seven runs per week is your baseline, add a pair of two-mile easy runs on nonconsecutive days in your first week of doubling, bump these up to three miles the following week, then go to four miles, and hold steady from there.

Your second run of the day doesn’t have to be long (or fast).

When I first experimented with running twice a day many years ago, I did so by starting off each weekday morning with a very slow two-mile treadmill jog. To some runners, two slow miles might seem barely worth the bother, but the 10 total miles this habit added to my weekly training load gave my fitness a noticeable lift without wearing me out or breaking me down.

Even the pros seldom go farther than six miles in their second run of the day, and those miles are almost always very easy. And while it is the norm to do the bigger run in the morning and the lighter one in the afternoon, reversing this order, as I did, works just fine for runners who need to save their bigger run for the afternoon for practical reasons.

Your second workout doesn’t have to be a run.

There’s no rule that says your second workout of the day has to be a run. If you’re concerned about injuries, add nonimpact cardio sessions on a bike or elliptical trainer instead. Much of the fitness you gain from these activities will transfer over to your running—science proves it! In a 1998 study, researchers at Purdue University added either three extra runs or three stationary bike workouts to the training programs of 20 runners for a period of six weeks. All of the runners completed 5 km time trials before and after this period of modified training. Both the running-only group and the cross-training program improved their times by an average of 2.5 percent.

Ready to give doubling a try? Here are three examples of training schedules that include doubles. Choose the schedule that is most appropriate for you and modify it as necessary.

This is the schedule that most elite runners follow. But you don’t have to have elite talent to follow and benefit from it. You just need a solid background in training and racing and a strong desire to be the best runner you can be.