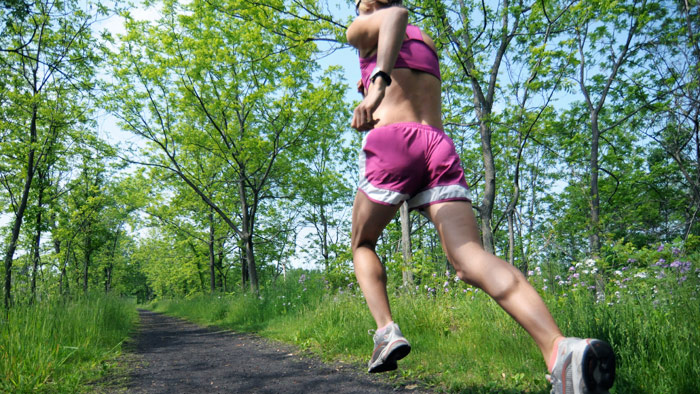 Training twice a day is a method used by many elite level runners to achieve high levels of fitness. Coach and author Matt Fitzgerald explains how any runner can use this same tactic to achieve their goals.

As a runner first and a triathlete second, I am attuned to the differences between the two sports. One difference is that many recreational triathletes think nothing of working out twice a day, whereas very few recreational runners engage in this practice.

There is an obvious reason for this discrepancy: triathletes have three separate disciplines to worry about. A triathlete who wants to train just three times per week in each discipline has to “double” twice a week—three times if he or she wants a day of complete rest.

But having only one discipline to worry about isn’t the only reason so few runners ever workout twice in one day. Runners also feel that they lack the time to double, that their body couldn’t handle doubling, and that two-a-days aren’t worth the bother except for elite athletes. In this article I will address these concerns, make a case for the use of doubles by recreational runners in marathon training, and offer guidelines for the practice.

Yes, You Can Double

Recreational triathletes who routinely double on one or more days each week and recreational runners who never double are the same people. They all have jobs, families, and other responsibilities—in other words, they’re all busy. Triathletes don’t have more time to train than runners do—they just choose to train more. Runners can make the same choice. It’s an adjustment, but doable for everyone except those with the craziest schedules.

Understand also that doubling isn’t necessarily an all-or-nothing commitment. If you go from seven workouts per week to eight workouts—a 14 percent increase in training volume—guess what? You’re doubling. What’s more, doubling need not be something you do all year, but perhaps only during the 20 weeks you’re ramping up for a marathon.

There’s no rule that says those extra workouts have to be runs, either. If you’re concerned about injuries, add non-impact cardio sessions on a bike or elliptical trainer instead. In fact, you can even reduce your run frequency when making the switch to doubling. For example, you could go from running six times per week to running four times and cycling four times. You’ll get fitter and lower your injury risk simultaneously.

Is it really worth the bother? Only you can decide how much your running performance matters to you, but from a pure performance perspective, the answer to this question is a resounding “yes.” High-volume training is incredibly powerful. That’s why it’s universal at the elite level. Sure, you can realize most of your potential for 5K and 10K performance with a fairly low-volume training plan, but to run your best marathon you need to put in some serious hours. It makes all the difference after mile 20.

Trainability is the ability to gain aerobic fitness in response to training. The genes that confer trainability are distinct from those that underlie built-in fitness. Elite runners have these genes too. But so do you (probably)! Scientists have determined that trainability genes are quite widespread in the human population. In one study, exercise physiologists created a system for scoring trainability based on how many of the relevant genes an individual had.1 While there was a high degree of inter-individual variation, a significantly greater number of subjects (fifty-two) had the highest possible score than had the lowest (thirty-six).

The average self-described competitive recreational runner runs 35 miles per week. The genetic findings I just described suggest that the majority of runners in this category could get significantly fitter if they trained more. What would the nature of this fitness be? Not necessarily increased aerobic capacity. Research indicates that runners can attain their highest possible VO2max on fairly low mileage, provided the intensity of their training is balanced properly (more on this below).2 Instead of the cardiovascular system, the gains in fitness that come with high volume are seated in the brain.

Every stride you take entails communication between your brain and your muscles. In this process the brain is always looking for feedback from the muscles that it can use to generate the same amount of work (i.e. speed) with less muscle activation. It is a process that is never completed. Through brain-muscle communication, runners can become more efficient through their entire lives. High-volume training accelerates the process. In short, the more you run the more economical you become.

High-volume training also makes the brain more fatigue resistant. Most runners are not aware that it’s not just the muscles that become tired during running but also the brain. And in fact, the longer a race is, the more brain fatigue limits performance. The most effective way to improve the brain’s resistance to fatigue is to tire it out in training, and the best way to tire it out is to run far. Pace doesn’t matter; as long as the intensity is high enough that some part of you is looking forward to being done, you will benefit.

There is, of course, a law of diminishing returns at play in the relationship between training volume and fitness. The second hour of training you do each week is not as beneficial as the first, the third hour doesn’t do as much as the second, and so forth. But this also means that the next hour you add to your current training load will help you more than the next hour after that. So a modest increase in training achieved via doubling just might lead to a performance breakthrough in your next marathon.

How to Double in Marathon Training

Recent studies have shown that runners of all ability and experience levels improve most when they spend about 80 percent of their total weekly training time at low intensity (roughly between 60 and 75 percent of maximum heart rate) and the remaining 20 percent at moderate (roughly 76-90 percent of HRmax)3,4 and high intensities (roughly 91-100 percent of HRmax)., The typical competitive recreational runner does about 45 percent of his or her training at low intensity, another 45 percent at moderate intensity, and the rest at high intensity. So it’s very likely that you can and should seek improvement by breaking out of the “moderate-intensity rut” before you consider increasing your training volume and doubling.

Even when it is appropriate to increase your training volume, you can do it without adding a second workout to one or more days of the week. Instead you can simply lengthen the workouts you’re already doing. If the average duration of your daily workouts (excluding your Saturday or Sunday long run) currently is less than one hour, I suggest you lengthen them to one hour before you add doubles. If you’re already training about an hour or day (excluding your long run), then the best way to increase your volume is by introducing doubles.

Why not just lengthen your once-a-day workouts to 75 or 90 minutes? This is an option, but not the best one for most runners. It’s not an accident that elite cyclists ride once a day for a few hours, whereas elite runners run twice a day for about an hour at a time. It is evident that running for one hour twice a day is less stressful than running for two hours once a day.

How to Set up Your Schedule

The best time to add one or more doubles to your weekly routine is not during a race-focused training cycle but rather during the pre-base training period that immediately precedes a formal ramp-up for racing. You want your body to be fully adapted to the higher workout frequency before such a build-up begins.

Naturally, it’s important to avoid making huge leaps in overall volume. But this does not necessarily mean that you must limit yourself to adding just one or two workouts to your weekly routine at a time. You can jump straight from six or seven workouts per week all the way to 12 or 13 workouts without overwhelming yourself provided all of those additional workouts are very easy—that is, low intensity and relatively short. In fact, regardless of how many workouts you add, they should all be easy.

Even if you decide to make liberal use of doubling in your marathon training, be sure to alternate hard and easy days in your schedule. Do no more than three hard workouts per week and separate them from each other by at least two days. If you double three or fewer times per week, those days should generally coincide with days when you do hard workouts so that your easier days are much easier.

Here are three examples of marathon training schedules that include two-a-day workouts. Choose the schedule that is most appropriate for you and modify it as necessary.

This schedule is a good fit for runners who have never doubled before and are prepared only for a modest increase in overall training volume.

This is the schedule that most elite runners follow. In their case, most or all of the workouts are runs rather than cross-training sessions. But you don’t have to have elite talent to use and benefit from this schedule. You just need a solid background in training and racing and a strong desire to be the best runner you can be.