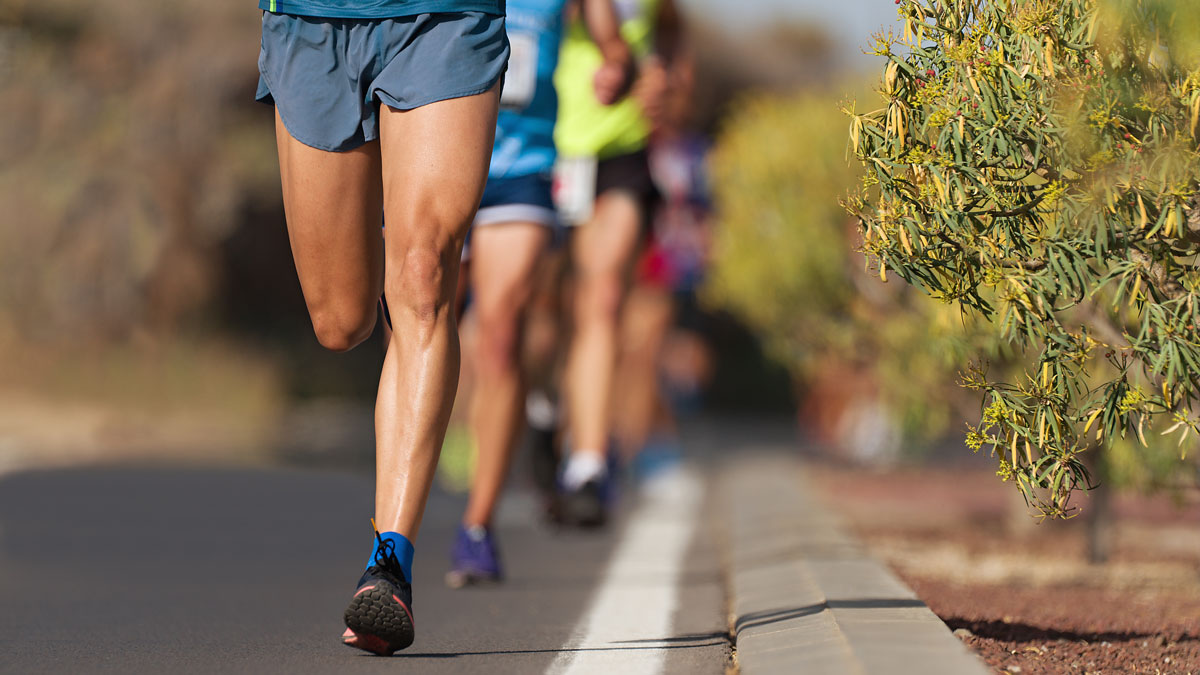 The Most Important Marathon Workout You’re Not Doing

Are you spending too much energy on your long run, when a medium-long run would be more productive?

A typical week of marathon training for the average competitive recreational runner looks something like this:

Does anything seem amiss to you here? No? Let’s see what happens when I present the same week in chart form:

Whoa! Sunday sticks out like a sore thumb, doesn’t it? More than double the length of any other run, that 20-miler makes the week as a whole look unbalanced. And indeed it is unbalanced in terms of mileage distribution.

In pointing this out, I don’t mean to suggest that a week of marathon training that’s structured like the above example is “bad” in any simple sense. To the contrary, it’s perfectly appropriate for most beginners and for other runners who need or prefer a time-efficient approach to marathon training. But if you want to raise your marathon performance to a new level, you’ll need to adjust this template a bit. And of all the adjustments you might make, you’ll get the most bang for your buck by adding a medium-long run into your weekly schedule.

A medium-long run is just that: a run that is shorter than a normal long run yet longer than your other runs. In mileage terms, we’re talking 10 to 14 miles for intermediate-level marathoners and 12 to 16 miles for advanced ones. Now, if you think it’s crazy to incorporate such a run into your weekly routine on top of the speed, tempo, and endurance work you’re already doing, you’re right. But that’s not the idea. Medium-long runs are not meant to take the place of one of your easy runs Rather, they should take the place of one of your harder workouts. Applied to the example week presented above, this entails swapping out either Tuesday’s tempo run or Friday’s interval run for a medium-long run.

One advantage of this tweak is that it enables a runner to increase his or her weekly mileage while preserving a distinction between hard and easy days. Overall, you’re better off piling a few extra miles on one day of the week than distributing those miles evenly across the entire week. In doing so you get a bigger training stimulus on that one day and a bigger recovery stimulus on the other days.

Now, if you think it’s crazy to replace so-called quality work at faster paces with more easy miles, you’re right again. But that’s not the idea, either. While a medium-long run can be done entirely at low intensity, it doesn’t have to be. Elite marathoners more often fold their quality work into these sessions, so that they function more as longer workouts than as shorter long runs.

There are right and wrong ways to do it, of course. An example of the wrong way is adding intervals to an existing speed workout that is already challenging. Extending a session of, say, 8 x 1 km at 10K pace to 14 x 1 km at 10K pace won’t make you fitter; it will only leave you bedbound for a couple of days.

The right way to turn an existing quality session into a medium-long run is to make it more marathon-specific without making it overtaxing. This is generally done not by increasing the amount of fast running you do but by mixing fast running with additional low-intensity running. Longer warm-ups and cool-downs, longer recoveries between hard efforts, and easy segments inserted between sets of faster running are all ways to get the job done.

Here are a few examples of how to turn a standard quality workout into a medium-long run:

The specific format of your medium-long runs should evolve over time, with individual sessions becoming gradually more challenging as well as more marathon-specific. The examples in the table above are presented in an order that embodies these principles, with total distance increasing from roughly 12 miles in the first workout to 16 miles in the last one and the intensity focus shifting from high to moderate.

The only downside of medium-long runs is that they are more time consuming than standard quality workouts. Not every runner can afford the 1.5 to 2.5 weekday hours it takes to complete one. But if you do have time for them, I promise you’ll gain a lot from making medium-long runs a regular part of your weekly marathon training routine.