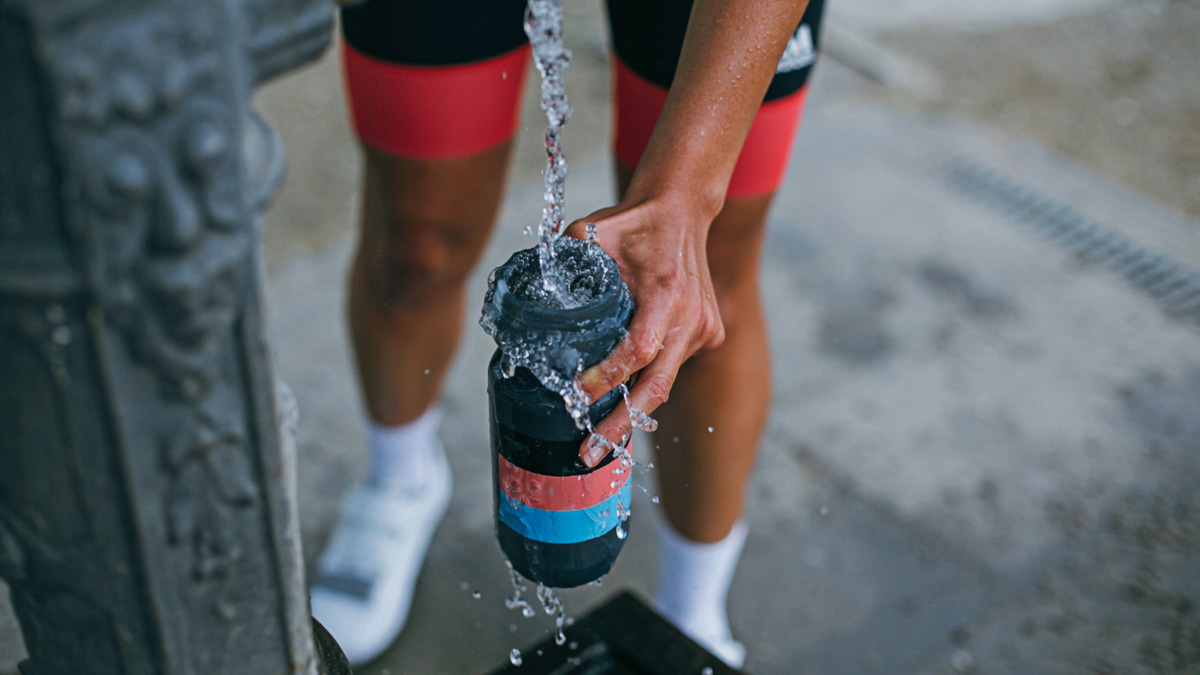 The New Rules of Hydration for Ultra Endurance Athletes

Stacy Sims weighs in on the latest hydration trends and research, including some new considerations for women and ultra-distance racers.

Last year, a certain sports drink company announced the release of a patch that it claims allows you to personalize your fluid intake during training and racing based on the amount of electrolytes you’re sweating out. At the time, this seemed like a breakthrough in human performance, particularly for athletes and coaches in the endurance community. After all, the longer and harder you go, the more you typically sweat, and the more dehydrated you could become, compromising both your output and, potentially, your overall wellbeing as well.

But then a thought struck me: “What if this is actually just hype?” To answer this thorny question and find out more about the latest hydration developments for female athletes, masters competitors, and more, I caught up with Stacy Sims, author of the groundbreaking book Roar and one of the pioneers in gender and age-dependent hydration and nutrition.

Is the sweat patch a legitimate tool, or merely a marketing gimmick?

It’s just marketing hype. One of the issues is that you’re analyzing sweat on one tiny patch of skin in a certain area. We know that certain parts of the body sweat more than others, and that differs by individual. So you’re taking one little snippet of information and trying to make it everything. That’s a mistake.

We also need to take environmental conditions into account. If it’s hot and humid, you’re likely to sweat more than if it’s cold and dry. Perhaps you’re fighting off a cold, or aren’t fully recovered from yesterday’s session. Maybe you’re doing fast intervals, or perhaps a longer, slower tempo workout. All of these factors and more will influence what the sweat patch tells you, and these variables change from day to day, session to session. Also, the fitter you are, the more your body knows what to do in extreme conditions compared to a novice. This can also affect the dilution of your sweat.

Sports drink companies know people want a simple solution, and that’s what drives their ad campaigns. Sadly, marketing trumps science. But you’d be much better off working with an experienced coach to dial in your nutrition and hydration for training and racing than sticking a patch on your arm and thinking that’s going to solve your problems. It almost certainly won’t.

What are some other flaws in the sports drink strategy?

The mistaken notion that you have to consume all your calories in liquids or gels because your body can’t process food when you’re running, cycling, or swimming. Intaking a lot of carbs as a liquid is a major cause of GI distress, which is why porta-potties are always occupied on race courses. Yes, you are going to probably need to change up what you’re eating when you’re racing, but you should still be eating most of your calories, not drinking them. What you need is functional hydration plus eating food.

With this in mind, what should racers eat on the course?

I suggest being patient with a trial and error process. Some athletes like salted potatoes cut up small, while other go for peanut butter sandwiches. The higher intensity, the more protein and fat you need. Another good option is to buy a big bag of trail mix and blend it with some nut butter and whey protein to create what we call “bliss balls.” Some people are going to freak out when they read this and say, “I can’t eat while I’m racing.” Yes, you probably can, you just have to get used to it. I certainly would never suggest shaking up your eating and drinking routine on race day. Experiment during your training cycle to find what works for you and what doesn’t. Then stick with that for your next event.

What do you think about sweat rate testing?

A lot of athletes are paying to have this done and think it’s going to be a magic bullet, but it’s not. There’s no literature to support this methodology. Just because the results say that you sweat out x amount of sodium and y amount of something else doesn’t mean that you now have unlocked the key to perfect race day hydration. I hear about triathletes taking salt tablets on the basis of this test, but most of the time they don’t need anywhere near this much sodium. Your body can lose up to 50 percent of its sodium stores and be just fine.

You’re known for your research in women’s physiology. What are some of your latest findings that could impact female athletes?

Monthly cycles and menopause have far more impact on female athletes’ hydration than we previously thought. When a woman is in her high hormone phase, her sodium set point is much lower and appetite for fluid is diminished. So she won’t have the same drink to thirst sensation as at the other end of her cycle.

The same is true of masters athletes who are menopausal—their thirst impulse is diminished. So they won’t get the urge to drink during a race or training session, even though they need to. This is one of the reasons that a higher percentage of older folks end up in hospital during a heat wave. So the strategy for female masters athletes needs to be taking regular sips along the way. This will be enough to help retain plasma volume without impacting the low-lying stretch receptors that can make you feel like you have to pee all the time, which occurs when you drink too much at one go.

The age-old debate of drink to thirst versus prescribed hydration won’t seem to go away. Given your research, is one better than the other, or is it context-dependent?

The latest findings indicate that drinking to thirst works when it’s not an ultra-endurance race, like a full Ironman. If you’re only going for five or six hours, just take a sip when you feel thirsty. Beyond that duration, there are biomechanical changes that are going to impact your perception of thirst. So for anything longer than a half Ironman, you’ll need to schedule your hydration.

We’ve discovered that at the end of races, women’s sodium levels are typically lower than men’s. This means it’s more important for female racers to include some sodium in their fluid strategy so they don’t put themselves at risk of diminished performance and, in extreme cases, hyponatremia.