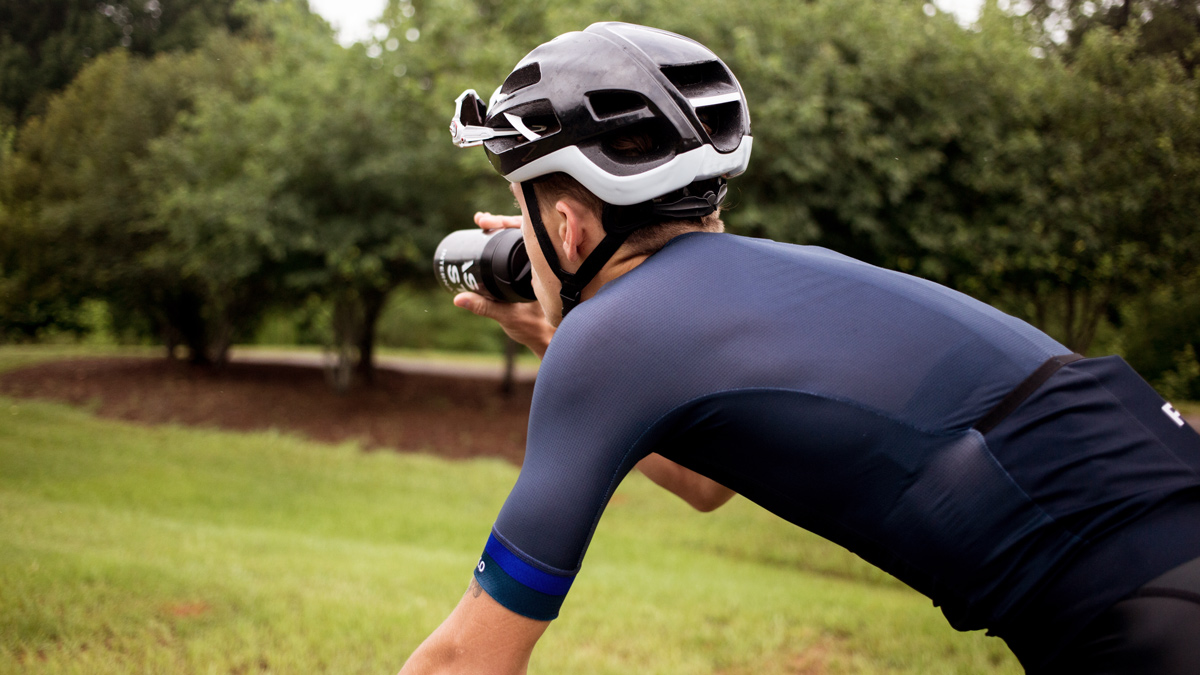 Sodium is essential for most bodily functions—but it’s especially important for athletes. Here’s why, and how to make sure you’re getting enough.

A 2015 study found that athletes who adequately replaced the sodium lost in their sweat finished a middle distance triathlon an average of 26 minutes faster than those who didn’t.

That’s quite a significant potential boost in performance! But, what’s the science behind sodium supplementation during exercise and how can athletes ensure they’re getting their intake right? Andy Blow, Founder and Sports Scientist at Precision Hydration has the answers.

What makes sodium so important to performance?

Well, sodium plays a number of important roles in your body. It aids in the absorption of nutrients in your gut, maintaining cognitive function, nerve impulse transmission and muscle contraction. But, from an athletes point of view at least, perhaps the most critical function it plays is in helping you maintain a fluid balance in your body.

Sodium is the main electrolyte found in your blood. Your blood makes up 15-20% of the extracellular fluid in your body (about 170 ounces in the average adult), so much of your body’s total sodium reserves are found here.

That sodium helps you absorb and retain more of the fluid you take in, and this boosts your blood plasma volume. The more blood you have, the less strain on your cardiovascular system as it works to deliver oxygen to your muscles and dissipate heat to cool you down when you’re working hard. Basically, sodium’s pretty important if you want to maintain your performance when it counts.

How do athletes lose sodium?

When you go to the bathroom or when you sweat, you lose sodium from your body. Because the body can’t manufacture sodium or store it beyond a certain point, you need to consume it every day to keep your levels topped up.

Sweating is the main way athletes lose sodium and fluids during exercise. That’s why those of us who train regularly have different needs when it comes to replacing sodium than those who don’t.

The thing is, everyone loses a different amount of sodium in their sweat, from as little as 200mg of sodium per liter of sweat, to as much as 2,000mg/l. And everyone sweats at different rates, which means that your net sodium losses could be as much as 10x higher than the person next to you on the start line.

And, in a lot of cases, those losses are many times higher than someone who is not sweating on a regular basis. This is why the standard government guidelines for sodium consumption should be viewed cautiously by athletes who train a lot. It’s more than possible to lose the 2,300mg of sodium recommended by the existing U.K. government guidelines in just 1 hour of exercise, if you’re sweating heavily and you’re sweating out lots of sodium.

I personally lose about 1,842 mg/l – which puts me firmly in the ‘salty sweater’ camp – and I often suffered from cramp and other hydration-related issues in hot climates as a result.

What happens when your sodium losses mount up?

Your blood volume is gradually reduced as your sweat losses increase because sweat is drawn from your blood plasma. This increases the strain on your cardiovascular system, making it harder to pump blood to your skin (to cool you down) and to your working muscles. This obviously has a negative impact on your performance.

Other issues like a general feeling of fatigue, a loss of concentration and even muscle cramps can also be experienced if losses are allowed to go uncorrected for long enough. If you’re someone who suffers from cramp after you’ve been sweating for a while, I wrote an in-depth blog on why athletes suffer from cramp that covers the main theories behind Exercise-Related Muscle Cramps and offers some practical advice on how to avoid/reduce instances of them.

Up to a certain point, taking in plain water is enough to mitigate sweat losses. But, as those losses start to mount up, you need to replace sodium too to avoid your blood becoming diluted. This is a potentially disastrous condition called hyponatremia, which can certainly ruin your race.

So, how much sodium should you be taking in?

Because sweat/sodium losses are so individual, any generic guidelines on the replacement of sodium and fluid should always viewed with suspicion.

How much salt you lose in your sweat is genetically determined and doesn’t vary much at all, even given factors like diet and acclimation to a new environment. This means that, whilst you can only find it out by getting Sweat Tested, you only really need to get tested once in most cases.

At Precision Hydration we have an Advanced Sweat Test, done at rest, that tells you exactly how much you lose and we combine this data with information about how you train and compete to personalise your hydration plan.

We also offer a free online Sweat Test that helps you get started with personalising your hydration strategy through some good old fashioned trial and error in training. Whilst it’s clearly not the gold standard that the Advanced Sweat Test is, it has genuine efficacy as there’s a strong correlation between how athletes perceive their sweat rate/sweat sodium concentration and reality. We know this because we submitted our data to researchers at Sheffield Hallam University and they recently had a paper published with those findings.

What about the other electrolytes?

Your sweat only contains small amounts of potassium, calcium, and magnesium. It’s mostly made up of water and sodium. That’s why it tastes salty and you sometimes get those white, salty marks on your kit after a sweaty workout.

These other electrolytes do have a role to play but it’s sodium that’s crucial to staying properly hydrated and, because how much we lose in our sweat varies so wildly from athlete to athlete, it’s the electrolyte that needs more consideration than the others (unless you’ve got a specific deficiency in one of those).

So, if you’re looking for ways to improve your performance this Summer, optimising your hydration strategy could be something to look at and I hope this helps.