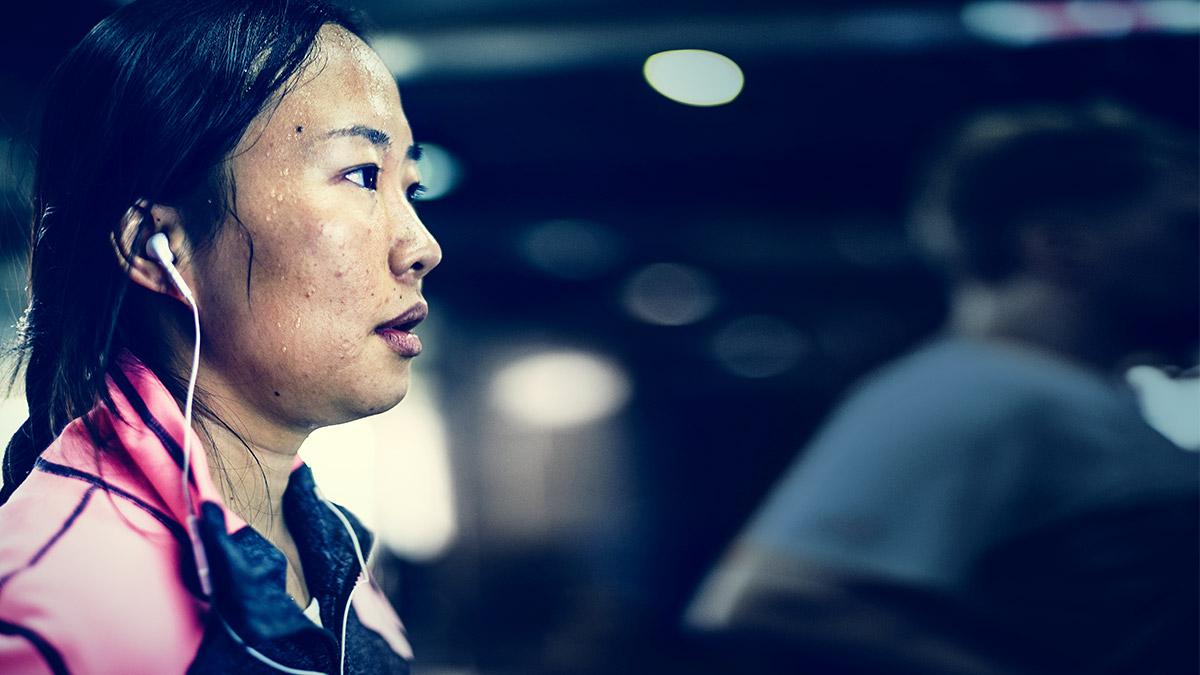 Everything You Need to Know About Sweat

We tend to underestimate the importance of our sweat, but understanding sodium loss is an essential part of training and racing effectively

Sweating is an inevitable and crucial (if a bit unpleasant) part of exercising, yet many athletes underestimate its importance. The composition of your sweat is highly personal, and can have a huge effect on your ability to race and train. Here’s what you need to know about sweat, and how you can use it to your advantage.

Sweat is mostly made up of water and sodium.

We hear a lot about other electrolytes (like potassium, calcium, and magnesium), but sodium is the main one to keep in mind when we’re talking about sweat and athletic performance. The average person’s sweat contains only 150mg of potassium per liter, for example, while sodium can account for up to 2,000mg per liter.

Other electrolytes are essential for maintaining general health, but if you’re sweating you’re losing substantially more sodium than anything else, and that can have a big impact on your capacity to keep training.

The sodium in your sweat is crucial to your athletic performance.

The moisture content of sweat comes from blood plasma, so as you sweat your blood volume is gradually reduced. The resulting evaporative cooling is great for regulating temperature, but there are diminishing returns; a lower blood volume means your cardiovascular system has to work harder to pump enough oxygenated blood to your working muscles. It will also eventually become more difficult for your skin to cool your body down.

Sodium helps maintain your blood plasma volume by signaling to your kidneys to retain more of the fluid you consume. Unfortunately, your body can’t make or store much sodium, so you need to replenish it through your diet, or if you’re sweating often or for prolonged periods, through supplementation as well.

Everyone loses a different amount of sodium in their sweat.

The rate at which you lose sodium isn’t just determined by how much you sweat; it also depends on how much sodium you’re losing in every drop. According to thousands of sweat tests we’ve done at Precision Hydration, some athletes lose as little as 200mg of sodium per liter of sweat, while around 20% of athletes lose more than 1,500mg/l.

Although how much sodium you lose is somewhat influenced by diet, acclimatization to heat and severe dehydration, it’s pretty much stable after infancy. Once you know it, you can predict with fairly good accuracy how much sodium you’ll need in most situations. Knowing where you fall on the sweat spectrum can drastically change your hydration strategy.

Drinking plain water can do more harm than good.

Drinking water in a race situation fine if you’re not sweating too much, but if you don’t replace the sodium you’re losing through your sweat (especially if you’re sweating heavily for prolonged periods of time), you run the risk of further diluting your blood sodium levels.

When sodium levels drop too low, it’s called hyponatremia—and it can potentially be dangerous. Symptoms include headaches, fatigue, nausea, and vomiting—and in extreme cases, seizures, coma, and even death. To prevent hyponatremia, it’s important to supplement your fluid intake with electrolytes to balance the sodium you’re losing through sweat.

How can you dial in your hydration strategy for racing and training?

A recent study found that athletes who adequately replaced the sodium lost in their sweat finished a middle distance triathlon an average of 26 minutes faster than those who didn’t. While that sort of performance gain isn’t likely to be achievable for everyone, it’s well worth spending some time optimizing your hydration plan before your next race.

One way to get started is to take Precision Hydration’s free online Sweat Test to get an idea of what, when and how much you might need to drink during training and races. It’s fairly easy to estimate how much sodium you lose in your sweat, but you can always calculate your sweat rate for a precise idea. As always, you should refine your strategy through some good old fashioned trial-and-error in training and B-races.

When you get a good sense of you your hydration needs, as well as what you need to do to maintain a healthy sodium balance, you’ll be able to train more effectively and race harder. Good luck!