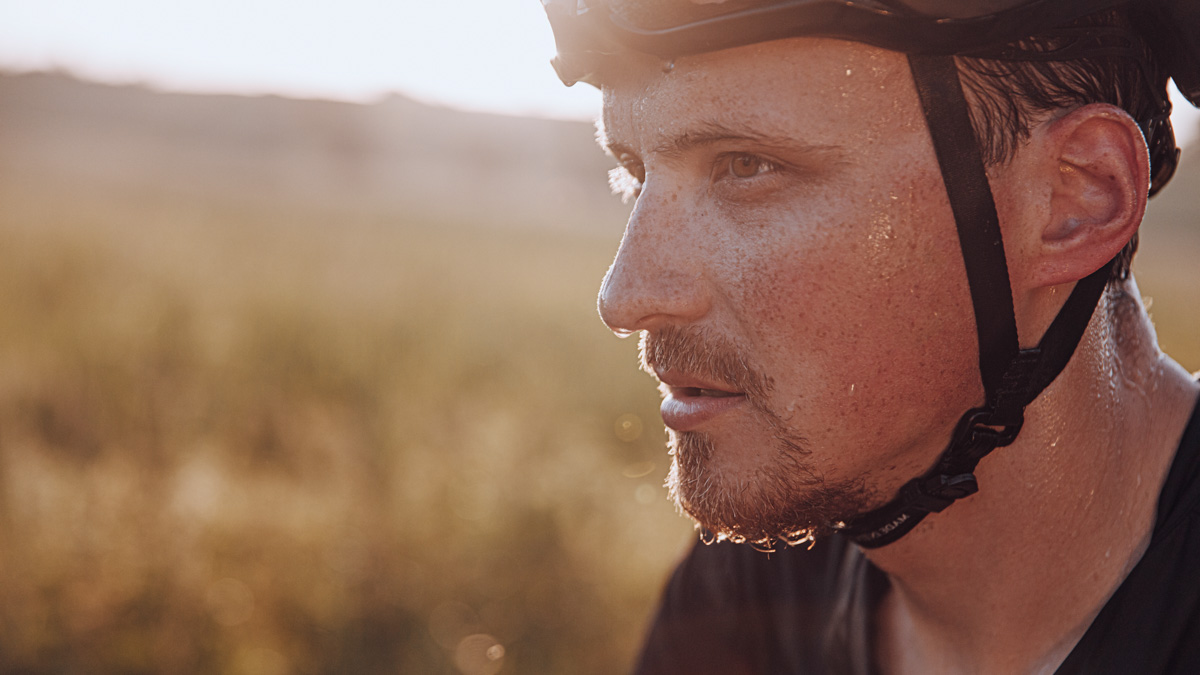 Why Do You Sweat More as You Gain Fitness?

No, you’re not just imagining it. If you’ve been training hard, chances are you’re sweating more. Here’s why, and what other factors might affect your sweat.

If you imagine two people of different fitness levels training together, it’s easy to visualize the unfit guy sweating profusely while the fitter one looks as fresh as a daisy. However, you may be surprised to learn that you actually sweat more as you gain fitness. The reason why comes down to heat regulation.

No matter how much you refine your technique, exercise (from your body’s point of view) is not particularly efficient. A large proportion of the energy burned for movement actually goes into producing heat and not into motion. That’s why, even on a cold day, when you need a thick coat to stay warm during periods of inactivity, you can get seriously hot when running or cycling in just light clothing.

This poses a problem, because your core body temperature has very little wiggle room before overheating becomes a life-threatening issue. A rise from just 37 C (98.6 F) to 40 C (104 F) is enough to put you in real trouble, so you have to be able to offload heat to the external environment effectively if you want to work hard for extended periods of time.

Sweating is the body’s most effective method of dissipating heat, as the evaporation of water away from the skin takes a lot of heat energy away with it. This is why you feel very cold stepping out of the pool or sea, even on a warm day, as the initial covering of water evaporates off rapidly into the atmosphere, taking heat with it.

How Your Body Adjusts to an Increase in Fitness

As you get fitter, a major (and desired) side-effect is that you can burn more energy more quickly, and therefore hold a higher intensity of exercise for a longer period of time. But because heat production is linked to exercise intensity, your body also heats up more quickly when you are fitter, and therefore needs to become better at cooling itself to cope with this demand.

One major way it does this is by decreasing the core temperature at which you start to sweat (i.e. you almost begin to sweat in anticipation of the fact that your body temperature is going to rise when you begin working out). Your body also increases the overall rate at which sweat can be produced.

Put simply, as you get fitter, you can work harder and produce more heat, so the body responds to this by ‘ramping up’ its sweating response and by starting to sweat earlier in order to reduce the risk of overheating.

Let’s revisit that image of the two athletes of different fitness levels. If we took an elite marathon runner and someone who had just started training and got them to run together at 9 minutes per mile, this would be a very low relative intensity of exercise for the elite runner in comparison to their maximum speed. But it might be literally as hard as the novice can go.

In this scenario, the novice will certainly sweat more because he is working relatively harder. But if we got the pro athlete to run at a similar relative intensity (perhaps something like 5 minutes per mile) they would sweat more than the novice, due to having a better-developed sweating response overall.

Other Factors that can Influence Sweat Rate

Fitness isn’t the only factor affecting sweat rate; some people just sweat more than others, regardless of how trained or untrained they are. Genetics play a big role in determining an individual’s sweat rate, as well as body size—bigger people generally have the capacity to produce more sweat than smaller folk simply because they have a larger body surface area and more muscle mass to generate heat. Men, on average, also sweat more than women. Whilst the exact reasons for this aren’t fully understood, they have been studied, including in an interesting paper published in 2010.

Additionally, acclimation to the heat promotes an increase in sweat rate for the same basic reason that increased fitness levels do (i.e. it’s a coping mechanism to prevent too much of a rise in core body temperature). Finally, some drugs, medical conditions, foods and other factors (e.g. psychological stress) can exert influence on sweat rate, as anyone eating a hot curry while taking an exam will tell you!

In other words, there are many factors that affect how much you sweat, and fitness is just one of them. If you’d like more information on determining your sweat rate, you can learn more about it on Precision Hydration.