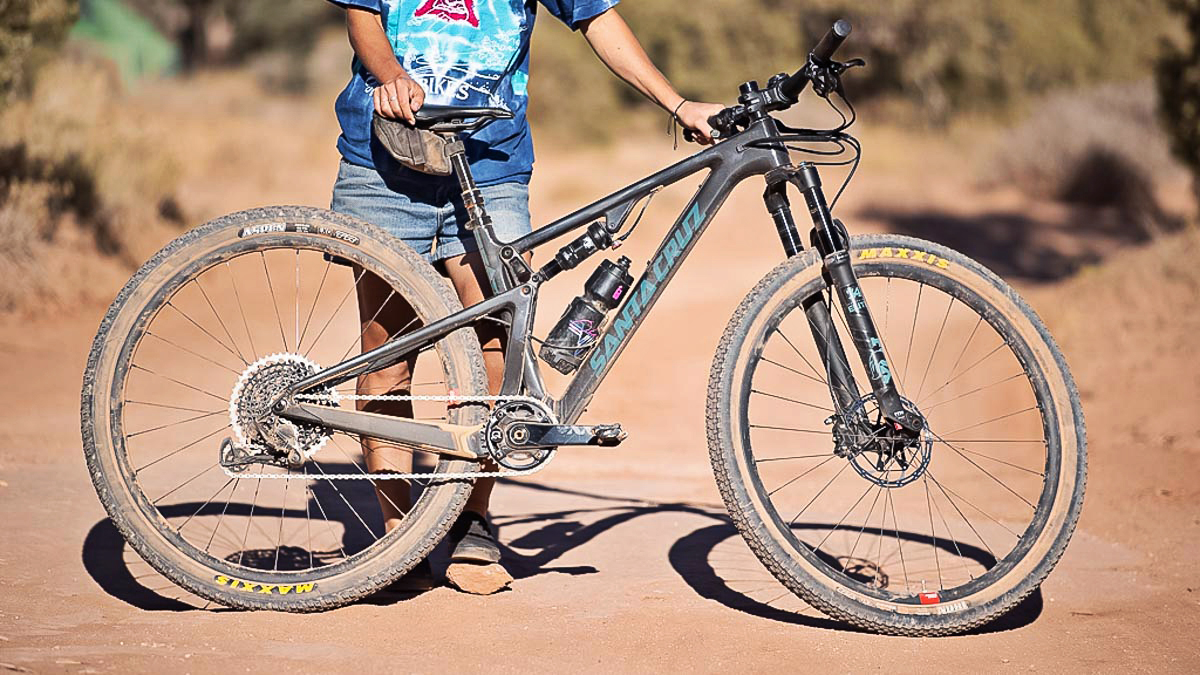 See What it Takes to Set a White Rim FKT

Like many popular routes in 2020, The White Rim mountain bike route in Utah has become a hotly-contested FKT. See how Reese Ruland’s attempt played out.

The White Rim route in Utah has always held a strong draw for cyclists, with its stunning vistas and challenging terrain. The 100-mile off road loop can take anywhere from one to four days (or more) to complete, depending on riders’ fitness and ambition levels. In the 2020 season without traditional racing, it’s also become a popular FKT (fastest known time) route for elite riders looking to test themselves.

The battle for the women’s record got a little bonkers this October, after pro gravel rider Amity Rockwell set a time of 7:44:59 on October 2. Two weeks later, a collegiate talent named Kira Payer logged a 7:28:44, and just four days after that, Reese Ruland shaved off another ten minutes with a 7:17:51. It wasn’t over yet—in the time it took for us to analyze Reese’s file, pro mountain biker Alexis Skarda became the first woman to break 7 hours, with a 6:57:17 set on Halloween.

Here, we’ll look at Reese Ruland’s extraordinary effort, for an idea of what it takes to (even briefly) hold an FKT on this grueling route.

The opening 24km of the ride covered two vastly different types of terrain, beginning on top of a plateau before dropping down a steep canyon wall to Green River. The initial 20km consisted of a slightly descending gravel road, which allowed Reese to kick off at a good speed without going too deep. Reese avgraged 32.4kph on this initial fast and open sectio, with a constant power of 175w, 3.18w/kg.

Next came a 2.77km technical descent down to Green River. This descent took Reese down Labyrinth Canyon on a 10 percent gradient, with parts going as steep as 20 percent. There were also a number of technical switchbacks and loose surfaces.

Due to her road-focused background, Reese knew these technical sections would be a challenge, and it took her nearly six minutes to finish this section.

“I knew the splits of the previous FKT holder, but after the first descent, which I went SO slow on, I decided that I was just too far behind to even care anymore. At 15 miles, I decided I should just wing it and enjoy myself.” Fortunately, her pace over the rest of the route made up for her early setbacks.

After the first 24km, Reese got a break with some flat terrain. For the next 33:50min and 13.6km she rode at a NP of 174w, 3.2w/kg with a VI of 1.09, That means that her power was more consistent during this part and able to maintain a consistent rhythm.

The first real climb of the ride came at the 35km mark, when the trail took her away from the Green River and pushed her higher up the Canyon. This climb has pitches up to 13% but averages around 6%, and it was here that Reese managed to put out her peak 5min power for the day: 215w, 3.95w/kg. During these portions of the course, her power and effort were consistent, showing that without the technical complications, Reese could put her physical attributes to maximum benefit.

The middle of the ride winds deeper into Canyonlands National Park, with a 40km gradual drag uphill, followed by a slight decline for 30km. This is where Reese got herself back on track with her target pacing schedule.

“After I uploaded my ride, I saw I was 10 minutes down at the 50 mile mark. But I gained that back by the time I reached the bottom of the last climb,” said Reese.

With this challenge being unsupported, it was crucial to have an adequate fuelling strategy. Reese says she focused on using  fluids to consume high amounts of CHO and to maintain good muscle glycogen. Along with her hydration/CHO mix she also consumed two packages of Skratch gummies and two waffles during her ride. In her own words she was “totally fuelled and hydrated the entire ride.” Her consumption of CHO and high hydration levels really allowed her to make the last half of this epic ride faster than the first half.

Stats for first half of ride:

Pushing for the Record

The last part of this epic challenge is dominated by the “Shafer Climb,” a savage 4.5 km climb at 8.8 percent with pitches up to 15 percent. What makes this climb even more challenging is the fact that Reese hit it after six hours of riding. With physical and mental fatigue starting to set in, this climb has broken many a FKT attempt—but by the time Reese started this climb, she was spot-on with her pacing schedule, and with the current record. With just 22km left of riding remaining, she had a clear chance at the FKT.

This was a big effort, and it paid off for Reese; she was 6 minutes up on Kira’s record by the time she crested the top. She had gone from out-of-contention to riding under record time, with just a few miles left to the finish.

Her pace did not drop as she used the last 17.7km on open terrain to drag out her lead even further. In this final 17.7km of flatter/rolling terrain, Reese averaged 165w, 3.03w/kg, 176np, 3.23w/kg and a blistering speed of 28.8kph (remember, she’s on a mountain bike). This effort was a massive push in power to squeeze out every second. Finishing so strong was key to her success in breaking the record on this epic challenge.

Stats for last half of challenge:

On her effort, Reese was lighthearted.

“I would like to note that FKTs are silly. It’s a fun way to challenge yourself and of course, I feel proud of myself, but at the end of the day, totally arbitrary. Going fast was the cherry on top of an amazing day in the desert. I am more proud of how I rode: I’m a horrible mountain biker. I rode sections I had no business being on. I launched off drops that I normally would crash on. I know there is SO much time to be made up on the technical side, that I’m excited to see how fast other women can go!”

A massive well done to Reese on her challenge, and we’ll all be watching to see how long Skarda’s time stands!