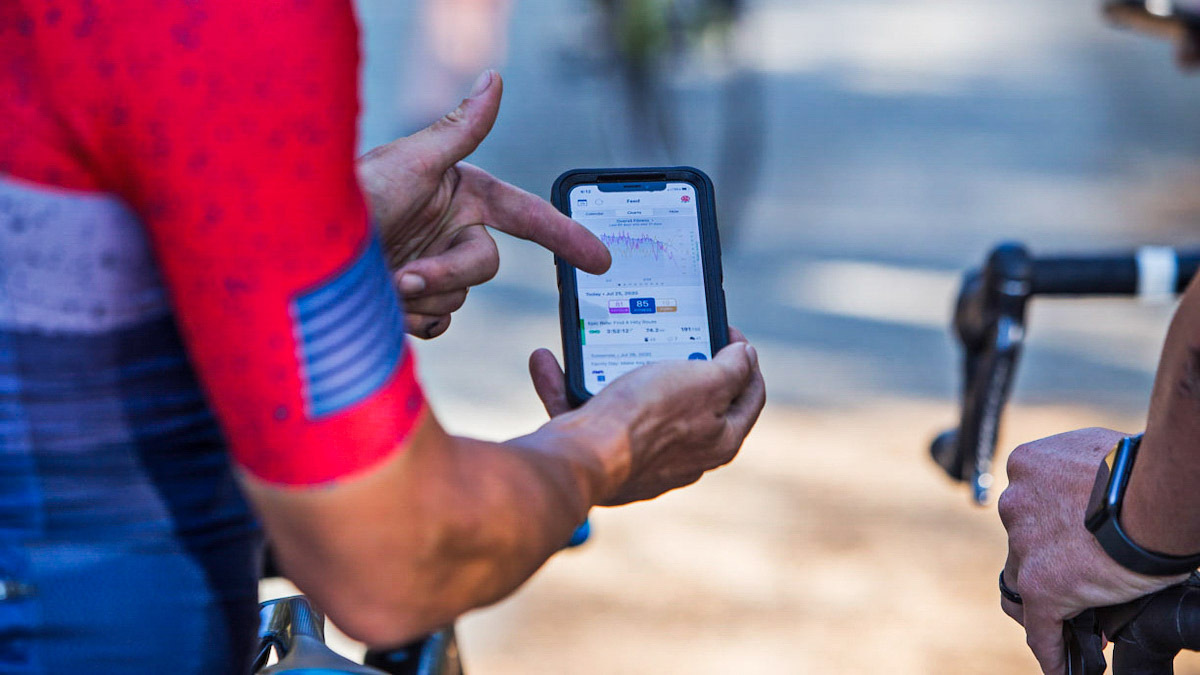 How Cycling Affects Your Run Metrics

Cycling and running aren’t always complimentary—these tips will maximize your ability to run fast off the bike.

When Alistair Brownlee stormed to his second successive Olympic triathlon gold at the 2016 Rio Olympics, he ate up the 10km run in a swift 31 minutes and nine seconds. Gwen Jorgensen won the women’s gold, blasting through the 10km run in 34 minutes and nine seconds. Analyze both runs and the captivating images are of both elites executing pitch-perfect running form — as you’d expect from athletes at the peak of their powers.

Sadly, back on planet age-grouper, things were very different when the biomechanics of cycling and then running are placed beneath a microscope. It seems the prospect of injury is heightened if your form isn’t like Brownlee’s or Jorgensen’s.

Around 70% of injuries reported in triathlon occur during, or because of, the run. That’s not surprising, as the weight-bearing nature of running, though good for bone health, is more stressful on the joints and muscles than both swimming and cycling.

According to research, this specter of injury is further impacted by the previous bike section. A team from Miami University examined a group of triathletes’ running posture and movement patterns in what’s called the “sagittal plane.” This is also called the “longitudinal plane,” and anatomically divides the body into right and left parts.

The US researchers examined the running patterns of 28 recreational triathletes who ran at a self-selected speed on a customized treadmill, both before and after riding a bike for 30 minutes. Their cycling intensity was based on their rate of perceived exertion (RPE), with the athletes told to settle into the range of 12-14 out of 20, which translates as moderate to somewhat hard.

Twelve cameras surrounded each runner (and treadmill) to capture the triathletes’ 3D kinematics at different times (at 2, 6, 10, and 14 minutes) during the run. The goal was to understand how 30 minutes in the cycling position influenced their subsequent running biomechanics.

The results? It’s perhaps of no great surprise that running movement was significantly impacted by spending 30 minutes in the prolonged and trunk-flexed cycling position. Whereas the likes of Brownlee and Jorgensen flow gracefully from bike to run, striding into a sustainable, efficient, and fast tempo, the recreational triathletes saw greater peak angles for anterior (forward) pelvic tilt; an increase in hip flexion and spine extension; and a decrease in hip extension across all the time points.

Essentially this meant a greater forward lean around the pelvic area and exaggerated hip flexion. This resulted in a forward-leaning posture that resulted in a far-from-optimum stride length.

These inefficiencies and changes were noticeable in the sagittal plane, specifically at the spine, pelvis and hip, leading the researchers to conclude that these alterations were enough to increase injury risk and, of course, impact running performance.

These effects are not ideal, but not terminal either. There are plenty of solutions for age groupers hoping to improve their run — one being hip-flexor stretching. A simple exercise is easing into the lunge position and gently applying pressure to the buttocks of the rear leg in a forward direction to increase the stretch intensity. A more complete gluteal and lower-back strengthening program will also improve hip extension and running posture after cycling.

There’s also evidence from a study in Spain that plyometric training bulletproofs the triathlete’s body so that they’re more resilient to neurological fatigue when transitioning from bike to run; in fact, the researchers showed a significant improvement in the first kilometer post-T2 due to better biomechanics.

Again intuitively, the cycling portion also affects running efficiency, or economy, according to a further study from Australia. Broadly speaking, good running economy equates to expending less energy for a given pace. This is especially attractive at higher speeds where you burn through limited glycogen (your muscle’s carbohydrate stores) stores at a swift rate.

The Aussie team analyzed the running economy, muscle activity and limb movement along the sagittal plane of 15 moderately-trained triathletes, again either following the bike (this time a 45-minute high-intensity ride) or with no preceding cycle.

What did they find? That muscle recruitment and kinematics during running was significantly changed post-cycle in seven of the 15 triathletes. This alteration realized a significant drop in running economy, leading to greater oxygen uptake to sustain the same running speed. Interestingly, a change in ankle angle when the foot contacted the ground accounted for about two-thirds of the reduction in running economy.

Strategies to rectify the situation include building optimum ankle strength and flexibility via such simple exercises as calf raises and suitable stretches. And even exaggerating the ankle movement when pedaling (also known as ‘ankling’) a few minutes ahead of T2 to prepare you for the run. Spinning at a lower gear is also beneficial for the change from pedaling to striding.

With a few strengthening and stretching exercises, you can bike and run into 2021 with the stylish, efficient, and injury-reduced biomechanics of a Brownlee or Jorgensen.