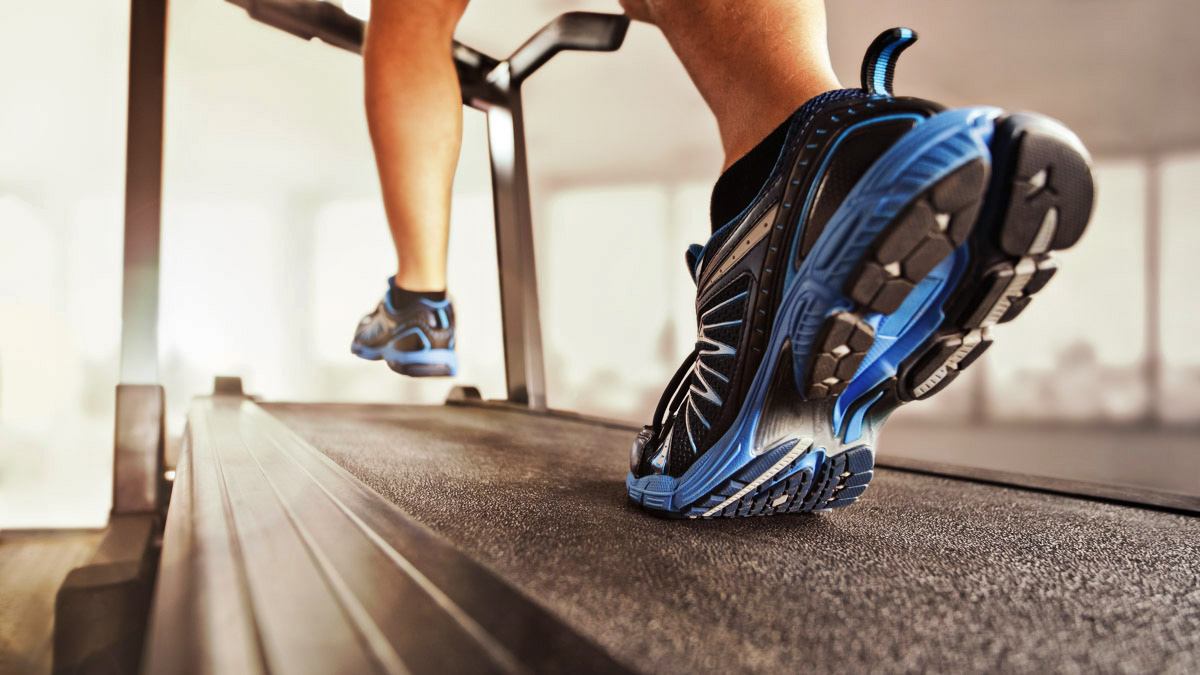 Will A Non-Motorized Treadmill Make You Faster?

There’s growing evidence that non-motorized treadmills might be more beneficial to your training than traditional treadmills. Here’s what we know.

The global pandemic has witnessed a boom in running, and not just outside. Stringent rules, especially in lockdown, have limited outdoor activity. Cue Twitter being flooded with footage of professional and recreational athletes alike coming up with ingenious ideas to keep fit. The video of U.S.A.’s 5,000 m Olympic silver medalist Paul Chelimo pouring soap into his hotel bath to create a makeshift treadmill is particularly humorous.

Then there’s three-time Ironman world champion Jan Frodeno, who ticked off 42.2 km on his treadmill after swimming 3.8 km in his endless pool and cycling 180 km aboard his Wahoo KICKR for an 8.5-hour indoor race.

Needless to say, indoor running has never been as popular. But if you find yourself pining for a treadmill, there’s mounting evidence that you should go for a non-motorized version. Here’s why.

What the Science Says

First, let’s explain the obvious. A non-motorized treadmill contains — you guessed it — no motor. Instead, the speed of running is dictated by you. Run at the front of the (often) curved belt and you increase speed; ease back and you slow down. There’s no need for buttons — it’s just you, your muscles, cardiovascular system, and technique.

The Benefits of Non-Motorized Treadmills

Although the name stirs up archaic images, non-motorized treadmills utilize cutting-edge technology, especially top-end ones that offer detailed analysis thanks to force plates beneath the belt. These measure the real-time power output of the runner. This is particularly useful when it comes to rehabilitating an injured runner.

Most of us are probably far too aware that when you return from an injury you often favor your ‘stronger’ side, whether in the form of imperceptible gait changes or a full-scale limp. These force plates provide useful information to the onlooking expert that, via specific exercises, can rectify the situation before it becomes a full-blown problem.

Another key benefit of running on non-motorized treadmills is potential injury reduction. There is evidence that generating greater physiological overload at a slower running speed places less stress on joints and muscles. As knee problems are so common in running, that’s a big plus point.

It’s a similar feeling to off-road night running, where every footfall demands careful attention. Anyone who’s ever run on a non-motorized treadmill knows it takes a little while to acclimatize — that feeling you’re going to fly off the back is a real one! But like a cyclist mastering riding on rollers, it doesn’t take long before you hit your stride.

These real-world benefits extend to acceleration, too. A non-motorized treadmill reacts more nimbly to changes in speed. This is particularly useful in sports like soccer where the average sprint is around seven meters, but is still of relevance to endurance runners who require swift shifts in pacing for interval training.

One final thumbs-up for the non-motorized treadmill comes in the form of improved running economy, with one study suggesting this comes down to a reduction in ground contact time. This is something you could assess for yourself if you have one of the latest Garmin Forerunners, for example, which measure various run metrics including ground contact time. Note: this does require the purchase of a chest strap.

Non-motorized treadmills certainly have their benefits, but there are caveats. While the physiological demands have shown to be greater, there’s little evidence that this translates into increased performance; not for outdoor running, anyway. Adding a weighted vest, for example, will increase your load — but it might not make you a faster endurance athlete.

Increasing your training load should be managed as part of a holistic training plan, especially for a triathlete who has three disciplines to consider. If exertion is higher for lower speeds, it will take meticulous assessment and planning to see how these non-motorized treadmill efforts can accurately fit into your zoned training program so that you avoid over- or under-training.

They’re expensive too — a Woodway Curve 3.0 typically costs around $6,000, although cheaper alternatives are available. It’s important to try one in a gym before you consider buying one for your pain cave. Despite these hurdles, the evidence that supports hopping onto a non-motorized treadmill is compelling. Just make sure you concentrate those first few times, or your efforts could be short-lived!