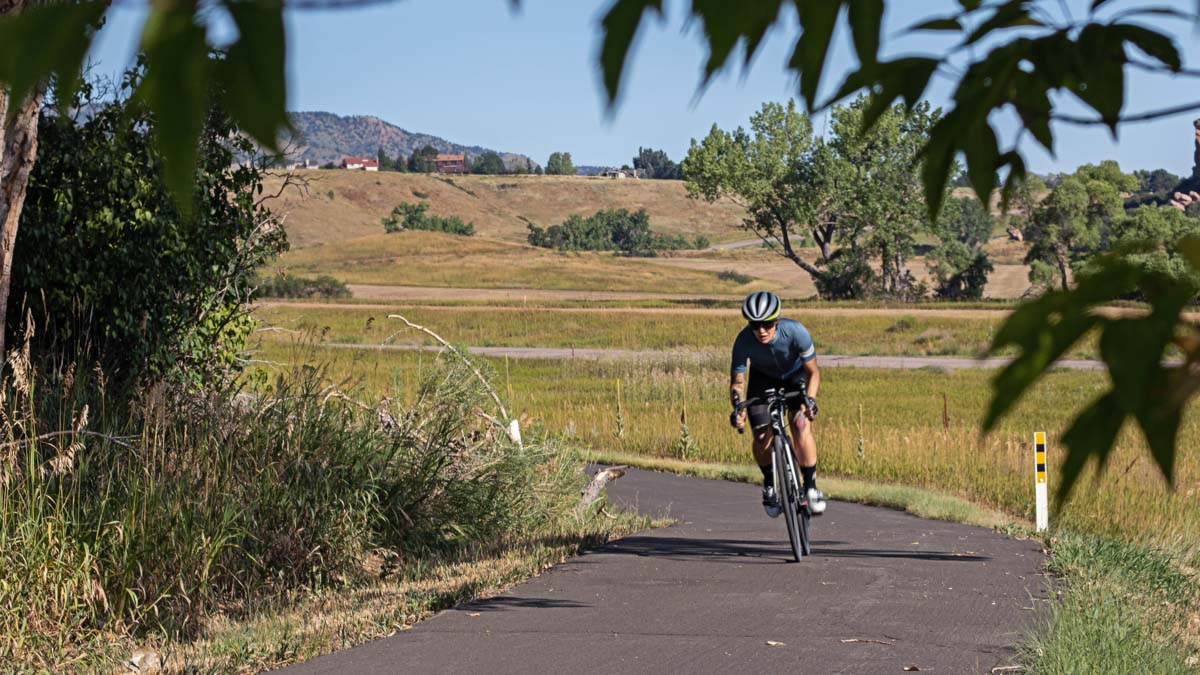 What is the Best Workout for Increasing VO2 Max?

Chasing an ever higher VO2 max is one thing, but finding the right workout to achieve it is another. Coach Matt Fitzgerald offers three top contenders.

Training at or near VO2max — the exercise intensity at which an athlete reaches his or her maximal rate of oxygen consumption — has long been known as an effective way to increase aerobic capacity (which is what VO2max measures). That’s important because aerobic capacity, or the ability to use oxygen to power muscle contractions, is a major contributor to endurance performance.

In recent years, scientists have become interested in designing interval workouts that maximize the amount of time an athlete spends at or near VO2max, without simply making the workouts harder and harder. The idea is that such workouts will yield a bigger boost in aerobic capacity. As an athlete, you might be interested in knowing which of these workouts is most effective for increasing VO2max. Let’s take a look at a few candidates.

Traditional interval workouts focus on a single, uniform intensity. But in 2019, scientists at the University of Kent and Inland Norway University created and tested a workout that featured work intervals of variable intensity, believing it might enable athletes to spend more time at or very near VO2max. The workout consisted of six, 5-minute intervals ridden at 85% of maximum aerobic power (or MAP, which is the highest power output an individual cyclist achieves in a ride to failure at increasing power levels) separated by 2.5-minute active recoveries. The added wrinkle was the insertion of three, 30-second surges at 100% of MAP within each interval, with the baseline effort lowered slightly to 77% of MAP to make the intervals feasible as a whole.

The new workout was tested on 14 trained cyclists, who completed both it and a more traditional constant-intensity interval workout on separate occasions. On average, the cyclists spent 6:50 of cumulative time above 90% of VO2max during the variable-intensity workout compared to just 4:46 above 90% of VO2max during the traditional workout. After each session, the cyclists were asked to rate how difficult it was, and despite the discrepancy in physical demands, the two versions were judged about equal — 6.0 vs. 6.6 on a 1-10 scale of perceived effort. These findings, which were reported in the International Journal of Sports Physiology and Performance, indicate that the variable-intensity interval workout is more physiologically stimulating without being harder.

One year after this study appeared, some of the same researchers tested a different workout intended to serve essentially the same purpose. The 30-15 workout, as I call it, consists of large numbers of 30-second intervals punctuated by 15-second active recoveries. The reasoning behind this design was that the shorter-than-normal intervals would allow athletes to do lots of them, while the even shorter active recovery segments would ensure that the rate of oxygen consumption remained high.

The 30-second efforts were done at 94% of MAP, which is sustainable for about 15 minutes in a time trial, and the 15-second active recoveries at 77% of MAP. The complete workout comprised three sets of 13 intervals with 3 minutes of easy pedaling between sets. This format was tested against a traditional VO2max workout (4 x 5:00 @ 85% MAP/2:30 active recovery). Eighteen cyclists were separated into two groups, one of which did the traditional workout three times per week for three weeks with supplemental low-intensity riding, while a second group did the 30-15 workout thrice weekly alongside the same amount of low-intensity riding as the first group.

All of the cyclists completed performance tests before and after the three-week intervention. On average, members of the 30-15 group experienced a 4.7 increase in power output in a 20-minute time trial, whereas performance actually decreased slightly in the other group. Rønnestad’s team attributed these disparate outcomes to differences in mean power output and cumulative time spent above 90% of VO2max between the two workouts. Again, though, the subjects rated the two sessions about equal in perceived difficulty.

Not to be outdone, researchers at the University of Udine, Italy unveiled their own innovative VO2max workout in 2020. This one featured high-intensity work bouts that steadily decreased in length throughout the session, a design based on past research showing that longer intervals at high intensity allow athletes to reach VO2max quickly, whereas short intervals allow them to continue longer before reaching exhaustion. Would a set of decreasing intervals offer the best of both worlds, comparing favorably to a set of long intervals and a set of short intervals in these respects?

To find out, the researchers had 12 cyclists complete the following three workouts:

In a paper published in the European Journal of Applied Physiology, the researchers concluded that “despite the higher stimulation of VO2, the rate of perceived exertion and the other physiological parameters at the end of the exercise were not different compared with long- or short-interval HIIT, suggesting that (the decreasing intervals format) was not more demanding. In light of the favorable or similar physiological and/or perceptual responses to (decreasing intervals) compared to the other protocols and given the improved capability to prolong the time close to VO2 peak, it could be used as a preferable method to elicit similar or greater physiological adaptations.”

We’ve now seen three good candidates for designation as the best workout for increasing VO2max. So, which one truly is the best: variable-intensity intervals, 30-15 intervals, or decreasing intervals? You probably knew all along that the question posed in the title of this article was a trick question, and indeed it is.

Science is great, but it has certain limitations. The conditions that scientists are required to create in order to make head-to-head comparisons between workouts are artificially simple compared to the real world. If one workout increases VO2max more than another in a study lasting three weeks, who’s to say the opposite wouldn’t be true over nine weeks? And who’s to say that the greater increase in VO2max that one workout confers compared to another will translate to a bigger improvement in real-world competitive performance? It’s impossible to properly assess the effectiveness of a given workout type outside of the context in which its benefits are manifested, and that’s exactly what studies like the ones just described lack: context.

The question addressed in this article also assumes that, once the most effective workout for increasing VO2max has been identified, athletes should do that workout exclusively going forward. But this would be inadvisable. Whether your goal is to increase your VO2max, your lactate threshold, your endurance, or any other facet of overall fitness, it’s best to use a variety of workout formats to get the job done.

In the specific case of aerobic capacity, it’s important to keep in mind that this fitness component itself is multidimensional. It has numerous distinct physiological underpinnings, each of which responds differently to different types of training. Even long workouts done entirely at low intensity develop certain components of aerobic capacity in ways that do not entirely overlap with the body’s adaptive response to high-intensity training. For a similar reason, you should never limit yourself to a single high-intensity workout in your quest to boost your VO2max.

On a psychological level, mixing up your workout formats keeps the training process interesting, and the more engaged you are in your training, the more you’ll get out of it. Finally, different types of workouts present different pacing challenges. In learning to master a variety of VO2max workouts you will get better at finding your limit generally, a skill that will translate to better race performance regardless of your VO2max.