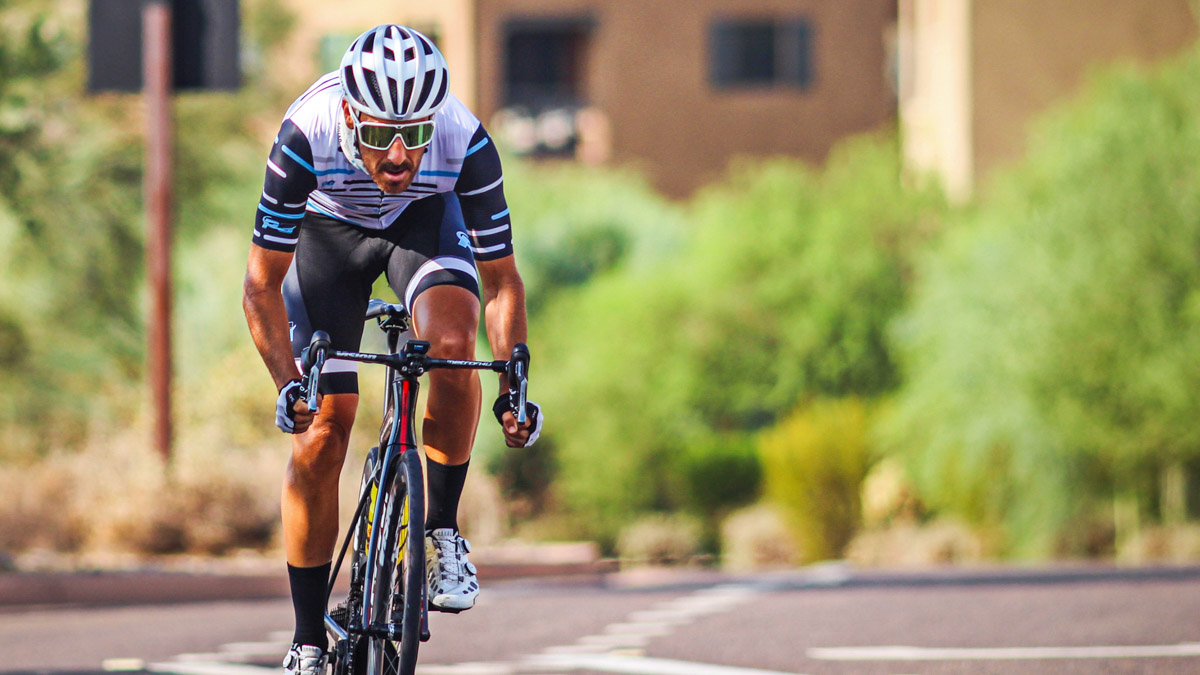 Incorporating strength workouts into your endurance training is widely accepted, but there are risks involved. Cycling Coach Kolie Moore explains how to protect your aerobic fitness while reaping the benefits of strength training.

Balancing the two different types of training can be challenging. Frequent issues with concurrent training include where to fit strength training into a normal week of endurance training, what order to place endurance and strength training during the same day, and how to balance fatigue from each modality. The best solution for you may not be the same as for another athlete, depending on the goals to be achieved. This article will look at different ways to assess your needs and how to adjust training accordingly.

A study by Robert Hickson in 19801 remains an excellent example of the problems faced by concurrent training. Over the course of ten weeks, three groups of recreationally active subjects trained in different ways. One group did only endurance training, another did only strength training, and the third did the same programs as both the endurance and strength training groups, generally separated by about two hours of rest.

The strength group consistently improved their maximum strength over the course of the ten week study, and the endurance group improved their VO2 max similarly. The concurrent training group initially improved both their strength and VO2 max, but after seven weeks into the study, strength improvements leveled off and then decreased. This eventually became known as the “interference effect.”

More than four decades after the writing of this paper, Hickson’s comments are still salient when training the same muscle group for both strength and endurance adaptations; however, the paper does show its age, because at the time it was not clear what caused the interference effect. Still, his purpose was only to determine if interference occurred, rather than discover its mechanism. Though most athletes don’t undertake concurrent training as intensely as was done in this study, the study does a crucial job illustrating the interference effect that can occur and how aerobic adaptation seems to take priority over improvements in strength.

Modern scientific technology has allowed us to understand strength and endurance interference mechanisms in detail. The single most important regulator of muscle protein synthesis and growth in response to strength training is the mechanistic target of rapamycin (mTOR), which begins the signaling process to build new muscle when activated by mechanical load sensation2 (i.e., weight lifting, bodyweight exercises, resistance bands, etc.). To understand how to use mTOR activation to achieve our training goals, we should understand how aerobic training may interfere with its activation. For detailed reading on this, Keith Baar has written a thorough review3 that’s summarized below.

In response to strength training, mTOR can be significantly activated for 18 hours, and further elevated over baseline levels for longer in untrained individuals. However, aerobic signaling pathways can interfere with mTOR activation, which can explain the interference effect seen by Hickson. A cellular energy sensor, AMP kinase (AMPK), can inhibit mTOR after being activated by high energy demands. There are also other potential pathways currently under investigation that may inhibit mTOR activation that are not fully explained by AMPK activation.

The practical learning is that the pathways activated by intense exercise can inhibit muscle growth. What constitutes “intense” endurance exercise can only be estimated, since duration can play an important part. A conservative assumption would be any endurance ride over 2-3 hours, or anything harder than moderately difficult interval sessions over about 80% FTP.

One aspect of concurrent training that has seldom been explored is the impact that strength training can have on endurance training. However, in my coaching and training experience, the fatigue experienced from lifting heavy weights, or moderate weights at high volume, can significantly impede aerobic improvements in key metrics like VO2 max or FTP. The first time I saw this effect was early in my coaching career when an elite female cyclist was lifting on Tuesdays, alternating deadlifts and squats each week, followed by single leg press. Thursday through Sunday were her endurance workouts. After several weeks, we didn’t see the expected aerobic improvements, and workout progression had stalled. Even though she enjoyed the strength work, I cut out the strength training in favor of specific intervals for her approaching races, and shortly thereafter we saw improvements in FTP.

Like Hickson, the exact cause is unclear to me, but there may be some clues in modern research. A recent publication5 looked at glycogen depletion in elite power and olympic weightlifters who performed a lower body strength session that might look like a hard strength training session for cyclists. The workout was 4 sets of 5 squats, 4 sets of 5 deadlifts, and 4 sets of 12 rear foot elevated split squats. Muscle biopsies were taken before and after the workout in order to assess glycogen depletion. Muscle glycogen was depleted by 38% on average, but could be greater in some specific locations inside the muscle fiber.

Muscle glycogen is a limited resource in muscle, and can take days, rather than hours, to fully replenish6. Glycogen depletion after a strength workout can greatly affect endurance training workouts, to nearly the same degree as one would see in an exhaustive endurance workout7.

This data agrees with my coaching experience that some (but not all) cyclists experience significant reductions in performance for several days after heavy or high volume strength training. Particularly with extensive threshold work like FTP, sweetspot, and tempo, the intensity or duration is often difficult or impossible to maintain. Further research shows that muscle glycogen content is significantly correlated with endurance capacity8. For cyclists, maintaining endurance capacity means doing high quality aerobic workouts.

The easiest way to see this fatigue is by observing a large discrepancy between power output and expected rating of perceived exertion (RPE) on a 1-10 scale. For instance, if within 2 or 3 days an athlete’s workout is 3×20 minutes at 100% FTP at an expected 7/10 RPE, but it ends up as a 9/10 RPE (and other factors are well controlled for), this can be a sign of fatigue, and in the next weeks I would begin to go through the options below to reduce this effect.

Sometimes simple solutions are best. For instance, a cyclist I coach wanted to perform strength training to improve his sprint while also improving aerobic fitness and Zwift racing on thursdays. After his long weekend rides, he took Monday off, lifted Tuesday after a short and easy ride, and rode recovery on Wednesday. He was going into his Zwift race on Thursday with enough fatigue from lifting that it warranted a change. I moved his strength session to Monday and his day off to Tuesday. He recovered enough to do a moderate intensity threshold workout on Wednesday and raced well on Thursday. The week after moving his strength workout to Monday, he had set his all time best power numbers from about 10 to 45 minutes two weeks in a row.

Generally speaking, if maximum strength improvements and muscle hypertrophy are desired, hard strength workouts should be followed by rest or active recovery for 24-48 hours. If performing strength and hard endurance training on the same day, do the endurance workout first and allow at least 3 hours between workouts. On the other hand, to utilize the interference effect to perform strength training with minimal hypertrophy, perform short sprints before a strength workout, or if fatigue from strength training is not too evident, a somewhat difficult aerobic ride later in the same day.

In conclusion, let’s take a brief moment to set up realistic expectations. The reality is that there is some evidence that personal training history as a strength or endurance athlete can change the above outline of adaptation interference from concurrent training effects. This means that despite the recommendations that can be made from the scientific literature, they may not provide exactly the right solutions for each individual. Experiment with the timing of your training sessions and see what works best for your personal needs. Don’t be afraid to seek a second opinion from a coach or experienced athlete you trust.