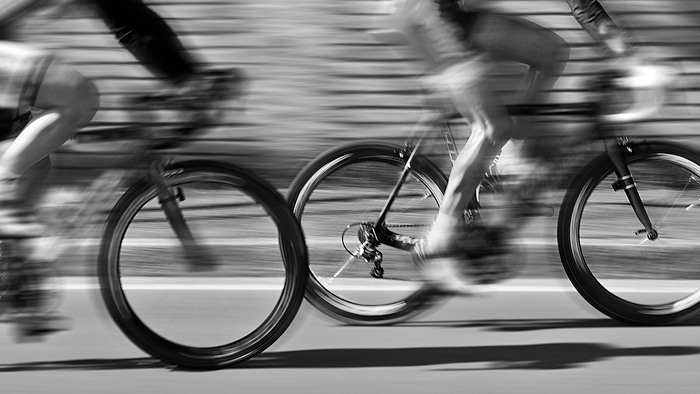 To be successful at your next event, your training should prepare you for the unique demands you will face. Here, Jim Vance explains the two common mistakes athletes make in their training and to make sure you prepare correctly.

Most athletes understand the basic Principle of Specificity, meaning that if you want to get better at something, you have to practice or train that specifically. If you want to be a better bike racer, you better spend a good amount of training riding your bike. Want to run a marathon, better do some run training. Seems simple, because it is simple.

The basic premise of periodization is changing the training stress over time, from general training, (skills and abilities that are not specific to the race event, but important still), to very specific training, mimicking the demands on race day as the main goal event nears.

Athletes and coaches need to understand what general abilities are holding an athlete back, such as their technical skills or basic aerobic conditioning, and focus on those during the general preparation phase. Once that phase ends, whether because it is closer to race day, or the athlete has plateaued in these areas which they focused on developing, then it becomes time to train to mimic the specific demands of the goal event.

There are two common mistakes I find that athletes make in training. The first is never changing the training stress over the course of the year. I find this happens because many athletes don’t really understand the difference between specific training and general training. They simply do the same workouts week after week, with no planned goal of what skill or energy system they want to develop. Some athletes take a period of the year to do “easy aerobic base training”. Even if these skills don’t need to be address significantly, the fact these athletes recognize the need to mix up their training and build their specific fitness in a different part of the year can do wonders for their development.

The other common mistake I see is athletes not really training specifically for what they want to accomplish. I find many athletes do this because they are not aware of what their specificity really is. If you’re a bike racer preparing for a stage race, you need to be able to pack a few days of specific types of training stress over the course of those days, not just one big group ride on a Saturday with your friends and local club. If you’re an IRONMAN triathlete, you need to prepare for a large single day stress, not a series of stressful days in a row, beating you down.

If you’re a sprint triathlete, doing long century bike rides aren’t specific, and don’t fit in with what you’re attempting to be successful at. If you’re a non-drafting Olympic triathlete, doing group rides with big attacks and sitting in the peloton, soft-pedaling or coasting most of the time, doesn’t match the race demands of steady-state effort near threshold power. Those types of workouts can be helpful for athletes in their overall development, but not in the specific period, where sessions should be as exact to the demands of the race as possible.

Looking at this graphically, it is easy to show how power outputs compare in distribution by power zones for a circuit race, compared to a non-drafting Olympic distance triathlon, using Andy Coggan’s Power Zones in TrainingPeaks.

In this circuit race file, you can see how the distribution of power is mostly on the two ends of the spectrum of very hard and intense, or very easy, even coasting. In the Olympic distance file, over a rolling course it is much more concentrated in the middle zones.

You can see the clear difference in the race demands these individuals are preparing for, so these two athletes should have very different looking workouts during the specific preparation period.

One of the most important questions you can answer for yourself as an athlete is, “What is my specificity?” Go back and look at major race files you may have, and see how they compare with the training you did in the weeks leading up to the goal events. If they matched very closely in the demands you placed on yourself, then you likely did a great job preparing yourself! If they didn’t match, it is time to address your preparation, and make sure you are aware of what you’re specifically preparing for.

About Jim Vance
Jim Vance is a Level 2 USAT Coach, an Elite Coach for TrainingBible Coaching, Head Coach of Formula Endurance, and is a former elite triathlete. You can find his training plans in our store here.
Visit Jim Vance's Coach Profile