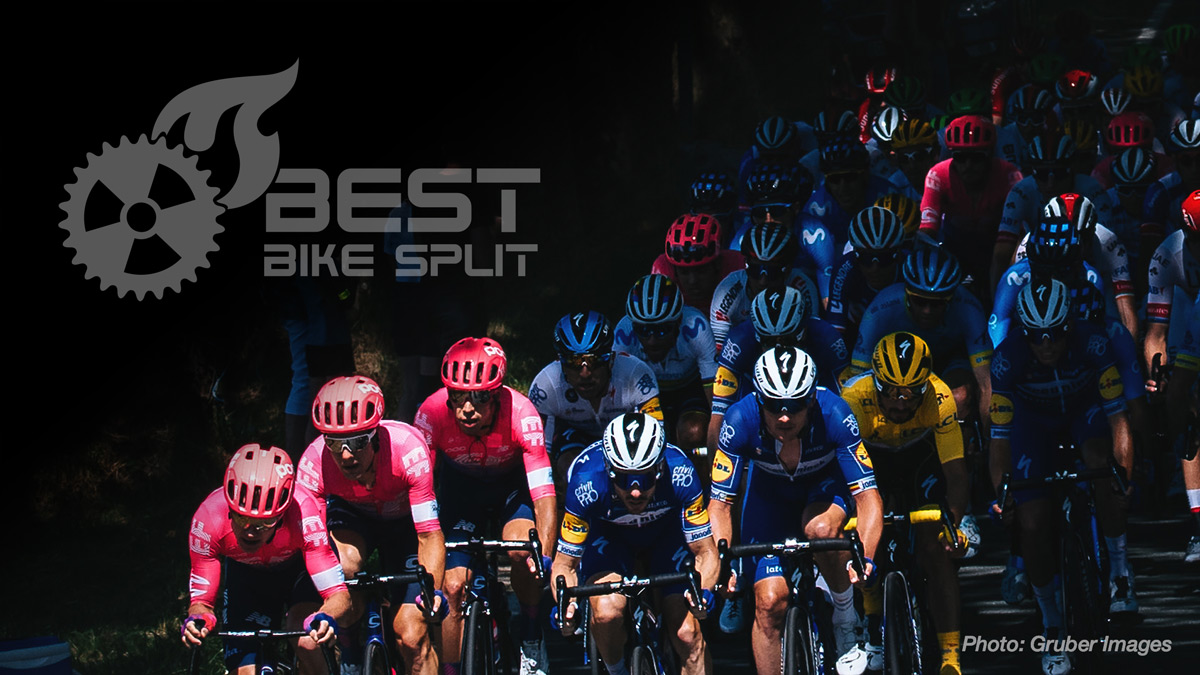 Stages 12-15 will deliver on everything that makes the Tour de France great. See how the action will play out according to Best Bike Split models.

The 2019 Tour de France is shaping up to be another very exciting edition, and though some of the favorites were out before it began, last year’s winner Geraint Thomas returns to face a bevy of hungry newcomers anxious to step to the challenge. This year’s route features some extremely challenging stages, but what makes it even more daunting is the clustering of difficult back-to-back days.

There are obvious singular standouts, like stage 6 (La Planche des Belles Filles, plus 1000 meters of steep gravel roads to the finish), and stage 18 and 19 featuring the iconic Col d’Izoard and climb to Tignes respectively. Riders will also contend with an unprecedented three 2,000+ meter summit finishes throughout the race.

We, however, wanted to bring some added focus to stages 12 to 15, as the tour flows through the Pyrenees. This is where the true GC contenders are sure to separate themselves from the chaff.

While any real fireworks are not likely to go off on stage 12, it will give riders their first glimpse of high altitude (over 1500 meters) and serve as a primer for more exciting things to come. It is the longest mountain stage at 209.5 km and features two long category 1 climbs; the Col de Peyresourde and Hourquette d’Ancizan.

These climbs are both in the 7-7.5 percent average gradient range, so watts/kg will still overcome the weight advantage enjoyed by the smallest climbing specialists. With a 30 km descent to the finish, we don’t expect the GC to split. The more interesting aspect of stage 12 will be the rider and team tactics, given that the only Individual Time Trial of the tour is the following day in Pau.

This year’s only ITT is a rolling 27.5 km trip around the oft-visited city of Pau. While it is a relatively short time trial, big time gains can be made—or maybe more importantly big time can be lost—even over such a small distance.

High power/cda (aerodynamics) will win the day. GC riders have shown both this year and in past tours that they can perform against the clock when the spotlight is on, but the climbers will not want to overexert themselves with two major mountain days looming. It will be a balancing act for these riders to save some matches for the Pyrennees without conceding too much time to more powerful riders.

To put it in perspective, the bigger TT specialists pushing 6 Watts/kg at 70kg like Rohan Dennis stand to gain over a minute against smaller riders like Egan Bernal, pushing the same ratio at 59 kg (assuming equal aerodynamics). This is a course that will favor the high-power athletes, and could be the decision point where Team Ineos must decide between Thomas and Bernal.

To try other scenarios and see how your Fantasy league team riders might fare, check out the Best Bike Split model. You can use the time analysis tool to vary power, weight, and aerodynamics of the rider.

In the last couple of years, riders were able to celebrate the culmination of the ITT with a relatively easy jaunt to the finish in Paris, but this year it’s a one-two punch of a high power drag race followed by a short but daunting trip back to the high mountains.

Stage 14 features three categorized climbs, but at only 117 km the attacks will likely start from the outset. At the midpoint riders will face the cat 1 Col du Soulor with little time to shake out tired legs before heading up the famous hors-catégorie Col du Tourmalet—the first climb to crest over 2000 meters at this year’s race.

At 19 km with an average gradient of 7.4 percent, the climb is undoubtedly difficult, but it’s the last 3 km, which hit gradients over 10 percent, where the pure climbers will hope to claw back any time lost in the previous day’s time trial. At these gradients, the equation starts to really favor lighter riders, especially for short accelerations.

As we look at these sections over 9 percent in Best Bike Split, we can see that for a 71 kg power specialist to match the speed of a 59 kg climber, the larger rider must push over 60 watts more power. The larger riders will also have a harder time countering short attacks, and could easily lose 5+ seconds per 100 meters when faced with these accelerations.

If some of the relatively larger riders (even Thomas at 67 kg), can’t match the attacks of lighter challengers, their time losses could easily jump to a minute or more in this last 3km section.

The tour organizers decided to reward riders for their efforts on stage 14— with another summit finish on stage 15. Stage 15 is a bit longer at 185 km, but features three cat 1 climbs over the final 80 km. The steeper gradients in the final climb to Foix Prat d’Albis are all in the early portion of the climb, so riders looking to make a statement might want to look to the penultimate climb up Mur de Peguère where the last 3.3 km features sections of 16-18 percent.

The descent off this climb is narrow and technical in parts. If a skilled rider can escape, there is a good chance to pick up quite a bit of extra time going down, however there is a 10 km flatter section heading to the final climb that currently calls for a prevailing headwind. A mid-sized pack working together could pull back a rider in that span, but after repeated efforts on the steep sections on the climb, it could be hard to form a cohesive effort.

Ultimately the Tour can be won or lost in so many ways in any given year, and that is part of what makes it one of the greatest sporting events in the world. It’s fun to analyze and predict what is going to happen but like every year there will be surprises, new stories and of course excitement.

We think stages 12-15 will deliver on everything that makes the Tour great, but with a third of the race remaining it will be far from over. As always we have modeled every stage of this year’s tour via Best Bike Split. For regular (non-time-trial) stages, these have been modeled as if the peloton is a single rider, using the general characteristics of the group and the average pulling riders’ powers from similar previous tour stages. Please check back on the stage models as we will regularly update them for weather or tactic changes as the tour progresses.

About Ryan Cooper
Ryan Cooper is the Chief Scientist at TrainingPeaks and Co-founder of Best Bike Split. He has worked and consulted with multiple World, Olympic, and IRONMAN champions, as well as teams including UnitedHealth Care, Dimension Data, Cannondale Drapac, Orica Scott, BMC, Trek, and Sky. His main mission is spreading the metrics-based training approach of TrainingPeaks and the predictive race day analytics provided by Best Bike Split. Learn more at TrainingPeaks.com and BestBikeSplit.com.
#CYCLING#TOUR-DE-FRANCE