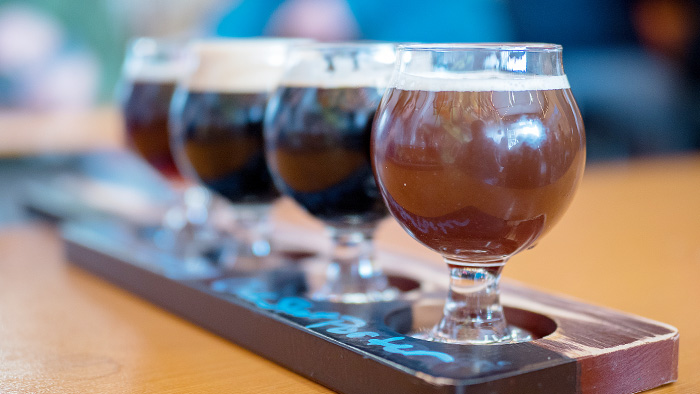 Should You Stop Drinking For Better Performance?

Whether it be giving up sugar, alcohol, or gluten, there’s something to be said for trying it first. A physician and IRONMAN Certified Coach reports on his most recent group experiment: abstaining from alcohol in the pursuit of better performance.

I hoped to respond to them with first-hand experience coupled with medical expertise, and so I targeted another “Drynuary” experiment at the beginning of this year (no alcohol whatsoever between January 1 and January 31).

One thing I have have learned is that more athletes than you think have an uneasy relationship with alcohol. We range from a little worried that our consumption isn’t the healthiest thing we could be doing, to wondering if it might be hindering our performance. Just a few of these concerns are illustrated by the following quotes from athletes just like you and I:

The National Institute of Health reports that 28 percent of adults in the U.S. report habits that classify them as “heavy drinkers.” Physician and author Michael Bierer, MD of the Harvard Medical School writes on The Harvard Health Blog that, “People who exercise more also tend to drink more alcohol.”

One of them is a multiple IRONMAN finisher who lives in my town: “Every Friday, I’ll down two or three scotch and sodas, and I doubt I could stop,” he admitted to me recently.

Bierer goes on to state that alcohol disrupts healthy sleep cycles, so that when we do sleep we don’t do so as efficiently. This can have serious implications for recovery and the ability to handle high loads of training.

Noted nutritionist and sport scientist Asker Jeukendrup has reported that excess consumption is also associated with impaired recovery and lower power output the following morning. All these factors do not for a PR-year make.

Don’t throw the good stuff out with the empties.

While some of these studies were conducted with relatively high consumption rates (upward of three pints of beer and four glasses of wine daily), it should be noted that there are many of us who enjoy a single glass of wine or a beer or two and are thus affected to a lesser degree.

There is, after all, widespread research on the health benefits of a daily single glass of red wine. “The research typically reports that limited intake based on weight has no negative effect on health or performance,” says notable triathlon coach and author, Joe Friel. There is an important distinction to be made between excess and moderation, but again, each of us must find the elusive line for ourselves.

My point in all of this? If your goal is big enough and important enough to you, then so will be your desire to achieve it. While I’m certainly no expert in complete sobriety, as a 30-plus year triathlete, I do know a bit about motivation. For some of you this means picking a date well before your “A” race to harness the enormous desire you have to meet a certain race goal and change your relationship with alcohol as a step towards it.

Some successful athletes tell me to remove alcohol from your house—if it’s not there, they won’t drink it. If it embarrasses you, don’t share your plan with anyone, do it on the sly, perhaps meeting for coffees and lunches instead.

You can do it: Dispatches from this year’s Drynuary

A few years ago, I wrote a piece for IRONMAN titled, The Case for a Dry January. In it, I challenged readers to join me in giving up alcohol for an entire month.

This year, I did the same, and learned once again that all you have to do is start a friendly alcohol-free suggestion among fellow triathletes—a competitive group if there ever was one—to realize that there’s actually quite a bit of passion behind the topic.

Below is some of the feedback I received from athletes who took part, at various points in the process. Perhaps it will inspire you to try your hand at taking a month off (or more!) yourself.

As the month progressed, a number of us noted not only a change in weight but a sense of well-being and true improvement in training. As we approached the end of the month, I was really impressed by the overall success of the group.

What astonished me was, rather than the amount of alcohol not consumed, were the lessons so many learned about themselves. A high percentage of athletes reported improved recovery, sleep and weight loss:

Balance, perspective, and our most important takeaways

I’m really proud of this group, many of whom did not know if they could actually last a whole month. I even got a message from one athlete considering extending the experiment:

Not all of us succeeded in staying 100 percent clear of libations. The near confession of one such triathlete is below, which actually does a nice job of framing the balance needed on this issue:

My response to this athlete:

The decision for how/if alcohol affects your training is a personal one. If you think abstaining from alcohol might give you the performance boost you need to reach your goals, I recommend trying it for a minimum of four weeks and seeing how you feel. You might just discover that the occasional glass of Malbec with a friend is all you need.

About John Post, MD
Dr. Post has a long history with triathlon including 6 Kona finishes and an Orthopedic Surgery practice in Virginia caring for, among others, injured triathletes. He now enjoys giving back to the sport by being a World Championship Transitions volunteer every October. If you find yourself on the pier in Kona, please stop and say hi to “the man in the red hat.”
#DAILY-NUTRITION#NUTRITION#PERFORMANCE