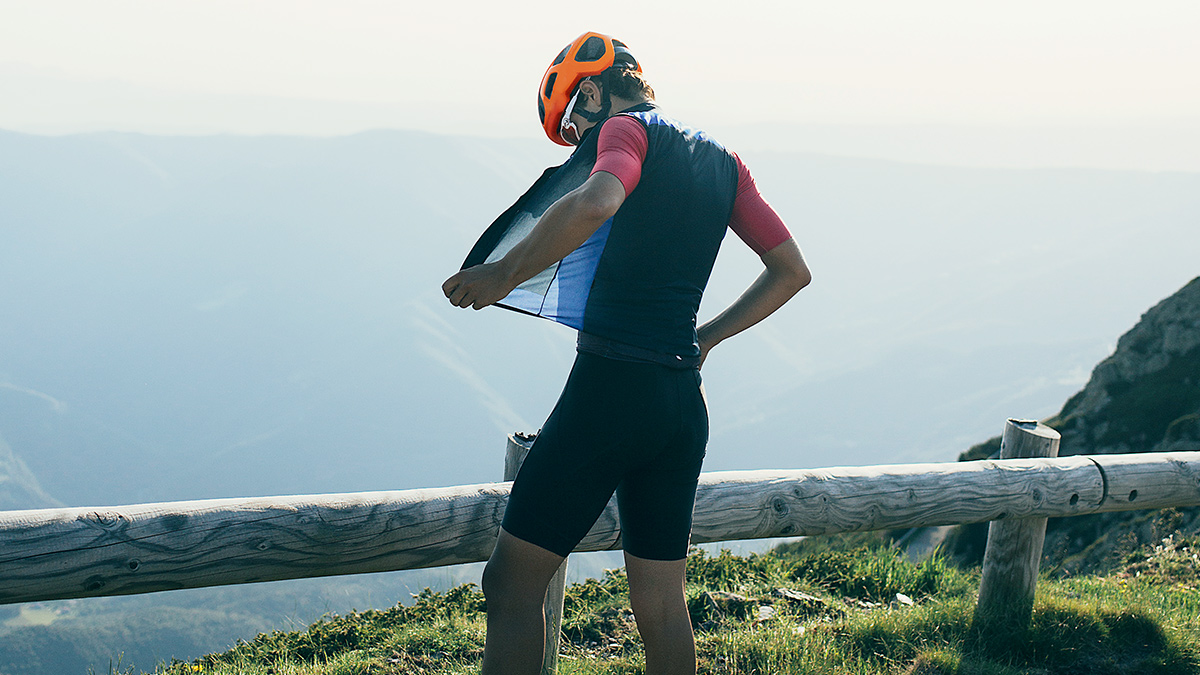 Maintaining Momentum Through an Injury

When this coach saw his athlete hit the deck, he thought the season was over. Here’s how they worked through the injury to achieve a massive PR instead.

Mateus fell off his bike right in front of me; I avoided hitting him by pure luck. We weren’t going fast, but the wet surface of the narrow street made for one of the scariest crashes I have ever witnessed.

He lost control of his front wheel first—probably because of the slippery, broken pavement—and it happened so fast that his hands were still on the handlebars and his shoes still clipped into the pedals when he hit the ground. He rolled with his bike a couple of times before eventually being able to stop. When I reached him he was having a hard time breathing, and I thought his shoulder was broken into pieces. As his friend, I was worried about his injuries, but as his coach, I immediately thought we’d have to re-plan his whole season; it was November 18th.

But the X-rays gave us some good news: nothing broken, “just” a grade 2/3 strain of the Acromioclavicular joint (ACJ), one of the smallest joints of the shoulder. Despite needing nearly four months to fully recover, Mateus barely missed a beat in his training. In fact, he managed to take an hour off his IRONMAN time by the end of the season. Here’s how he managed to maintain momentum through a scary injury, and ultimately achieve his goals.

“The first days were probably the most anxious ones because I was waiting for the full diagnostic and didn’t know if I was going to need surgery or not,” Mateus says.  As a coach, those were tough days for me as well. I was trying to keep a positive attitude, but I knew Mateus was very concerned and that his attitude towards the injury could play a crucial role in his rehab. So I did my best to remind him that all the strength and conditioning he had done in the autumn made his muscles and bones stronger, and that was one of the reasons why he didn’t break any bones in the crash.

“After I got the response that I didn’t need the surgery, I went crazy with the physio exercises and tried to do everything that was in my power,” says Mateus. “It never crossed my mind that I wouldn’t be able to do triathlons again… I was always about how to adapt and be able to do it again and taking it step by step.”

Take What You Can Get

As soon as Mateus started physiotherapy, the training sessions we had planned for that period were put on hold. We left plenty of time for rest and recovery and gave full priority to his rehabilitation. As soon as he had the green light from the physio, we started easing back into activity.

On the 27th of November, not even two weeks after the accident, Mateus was able to go out and do a short run-walk. Very slowly, of course, so to avoid any major movement of the shoulder. We kept sessions to only every other day: That week, on top of another run-walk (5 min run and 5 min walk), he also did an easy turbo session of just 30 mins.

The following week (December 4th) he trained every single day: run-walk on Monday and Thursday; a Speedy Walk (2 hours) on Sunday; a gym workout for the legs on Tuesday and Friday; and easy turbo on Wednesday and Saturday. Running and cycling were quite easy to perform, but of course it took more time to get back into a pool.

Use Strength and Conditioning for Recovery and Prevention

One of the main reasons Mateus didn’t completely smash his shoulder in that crash was all the work we had done before the accident. It’s not something you might consider until faced with an injury, but gym workouts reinforce not only your muscles, but your bones as well!

Bones are elastic tissues that react to resistance training, and in Mateus’ case (as with other athletes) they got stronger through gym training. Because of these benefits, we kept this kind of training routine in his schedule through his recovery. The main components we worked on were muscular endurance, then strength and finally power, before eventually decreasing the gym workouts by early spring to concentrate on race season.

Ease Back Into Training

It took Mateus almost two months to get into the pool again; though that was partly because of Christmas holidays and a long-haul flight to visit his family in Brasil. On January 12th he performed a 20-min swim test to give us a baseline. After the workout, his comments read: “RPE: 3. Shoulder working fine on front crawl. Breast stroke not that comfortable, but ready for a proper swim set.” That was all I needed to hear!

For the first few weeks we limited swim sessions to just twice per week, and on the 31st January we did his first Critical Swim Speed test after the injury. His result was 1 minute 58 seconds CSS for the 100 meters, which was not much slower than his previous season bests. “I am so glad I insisted on you doing it!” I told him. It was definitely a huge morale boost for both of us and we were looking forward to the next stage.

Prepare for your Return to Full Speed

February was a build-up month for Mateus. In the first two weeks we tried to bring him back to his pre-injury routine and volume, pushing a bit more to regain the volume we had planned before the injury. It was tough, but we made it. By the time Mateus entered the pre-race season (early May), he was back in full force and ready to fly!

About Nick Busca
Nicola (Nick) Busca is an Italian triathlon coach based in London. He is a Level 3 High-Performance triathlon coach with British Triathlon and also a Training Peaks Level 2 and an IRONMAN-certified coach. Before setting up his own club in 2018, Core - Ski and Triathlon Academy, he led swimming, cycling and running sessions with the London-based triathlon club Ful-on Tri and coached the swimming squads of Swim For Tri (also based in London). After more than 20 years racing and coaching alpine skiing, he needed a new challenge and started to train and compete in triathlons in 2012. He began with the Turin-based triathlon team Aquatica and received private coaching from former Olympian athlete Vladimir Polikarpenko, who raced in three Olympic games for Ukraine. In 2016 and 2017, he qualified for Team GB for both the ETU European Championships (middle distance) and the ITU World Championships (long-distance). He still races and tries to improve season after season.
#TRIATHLON