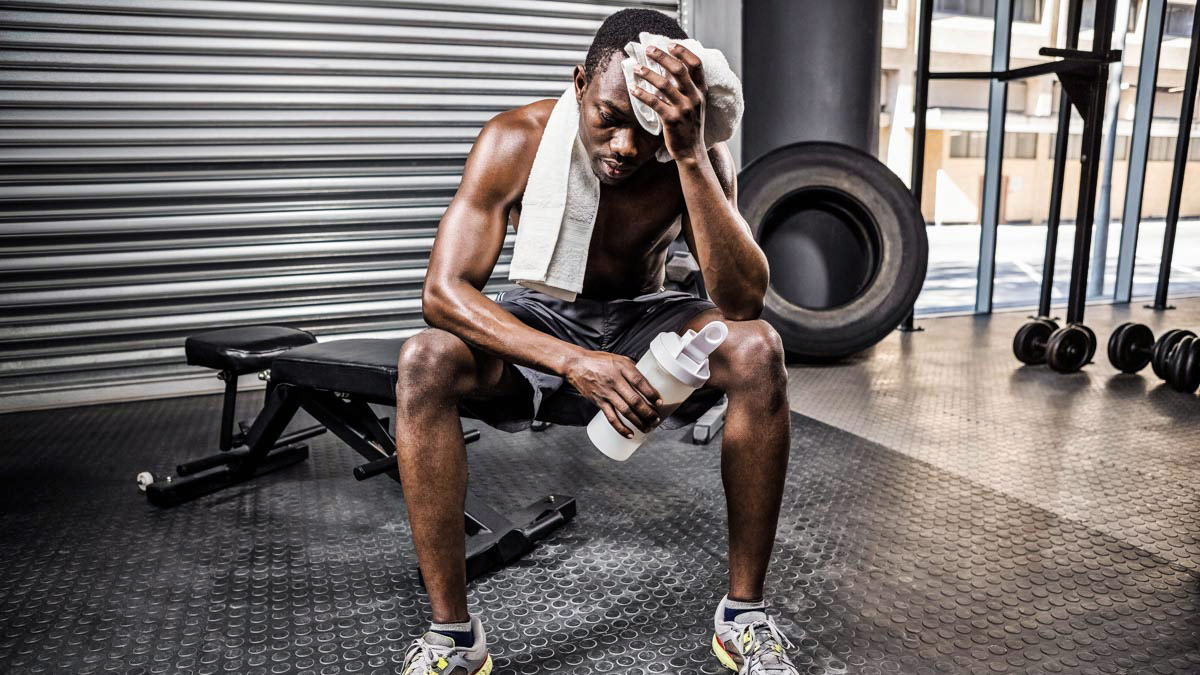 How long should you rest between intervals? Should you move or stay still? Recent research provides the answers.

Interval training has been proven to increase endurance, raise lactic threshold, and strengthen the heart. While most conversation revolves around the intensity and duration of intervals, little discussion centers around the best way to rest between those intervals. Dissecting how long to rest, and whether to rest passively or actively, could provide critical insights for boosting performance.

Before we delve into the minutiae of rest, it’s worth reminding ourselves why runners have interval trained for years. As a snapshot, interval training maximizes time — studies show that doing 27-minute hard efforts three times a week delivers the same benefits as 60 minutes of lower-intensity cardio five times a week. It also boosts endurance, strengthens your heart, and increases your ability to recycle lactic acid at a faster pace. Instead of lactic acid accumulating in your blood — bringing with it hydrogen ions, raised acidosis, and subsequent slowdown — repeated intervals ensure your body can break down lactic acid and use it as fuel. The result of this is that you raise your lactic threshold.

The case for interval training is perfectly illustrated in star runner Eliud Kipchoge’s record-breaking marathon time. At 34 years old, Kipchoge became the only human being in history to finish a marathon in under two hours, finishing in 1:59:40. He did so by balancing a taxing yet relatively standard plan of long, easy-to-moderate efforts and higher-intensity intervals. On a Monday, he might run twice a day, around 16-21 km in the morning and another 8-12 km later on. As for intervals, an example workout would be 15 x 1 km (averaging 2:50-2:55 per kilometer) with 90 seconds of rest between each interval.

The Importance of Rest

It’s easy to see that interval training is a proven performance booster. Luckily, this type of training is relatively straightforward to formulate, at least on paper. Consider these three key aspects when designing any interval program: the intensity of the interval efforts, the number of efforts in an interval session, and the length of the rest period in between each interval effort.

While duration and intensity have been relatively well-researched by the sports-science community, there’s little evidence about an optimum rest duration that elicits the most significant benefits. How did Kipchoge’s coach, for example, decide that 90 seconds was the right amount of rest time? And what did Kipchoge do during those 90 seconds? For the average endurance athlete, rest duration is often calculated simply by an afforded time that allows completion of the planned interval session, which is useful but not based on science. Evidence is, however, illustrating why rest needs to be more thought out.

Relatively recent research had athletes undertake medium-length intervals of 4 minutes and discovered that the load on the body was similar whether interval rest was 1 minute, 2 minutes, or 3 minutes long. When the subjects enjoyed a 3-minute rest between efforts, however, they maintained higher speeds. The study concluded that longer rest durations provide the platform for higher external loads (swifter running, cycling, swimming, etc.) while maintaining a similar internal load (physiological stimulus). This means that longer rest durations can elicit better performance without putting the body under undue stress.

We’ve established that rest is good, but what sort of rest? Did Kipchoge engage in passive recovery (e.g., run hard and then simply stop until the next interval) or active recovery (e.g., low-intensity jogging between intervals)?

You might think passive recovery is best because you’ll preserve energy, enabling you to deliver better efforts each interval. But this might not be the case. Active recovery aims to clear out lactate from the muscles, which is generated at high levels during hard efforts. A gentle effort can accelerate the flow of deoxygenated blood to the lungs, which powers up your body once more. Active recovery has also been found to reduce the severity and duration of delayed onset muscle soreness, or DOMS.

There’s evidence that active recovery is the preferred choice, albeit for longer interval lengths. But what if interval efforts were shorter, between 30 seconds and 3 minutes? According to recent research out of Thailand, there may be an answer.

However, when the researchers lifted the lid on the athletes’ physiology, they discovered that reoxygenation was faster and more complete after the combination protocol. The combination of passive and active recovery also realized significant blood lactate and heart rate reductions during the recovery segments. In other words, the athletes were better rested for the next effort. But performance didn’t effectively change, so why does it matter?

In this study, the swimmers only swam two 200 m efforts. If they had swum four, five, or more intervals, there’s the potential that performance differences would have started to be statistically significant. Whether you’re a runner, cyclist, or swimmer, it’s worth trying this one-third active/two-thirds passive recovery template to see how your heart rate and performance are affected.

When it comes to intervals, be specific. Jamie Turner, former coach to the 2016 Olympic triathlon gold medalist, once extolled the benefits of modeling, whatever your ability. If you’re aiming to run 10 km in 42 minutes, you need to run 1 km in 4 minutes, 12 seconds. At this moment in time, you can’t run 10 km in 42 minutes, but there’s every chance you can run 1 km in 4 minutes, 12 seconds.