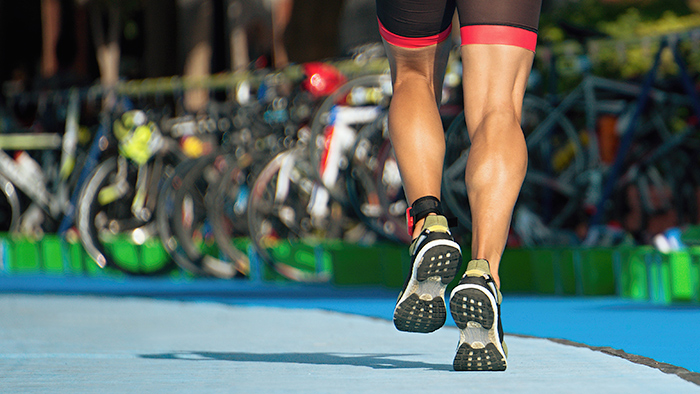 How to Use WKO4 for Half Marathon Pacing and Training

BY Saul Anthony I. Sibayan

How one first-time IRONMAN 70.3 athlete used WKO4 data analysis to perfect his half marathon training.

I’m a former amateur cyclist turned multisport athlete. Because I enjoy knowing exactly why and how I improve, I use WKO4 to analyze, review, and plan my training.

Today I would like to demonstrate the analysis and progression of data from my run training collected with a Stryd power meter.

I started getting back into training on December 3, 2016, with the main goal of finishing the IRONMAN 70.3 Philippines in Cebu City, which was held on August 6, 2017.

I’d never done such a feat, and it was my first long-distance triathlon. As part of my preparation for it, I trained for and participated in the following lead-up events:

The Run United 21km is the event I am analyzing today. I’m very happy with my results, especially since I’d done a 70km ride the day before and treated it like a long brick workout.

I had performed a 3-9 minute Stryd Critical Power (CP) Test on March 31, two days before the Run United 21km, which indicated that my CP was 174 watts with a Critical Pace of 4:54 min/km.

I then consulted Dr. Steve Palladino to determine a target power output for the Run United 21km, and he suggested aiming for 145 to 148 watts.

I targeted this range during the first half of the race and then pushed it on the second half. I even had some energy left for a sprint to the finish line!

My average power in the first half of the race was 143 watts. After reviewing my power file, Dr. Palladino commented, “Nice! Form power was lower for the second part. Gross power was higher. Leg spring stiffness did not drift off. Ground contact time did not drift off. Your *last* 10k was 157w, 54:22!!! I’m afraid I might have underestimated your target. However, better this way than the other way around.”

Dr. Palladino created a Fatigue Indicators Chart Pack in WKO4 to show the trends of both GCT and Pwr:GCT, as we can see in the screenshot below.

To further analyze my run, I divided it into quarters. The WKO4 charts below show that my average power output, pace, cadence and heart rate increased throughout each successive quarter, while average form, power and stance time decreased.

Just like in cycling, running speed and pace are both affected by road gradient, as well as running technique. This is one of the reasons that I decided to train with a run power meter.

Below are more values and data I can compare in WKO4 using Dr. Palladino’s Run Summary Report.

Below are two WKO4 charts created by Dr. Andrew Coggan that display my Mean Maximal Power Curve, my Power Duration Curve, and my physiological markers from three different phases of my preparation for the 21km run (the specific dates for each phase are listed in the table below the images).

All this data and analysis helped me fine-tune my training and get the most out of my available training time. It showed me the importance of tempo, threshold, and above-threshold runs, as well as recovery or regeneration days.

I’ve also learned that endurance is not developed overnight and that short but consecutive and frequent training sessions with a target power output for each set promote bigger gains in fitness than doing one big or long workout during the week. Tracking the details is far better than getting the latest ergogenic aids for speed.

With this much progress already, I felt ready to train and prepare for IRONMAN 70.3 Philippines. In Cebu, I finished in a great time, and 35th in my division.

Interested in using WKO4 to help you attain your racing and training goals? Download a free 14-day trial here.

About Saul Anthony I. Sibayan
Saul Anthony Sibayan is a faculty member of the Sports Science Department of the College of Rehabilitation Sciences, University of Santo Tomas. He earned his Master of Sports Science through the United States Sports Academy and performed a mentorship in Exercise Physiology at the University of Alabama in Tuscaloosa. He is also a certified Tactical Strength and Conditioning Facilitator through the National Strength and Conditioning Association. He is the co-founder of Endurance Lab PH,  a performance testing and coaching system that offers services in all levels from individual discipline to multi-sport. He shares evidence-based and science-based information on endurance training at https://www.facebook.com/endurancelabph.
#DATA-ANALYSIS#IRONMAN#PERFORMANCE#RUNNING