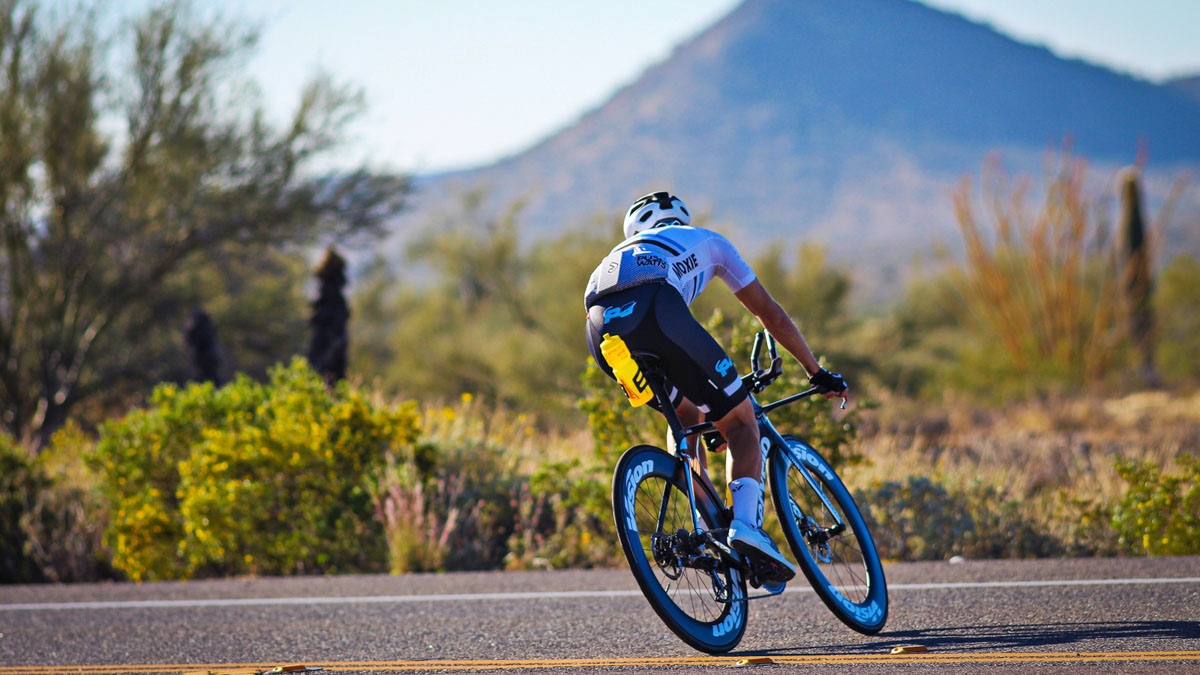 How to Pace a Time Trial

Recent research suggests that even-pacing is not necessarily the fastest way to race against the clock.

When it comes to cycling time trials, the importance of pacing cannot be understated. Traditional thinking is that an even-pacing strategy is best — one where you aim to ride at the same intensity throughout. But, according to recent research from the Netherlands, there is a better way.

Even Pacing vs. Parabolic Pacing

Needless to say, pacing is important. If you start off at warp speed, your lactate will rise too fast to recycle, resulting in high fatigue and an inevitable drop in pace. But if you start off too slowly, by the time you’ve cranked up your power output and speed, it’s too late — you’ve underperformed.

Even pacing is seen as just right. It’s an intensity that’s sustainable, fast, and reliable. Take a 2011 study, which showed that optimum speed comes with lower physiological stress and perceived effort than other pacing strategies.

Since that study was published nearly a decade ago, further studies have shown that a parabolic pacing model might help you perform better. British researchers discovered that those time trialists who started fast but eased off slightly in the middle before upping the pace at the end enjoyed faster times, a higher average intensity, and lower stress than their even-paced contemporaries. A group of Greek researchers saw similar results with a group of rowers.

So, does that mean that even pacing is incorrect? Should we all follow a parabolic pacing strategy? Maybe not. According to a recent study published in the International Journal of Sport Physiology and Performance, a team of Dutch scientists turned the whole subject on its head by concluding that continuous variations in pace could actually hold the secret to maximum performance.

The idea behind the experiment was that during self-paced time trials (with no clock or power meter to watch), riders’ power output ebbs and flows throughout. In fact, research published in the same journal revealed that cyclists exhibit unconscious variations in power output over a flat course by up to 10%. The Dutch team set about uncovering whether this was a flaw in the riders’ pacing strategies or actually a physical or psychological advantage that, until now, no one was aware of.

To test the hypothesis, nine trained cyclists had to complete three 10km time trials on three separate occasions, starting with a self-paced effort where they were told to ride as sustainably hard as they could. Average power output was recorded for each rider, which was then used over the next two 10km time trials, including (1) an even pacing time trial in which the cyclists followed an even pacing strategy with as few variations as possible with workload set by the average achieved in the self-paced test and (2) a variable pacing time trial in which the cyclists were told to fluctuate their power output, increasing or decreasing the workload by up to 10%. These variations in pace were balanced out to guarantee overall workload matched that of the even-paced trial.

During each of the trials, the researchers measured the cyclists’ cardiorespiratory and neuromuscular response as well as their psychological response, specifically their perception of effort.

Even Pacing vs. Self-Pacing

What did they find? Well, physiologically there was no significant difference between the three trials, but the same can’t be said of the psychological impact. When the variable pacing strategy was employed — arguably similar to the self-paced effort — the rate of perceived exertion (RPE, out of 10) averaged 6.13. For the even pace effort, this rose to a significantly higher average of 6.75. Same workload, same distance covered — but different perceptions of effort.

The conclusion from this study is that even pacing isn’t the Holy Grail many thought it was. Instead, natural fluctuations in pace can lead to potentially faster times, as well as a lower perceived effort for a given performance.

The researchers weren’t sure why this might be. But one idea derives from Tim Noakes’ Central Governor Model of Fatigue that suggests effort is tightly regulated by the brain, rather than just chemical change in the muscle. The brain works 24/7 and is constantly processing a huge amount of physiological, emotional, and environmental feedback, all of which influence how we perform.

Of course, there are those who’d question the idea of ‘natural’ pacing being best. Take a study by pacing expert and author of Pacing: Individual Strategies for Optimal Performance Kevin Thompson. Thompson had a group of cyclists face a 4km time trial against an on-screen avatar that the riders were under the impression was at their best pace. In actual fact, the devious Thompson had cranked it up by 1%. Despite the deception, riders kept up with their virtual rival, cycling faster than they ever had before. Thompson concluded that we all have a 2-5% bank of energy reserves to draw on if needed.

And before you think that’s not a realistic situation, think again. A research group from the Indiana University in America followed Thompson’s devious avatar strategy and, true to form, they beat their best by 2%. The scientists then confessed the athletes had been deceived but asked them to race against the avatar again — and at the same speed. Unbelievably, they still managed to beat their previous best.

It’s hard to unpick the specific physiological and psychological reasons behind this shift into a faster pacing strategy. What’s clearer is that elite athletes are more in tune with their bodies, meaning they judge pacing better and can live with discomfort better than recreational riders.

Perhaps the best strategy is to pay more attention to your body and act accordingly, much of which comes down to preparation. While many recreational riders can check out a course online, the elites will often visit the course and record key sections on a GoPro. They can then play it back again and again. Psychologically they’ll have forged a more accurate pacing algorithm, be less anxious, and deliver their optimum.

Noakes, T.D. (2011, February). Time to move beyond a brainless exercise physiology: the evidence for complex regulation of human exercise performance. Retrieved from https://pubmed.ncbi.nlm.nih.gov/21326375/

Thomas, K. et al. (2011, December). The effect of self- even- and variable-pacing strategies on the physiological and perceptual response to cycling. Retrieved from https://www.researchgate.net/publication/51920154_The_effect_of_self-_even-_and_variable-pacing_strategies_on_the_physiological_and_perceptual_response_to_cycling

Thomas, K. et al. (2013, December). The effect of an even-pacing strategy on exercise tolerance in well-trained cyclists. Retrieved from https://pubmed.ncbi.nlm.nih.gov/24085485/