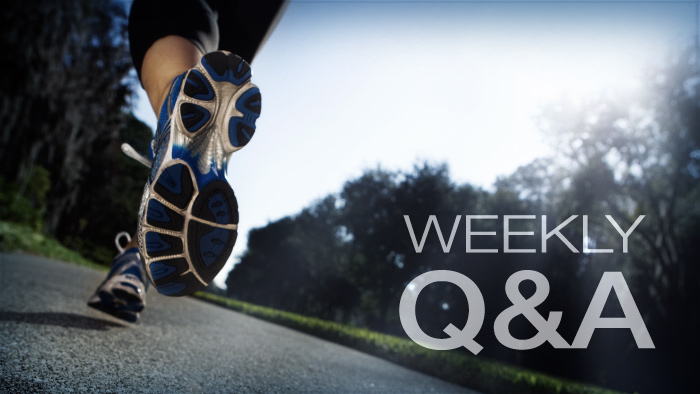 Hal Higdon pulled together a list of his Top 10 marathons to run in the U.S. See which ones made the list.

Recently, I held a contest on my Facebook page, Hal Higdon’s Marathon, asking for questions to be answered here in my Weekly Q&A. Out of nearly 400 responses, I chose three winners, this one coming from Hilda Valencia Hager.

What are your top ten marathons to run in the United States?

Tough question, since my last marathon was Disney World a dozen years ago. That marked my 111th marathon and, although I have not officially “retired” from 26.2-mile races, that seemed like a number worth savoring. Is it fair to nominate marathons for a Top Ten list that I have not run? Probably not, so I offer this confessedly biased list from among my 111.

My hometown race, I have run Chicago often, beginning when the race was the Mayor Daley Marathon in 1977. One of the four marathons I won overall was the Windy City Marathon, same city, different race, less prestige. Now with 45,000 entrants, Chicago is crowded, but fast and with a great expo.

The classic race has served as subject for many of my articles and books. I have run Boston 18 times, more than any other marathon, setting my PR of 2:21:55 (first American) in 1964. Some of my worst marathons also occurred on Boston’s devilishly difficult course, but the race tugs at my historical roots and it should at yours as well.

Next to Boston I have run Honolulu more often than any marathon: eleven times, and they were some of my best races, including a Father & Son win with son Kevin in 1989. (Kevin made me pick up our trophies at the awards ceremony while he went to the beach.) How can any runner resist an opportunity to use a marathon as an excuse to visit the Hawaiian Islands?

Run on Labor Day in typically warm weather over an agonizingly hilly course, I love this race because of its challenge. Small, you can walk up to the line five minutes before the start and nudge your way onto the front tow. I won Heart in 1968 and was running last in 2001until the final mile when I caught someone. I should never have passed. How many runners can brag that they both finished first and last in the same marathon?

Yeah, Hilda did say “in the United States,” but I’m going to cheat and include Bermuda because of its proximity to the East Coast. Not quite Hawaii, but close. With its Blue Water views, Bermuda is my pick for most scenic marathon among those I have run.

Having attended Carleton College in Minnesota, I love everything about this cold-weather state. I coined the term still used by race organizers: “Most beautiful urban marathon in America.” Won my age group and $250 one year. Undeniably a conflict of interest, but I already have confessed my bias.

The “other” great marathon in Minnesota. I have seen Duluth grow from a dumpy town to Hip City. With its point-to-point course beside Lake Superior, Grandma’s can either be super-fast or super-slow depending on wind direction.

An excuse to visit Disney and hang out in the theme parks, it matters little that the course is slow because it winds through those same theme parks. January weather also can be unpredictable, hot one year, cold the next. To this I say, so what? Disney is a race you run to enjoy, not to grab a PR.

The start over the Verrazano-Narrows Bridge is spectacular; the finish in Central Park, priceless. Despite a not-that-fast course, I ran one of my best races in NYC in 1978, finishing a few minutes ahead of the legendary Grete Waitz in her first marathon. Difficult to gain entry through the lottery, but put NYC on your Bucket List.

Bayshore used to be this off-in-the-middle-of-nowhere event in Traverse City, Michigan. Huh? Where? Then I talked Bayshore up too much, so the race now sells out. Flat course, good scenery, but most important: Bayshore remains symbolic of a lot of medium-size marathons that we all need to support, because they are at the heart of running.

How could I overlook Big Sur or Your Favorite Marathon? Answer: Because I never ran them. Each long-term runner needs to develop his or her Top Ten list for bragging rights now or when you get around to running them.