Seek Your Limits, and You’ll Find Them

Are you prepared to find out what you’re capable of? Here’s why finding your limits is an essential part of improving as an athlete.

Imagine training for months, maybe years, with the goal of finishing an IRONMAN triathlon. After swimming 3.8km, cycling 180km, and running 42km, you miss the cut off by 56 seconds. Would you be distraught, or happy? I suspect that most people would be distraught, but I’m hoping to offer you an alternative perspective; one where you find happiness in this result.

As a coach, my job is to help people achieve their goals. Often these goals are lofty; most athletes want to find out what they’re capable of with the right training and circumstances. Is it possible to run a 3-hour marathon, swim the Channel, or finish an IRONMAN? Many people have achieved these goals, so of course it is physically possible. But what about for you?

As we pursue our goals, we rarely consider what might happen if we actually do find out what we’re capable of, and it’s short of what we hoped for. The reality, though, is that each person has a maximum on a given day, and you can only work with the tools you have. It can be tough when you fall short of a goal, but I would argue that the process of finding your limit can be highly rewarding and educational.

Let’s go back to our IRONMAN competitor who narrowly missed the 17-hour cut off.  He set himself a goal of covering 140.6 miles in 17 hours and missed this by 56 seconds. Clearly on that day, on that course, he gave everything he had, and it wasn’t quite good enough. (By the way, the course he chose, IM Wales, is exceptionally tough. Choosing a different IRONMAN event might have had a different outcome).

On the Monday morning after the race, this gentleman probably woke up feeling like a failure. But why should he? He missed his goal by 0.0009%. That’s a tiny margin over 17 hours.

Here is my alternative view, which instead champions his success. First, he probably chose IRONMAN Wales because it’s one of the toughest IRONMAN races in the world. He must have known it would challenge him right to the core. He pushed and pushed and collapsed across the line, nothing more to give.

In other words, he found his limits! If his goal was to find out what he was capable of or where his limits were, then he is a spectacular success! Most people never get to find out.

It’s also worth understanding that most limits are just markers in time, and can be highly dependent on conditions. I know another athlete who attempted to swim the Channel and ended up fighting the tide for two hours, all while just three miles from France. Eventually she succumbed to exhaustion, having found her temporary limits. After licking her wounds, she refocused and built up to another attempt where she swam the Channel in 11 1/2 hours. New limits reached!

They say Thomas Edison failed 9,000 times before succeeding. Failure should not be feared. If we do not fail, then how can we learn what we need to do better to achieve our goals?

As for our hero in this story, I do not think he failed. Sure, he won’t get a medal for finishing an IRONMAN in under 17 hours, but time is just one measure of success. This athlete, like many of you reading, set out to find his limits and he did just that. We are all on a journey, and it doesn’t always go according to plan. Medals are just trinkets; the real prize is the experience and lessons learned.

Keep on seeking your limits and don’t be afraid to find them. One day you will, and you should consider it a success, not a failure. 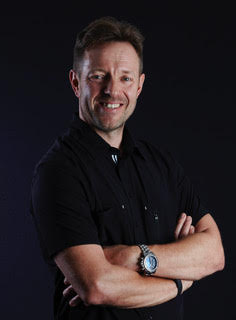 About Simon Ward
I’m Simon Ward, a life coach for people who train for triathlon. The biggest obstacles to athletes achieving their triathlon goals are generally not a lack of motivation, or willingness to train. It’s not lack of fitness either. Life “issues" are the biggest problem; work, family, and travel. In 25 years of coaching I have helped thousands of people like you overcome all sorts of roadblocks, to reach the start line and ultimately the finish. Along with triathlon, I have worked as a strength and fitness coach across a diverse range of elite sports. What this taught me is that sports coaching isn’t about sport-specific skills, it’s about working with the individual and finding a solution to their particular situation. The more varied the problems you face, the deeper your knowledge bank and the more tools you create. It is this experience that I offer to you. Visit my website andcheck out my podcast for more.