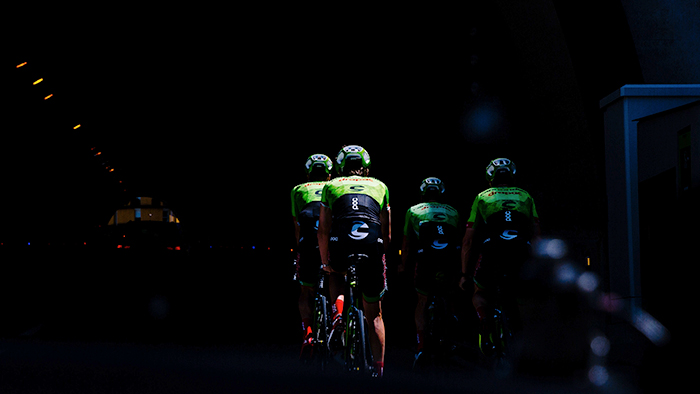 Avoiding Mental Sabotage Part 6: How to Conquer Your Fear of Failure

Our mental skills series continues with a look at how to conquer your fear of failure and develop a more rational philosophy about your performance and your own self-worth.

In part six of our continuing series on race-day mental skills, we help you identify and overcome the fear of failure so you can perform freely and reach your full performance potential.

Your pre-race worry, anxiety or tension can come from several sources depending on your unique disposition. Most athlete performance worries stem from thinking too much about outcomes, results, making mistakes during the race, or where you think you SHOULD finish.

We find that fear of failure presents several mental toughness issues, such as low self-confidence, anxiety, tension, a lack of trust, worrying about making mistakes and even a genuine fear of letting others down.

For some athletes, fear of failure may be a motivator to work harder. However, it often turns into tension, anxiety and being overtrained for races. Ultimately a fear of failure prevents athletes from performing with absolute confidence and freedom.

Types of Fear of Failure:

Fear of failure is a complex issue in sports psychology, simply because every athlete experiences it in different ways. However, it does cause most athletes to focus on avoiding challenges.

When you are focused on what you don’t want to happen during an event or race, it’s nearly impossible to perform with high confidence, trust and composure.

Common Signs You Have Fear of Failure

To confront your fear, you want to first uncover the irrational beliefs that sabotage your success and replace those beliefs with an improved or new perspective.

Noted psychologist Dr. Albert Ellis sayes that a belief or idea is irrational if:

The next step is to adopt new beliefs that will help you perform with more freedom and trust. Have a systematic approach to deal with the fear:

For example, a fear of failure is closely linked to the need for social approval. Thus, your self-esteem is in jeopardy when you believe, “My success in sports equals my success as a person.”

What’s the irrational belief here? It’s obviously thinking that your self-worth comes from your achievement in sports. A new perspective is: “I’m much more than how well I perform. I’m a valuable person no matter if I succeed or fail in sports.”

The reality is no matter how well you perform in sport, you’re still the same person that people in your life continue to appreciate. The people close to you won’t change their opinions of who you are as a person!

The fear of failure will keep you trapped in a web of anxiety and tentative performance if you ignore the root cause and don’t resolve it. In addition, you have to face the fear head on.

This means evaluating how rational or irrational the source of your fear really is. For example, do you really know for a fact that others will not respect you if you don’t perform well?

The final and most important step for overcoming your fears is to change your perspective or beliefs. Create a new perspective that will help you to focus on striving for success instead of avoiding failure.

Ellis observed that practically all people have a tendency to harbor irrational beliefs. He believed that unhelpful or irrational thinking often create unhealthy emotions and negative, self-defeating behaviors. He then taught people to change their irrational beliefs into realistic and helpful ones, which he calls developing a more rational philosophy.

Use your mind as an asset rather than a burden to your performance in triathlon.