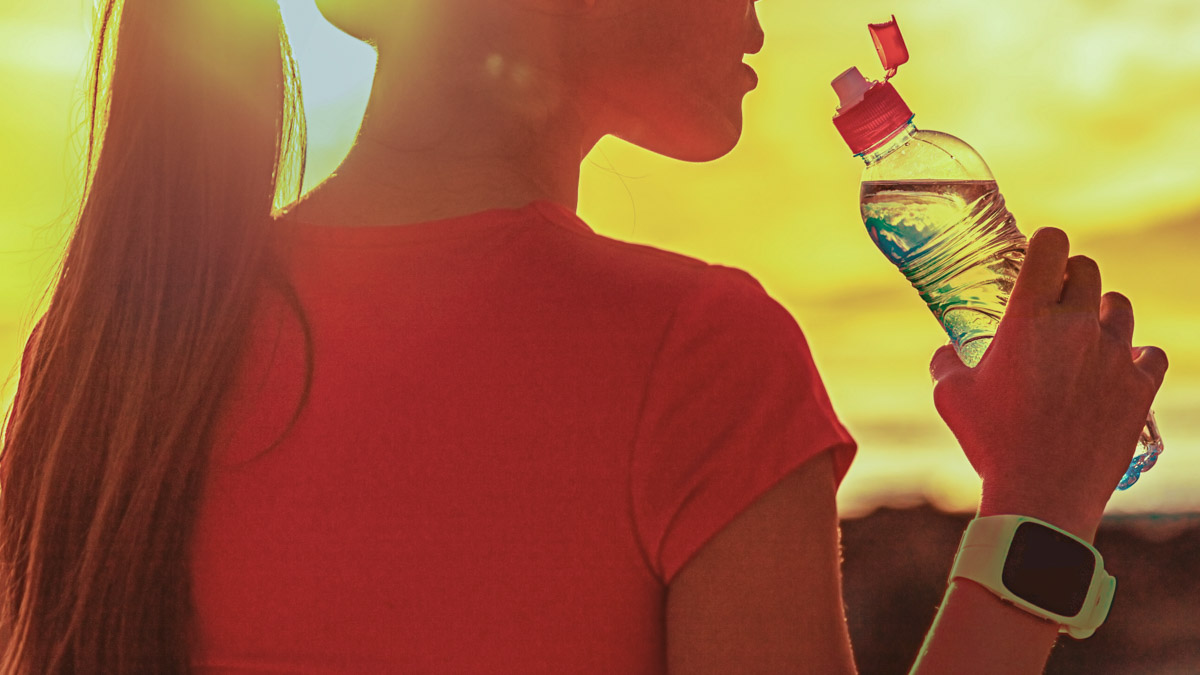 Research shows that training in the heat can boost performance even when racing in the cold. Here’s how to get it right.

Professional cycling fans among you will remember Lance Armstrong’s extraordinary 2003 Tour de France shortcut across a parched field. The now-disgraced American displayed impressive handling as he cut off a hairpin and avoided ONCE’s Joseba Beloki, who’d fallen on the descent. Beloki wasn’t so lucky. The Spaniard broke his femur, elbow and wrist, and all because of a sticky stretch of tarmac that’d begun to melt in the 50°C road temperatures. The organizers, ASO, now deploy water tankers to spray sections of road that are susceptible to melting.

Beloki’s undoing was the heat. It won’t be yours, as research shows that training in the heat can improve your performance even when the temperature drops. Let me explain.

Acclimation, or acclimatization, is key to peak performance in the heat. (For reference, these aren’t the same. Acclimation’s where you naturally adapt to the heat; acclimatization is where you adapt to the heat by artificial means.) Research has shown that healthy adults exposed to conditions that elevate their core temperature by 1°C to 2°C for 60 to 90mins over a period of four to 10 days will elicit a lower resting core temperature, greater blood plasma volume and an increased sweating rate—all favorable adaptations to exercising in the heat.

It’s why tales of endurance athletes sweating it out in saunas are legendary. Take Olympic cycling gold medallist Chris Boardman, who’d use a static trainer in a bedroom in his English home, with the heating cranked up to full. Just for good measure, the window frames were sealed with tape to avoid cooling drafts.

Boardman often used this training strategy, and his palmares suggest it worked. But are there potential downsides of training in the heat? More specifically, while training in the heat improves your ability to race fast in the heat, are you then de-acclimatized to racing strong in cooler climes? It seems not.

A growing body of research suggests that the benefits of exercising in the heat transfer to a colder backdrop; in fact, this thermal crossover mimics many of the benefits gained from altitude training, leading some to suggest that heat training is an affordable altitude camp.

This idea originally came about in 2010 when researchers from the University of Oregon had 12 experienced cyclists ride for 100 minutess a day for 10 days on stationary bikes in an extreme environment, namely 40°C and 50 percent relative humidity. At the end of this hot stint, their VO2 max at cooler temperatures had increased by a significant five percent compared to the control group. Even more impressively, their time-trial performance had shot up by six to eight percent in both hot and cold conditions.

A further study by a New Zealand team realized a similar outcome. Elite rowers practiced 90 minutess a day, again at 40°C, for five days and saw their 2,000m times come down by an average four seconds. That might not sound a lot but remember, these are finely-tuned athletes at the top of the game.

So what’s going on? One suggestion is that, like altitude training which stimulates red blood cell production to carry more oxygen around the body, training in the heat creates a stress response in the cells—for instance, increasing plasma volume—that the athlete can benefit from in the cold. A further suggestion is that heat increases blood flow. Repeated exposure to the heat stretches blood vessels, making them more flexible and able to dilate. Cue more oxygen-rich blood to fuel those working muscles.

So what can you take from this to apply to your own performance? That heat training can benefit you all-year-round, but exposure must be frequent. It’s why acclimatization can take anywhere from four to 10 days, if not longer.

Regular hot training camps might not be an option, but there are more rudimentary ideas. Layering—simply adding a jacket to a tee to a base layer —increases core temperature and will lead to moderate adaptations. As a reminder, these include greater evaporative heat dissipation through improved sweat response and greater sensitivity of sweating response to increasing core temperature. (Coincidentally, fitter athletes already display many of these heat-related traits.)

You can also take regular hot baths. Professor Neil Walsh of Bangor University found that moderate exercise immediately followed by a fifteen-minute bath in 40°C water over six days where bathing time rose by five minutes each day resulted in a 4% improvement in 5km time-trial time in the hot conditions. Walsh thinks the improvement is likely to be the result of ‘the joint elevation of core body temperature and skin temperature.’

Finally, training dehydrated has also been shown to boost the heat-training effect. Just don’t overdo it and over-stress your immune system.