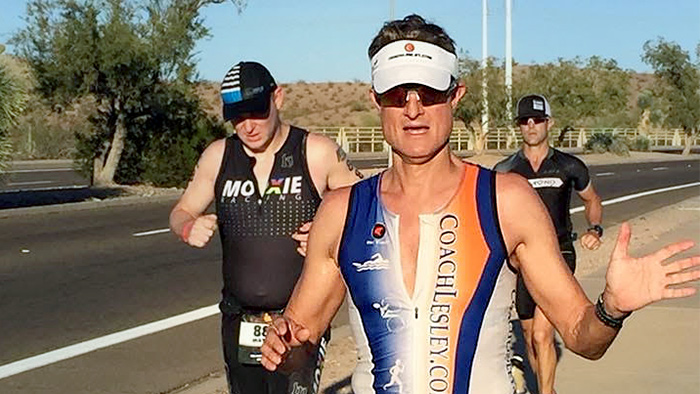 TrainingPeaks Success Story: How This Pilot Found Balance and Structure With a Coach

As an IRONMAN athlete and commercial pilot, Jeff’s schedule was hard to predict. By working with a coach, he learned how to train smarter, not harder.

There are many reasons people don’t hire a coach: they can do it on their own, they don’t have time, their lives are too chaotic to stick to a training plan.

That’s what I hear before someone hires a coach. After? “I wish I’d hired a coach sooner.”

The right coach can help you get stronger, go farther and get faster—and they can teach you how to avoid or recover from an injury. The right coach will take your complicated life and schedule into account when mapping out your training, and they will provide a plan that’s flexible and effective.

Let me tell you about an athlete I work with who had all the reasons for not hiring a coach. He did really well on his own, completing several IRONMAN races and seeing some great success. But then he realized he needed help balancing his family, his work and his training.

Jeff lives in Arizona and completed his first IRONMAN race in 2000. He swam competitively as a teenager, was a bike commuter, plus he did a bit of running, so in 1994, Jeff figured he’d try a triathlon. Six years later, he took on an IRONMAN.

Jeff went on to do a handful more IRONMAN races on his own before realizing that he wanted to do better. He wanted to feel better in training and during the race. And, he wanted to get faster. However, he did not want to feel like he had a second, full-time job. He needed time with his young kids and wife, and he simply didn’t know how to balance it all.

Jeff learned how to train smarter, not harder

Jeff works as a commercial airline pilot. Over the years, we’ve learned that the travel takes a lot out of him and his training. He’s exposed to more germs, which can mean unexpected down time, and his sleep is interrupted and poor, reducing his high-energy hours.

When Jeff began working with me, he started providing his schedule to me with his sleep totals factored in, which provided me with an important metric from which to schedule his hard training days around. If I knew he had a week with limited sleep, I could plan for a recovery week so he still felt he was getting his training in, but at the same time he was taking better care of his body’s needs.

As many athletes, Jeff was in the “more is better” camp. He made it through his first two IRONMAN races by doing as much as he could when he could squeeze it in, and he never felt great during the race. He was tired all the time and not enjoying the training or racing much at all.

During our initial consultation, we discovered that Jeff often sits on that edge of overtraining, thanks to the cumulative effect of his travel, training and life. We’ve learned how to catch this earlier, so his training is not disrupted with long periods of down time due to exhaustion, illness or injury. Jeff maintains open communication with me and can tell me that his morning heart rate is up or his workouts are starting to feel flat, and we know to back down immediately.

Until we started working together, Jeff continued to push (as many athletes do), feeling like he was being lazy or just wasn’t fit enough. We fixed that! We’ve learned to make the most of the hours he has available, so he has time for all the parts of his life.

Jeff learned how to be creative with the chaos

So many athletes are discouraged looking at online training plans, they figure there is no way they can put in that many hours when jobs, kids, etc., make life unpredictable. I always tell my athletes to remember that there is more than one way from point A to point B, and a coach will have lots of ideas up their sleeve to make sure you reach your goals.

Jeff’s training is particularly challenging. His travel schedule is all over the map (literally!), and he often doesn’t have access to a bike or pool when he’s on the road. So we’ve learned to maximize his time at home for bike and swim and work more on running and strength when he’s traveling.

Jeff’s strongest in swimming and running, so when he’s home, we focus heavily on cycling. This means he has to be really committed to getting in the miles in the saddle when he can, despite the hot Arizona weather, and his smarter training has shown up in faster times.

Any athlete knows that you have to train your mind every bit as much(or more!) than your body. The right coach can help athletes build good mental stamina right along with the physical.

Jeff completed IRONMAN France in early 2017. Although a solid effort, it wasn’t the race he’d hoped for. He caught a cold on the way over and just did not have much energy. We made sure he had time to recover and get ready to take on IRONMAN Arizona later that year.

Unfortunately (but not uncommonly), Jeff had both a bad long bike and long run on his build up to Arizona. But knowing he had solid training behind him, he was able to keep his eyes on the prize.

He leaned on me to talk through the doubts and frustrations and refocus on what he needed to do. Jeff is a very positive guy, so we focused on tapping into that mental strength to get him ready to race.

Jeff learned how to have a plan A, B and C for every race

Coaching doesn’t stop on race day! We’d talked a lot before the race about possible obstacles and how to overcome them, so Jeff had lots of tools available if things went south.

When both his calves locked up during the swim, Jeff didn’t panic. He stopped, relaxed, took a few deep breaths and stretched. Before long, he was able to ease back into swimming.

Despite IRONMAN Arizona’s famous winds, Jeff stayed focused on the bike. He stuck with his plan to watch his effort and his heart rate and to keep power output steady, even during the tailwind sections.

On the run, Jeff has learned that it is better to slow down some than to completely blow up. This took a lot of me reminding him repeatedly that it really would work! Now Jeff works to reel people in during the second half of the run to help him stay motivated.

We also talked a lot about fuel. Jeff used to suffer with GI upset, dehydration, or both. Thanks to a lot of trial and error in training, he came to Arizona with a good fueling plan, plus plans B and C in case A didn’t work.

Jeff received the support he needed to bring it all together

According to Jeff, having a coach is invaluable when his schedule goes awry. He’s able to get back on track safely when he’s missed key workouts. He has another set of eyes looking objectively at his training and monitoring his progress to see when something needs to be changed. A coach knows to ask questions not only about training but also about his health, his schedule, and how the rest of life is going, all the factors that impact his training.

Interested in finding the right coach to help you reach your goals? Let us help! Learn more about our Coach Match Service and how we can help hand-select the coach who meets all your needs. Questions? Email kgoldberg@trainingpeaks.com. 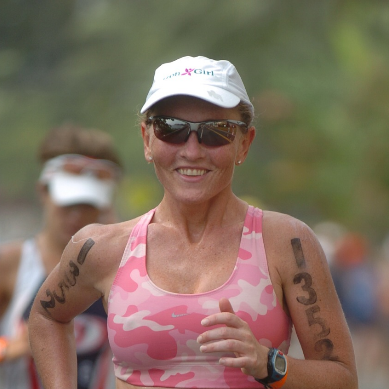 About Lesley Mettler
Lesley Mettler is a USAT level 2, TrainingPeaks Level 2, IRONMAN University Certified, USA Track and Field level 2, USA Cycling level 1, AFAA Personal Trainer, NASM Personal Trainer with more than 20 years of experience coaching all ages and levels of athletes, in running, triathlon, ultra running, and overall fitness. Lesley has a B.S. from Oregon State University in Sports Science, specializing in nutrition and pre- and post-natal fitness. Lesley has competed in more than 20 marathons, including winning the 2017 Antarctica marathon. Lesley is a 12-time IRONMAN, including Kona twice. More recently, she has taken on ultras, winning her age group in her first 50 miler. Learn more at Coachlesley.com or her TP profile.