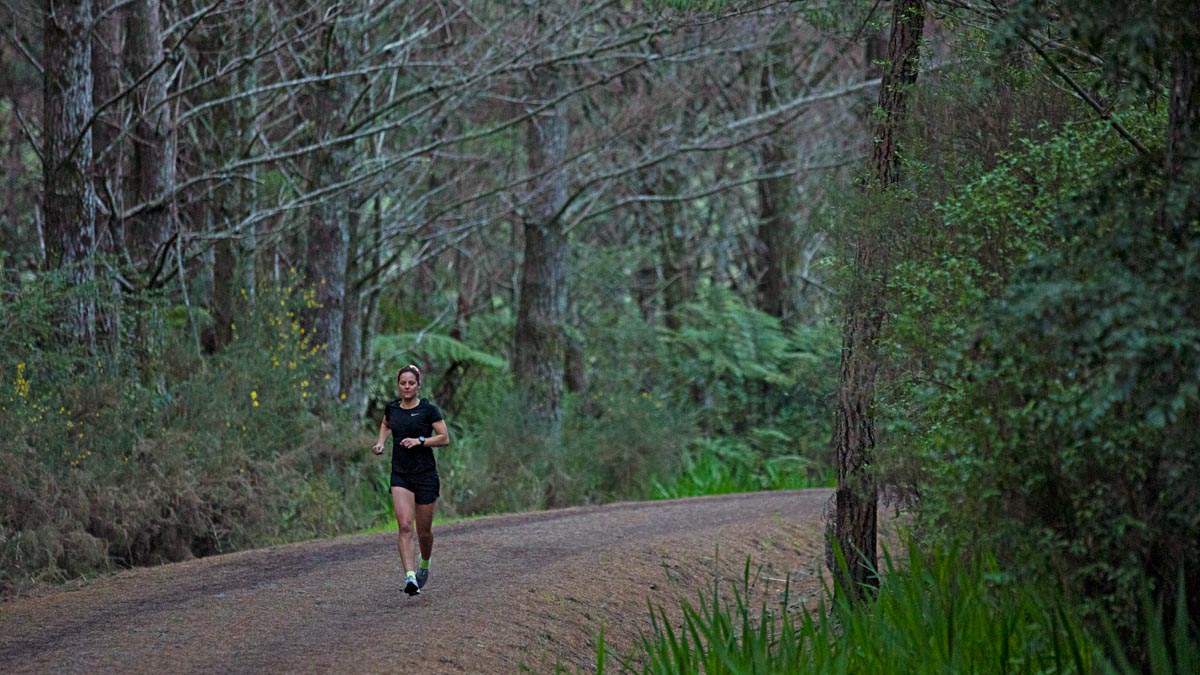 How Hard Should I Train the Day Before a Big Workout?

Understanding the importance of a workout’s intensity is vital to your training success. Here’s what to do the day before a big workout.

Big workouts are kind of like small races. There’s not as much at stake in a big workout as there is in a race, but they’re important enough that you want to go into them ready to perform. A lot of ink has been spilled on the subject of what to do the day before a race. All you have to do to ensure you’re ready for your next big workout, therefore, is apply these same guidelines…

How to Prepare for a Big Workout

I learned an important lesson on this topic when I collaborated with elite run coach Brad Hudson on a book titled Run Faster from the 5K to the Marathon. The training plans Brad created for the book featured a number of big workouts that were preceded by a moderately challenging run the day before rather than the expected easy run or rest. For example, a Friday interval workout might come after a Thursday progression run culminating in a 3-mile acceleration from marathon pace to 5K pace.

Do a Moderately Challenging Workout the Day Before…

Brad explained his use of moderate runs with these words: “For many years, the motto “go hard or go home” has been an accurate representation of how most coaches approach training. Either you’re doing a very hard run to stimulate fitness adaptations or you’re doing a very easy recovery run to help absorb the previous hard run and prepare for the next. But a weekly schedule that entails only two hard runs makes it possible to also do one or two moderate runs (in addition to easy recovery runs) without hampering your recovery from a previous hard run or sabotaging your performance in the next.”

Now, you might think that doing a moderate workout would leave you too tired to perform optimally in a big workout the next day, but this brings us to Brad’s second reason for using the method. Have you ever noticed that your first interval is never your fastest in an interval set? This common experience is explained by post-activation potentiation, which is the priming effect that a bit of hard work has on the body’s capacity to perform. Brad explained that he noticed a similar phenomenon from one day to the next with his athletes — and not just from one interval to the next. Sure enough, when I started testing the method with my athletes, I noticed the same thing. It’s almost as if the moderate workout primes the body for a hard effort, a notion that is supported by studies on different tapering protocols, which have consistently found that athletes tend to race better after a taper that includes work at higher intensities than they do after one that’s 100% low intensity.

If Brad Hudson were the only successful endurance coach who had athletes do a moderate workout the day before a big workout, you might think twice before trying it yourself. But there are plenty of other coaches who make use of the practice, including Masato Niyoka, an elite running coach in Japan who likes to have his athletes perform what he calls pace runs the day before a big workout. These are essentially brisk easy runs, targeting an intensity that’s a bit below steady-state (or the maximum intensity that can be sustained for 2 hours). For example, Hitomi Niiya, who set a national record of 1:06:38 under Niyoka, did her pace runs at 5:55 per mile, give or take. The equivalent pace for a 1:45:00 half-marathoner would be about 8:20 per mile.

…But Only if You Are At Least Moderately Fit

In my experience, doing a moderate workout the day before a big workout works well for moderately to highly fit athletes, but not so well for athletes at lower levels of fitness, who are left too fatigued by the first session to perform optimally in the second. As a rule of thumb, if you train seven hours per week or more, you’re probably fit enough that doing a moderate workout won’t leave you too pooped to crush a big workout the next day. If you train less than seven hours per week, you’re probably better off training lightly or resting the day before a big workout.

Following are three suggested formats for moderate workouts. Intensities are prescribed on a 1-10 scale of perceived effort (RPE), but pace, power, and heart-rate versions of these workouts are available in the 80/20 Endurance workout library.

If moderate workouts are such a great way to tee up a big workout the next day, why not do them the day before a race? Two reasons: context and risk. Big workouts take place in the context of normal training, whereas races come at the end of a one- to three-week tapering period that is carefully designed to minimize the risk of laying an egg on race day. While an effective taper does include moderate workouts, both scientific and real-world evidence indicates the last of these should fall two to three days before competition. I’m not saying you can’t have a great race the day after a moderate workout, but I do suggest you save that experiment for a low-key event, not the Olympics!