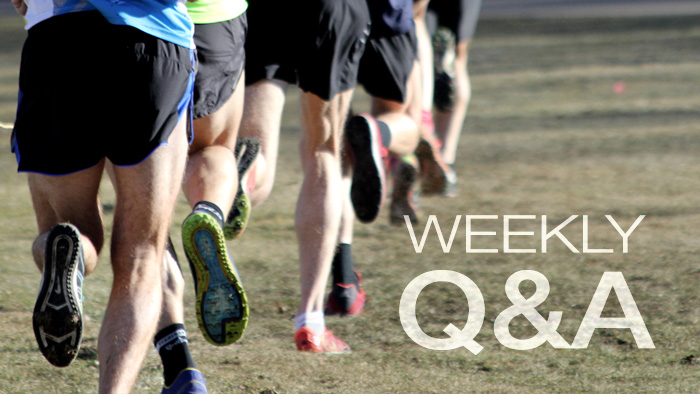 The Proper Pacing Strategy For a Marathon

Proper pacing is critical for a successful race. There are a few tactics to use, and Hal gives his advice on going out hard to“bank time” versus a steady pace following a pacer.

“What is your take on pacing strategy, specifically running the first half of the marathon at a slightly faster pace than your planned finish, in order to bank some time for the inevitable slowdown in the second half? For example, what if I run 1:53 for the first 13 miles, figuring I can slow to 2:07 for the remaining 13 miles (a minute per mile slower) and still make a four-hour time goal. Or would you recommend maintaining a consistent four-hour pace from start to finish, sticking with the pacer for that group?”

An even pace usually is the best approach. You may think you are banking some time, but when you get into the final six miles, you may feel like one of the American banking firms during the sub-prime mortgage meltdown described in the book and film, The Big Short. You’ll lose more than you saved because you went out too fast.

But I must confess that I once thought otherwise and even wrote about that strategy in the first edition of Marathon: The Ultimate Training Guide, published in 1993. A friend of mine with a mathematical bent (George Myers of St. Joseph, Michigan) analyzed his past race results and determined how much he typically slowed in the final six miles and developed charts so that he could manage the decline. He even handed out laminated charts to his friends, which we loyally attached upside down to our bibs so we could flip them up each mile and stay on pace.

In all honesty, it worked pretty well, but all those who followed this strategy were experienced marathoners capable of consistent and continuous pace changes. I had my doubts, finally feeling that even pace was best along with negative splits, running the first half slower than the second half. I eventually removed the slowdown charts from the book, feeling they dictated a strategy that was very difficult to follow. Most marathoners, including you, will achieve a greater level of success if they maintain a consistent pace throughout the race. An even more accurate way to pace your marathon is to use a pacing calculator. Here is one that TrainingPeaks offers called The Pacing Project. This calculator uses the course terrain to give you the most accurate pace to follow. And if your marathon of choice offers pacing teams, by all means join one.