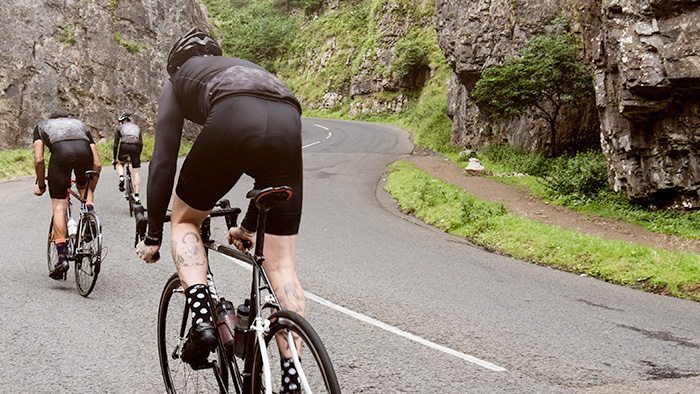 The Peter Attia Approach to Dieting for Endurance Athletes (Part 2)

Part two of our ongoing series on better understanding the effect of fat oxidation on endurance performance and how to time your macronutrient fueling for optimal health.

In part one of this series, I outlined the background information on Dr Peter Attia, detailing Peter’s individualized approach to diets, and the importance of fat oxidation for endurance performance (normally through a low carbohydrate, high-fat diet).

Reading the first post provides important context for understanding the basis of the forthcoming examples and recommendations. As I mentioned in the first post, please note that while Peter Attia is fine with me trying to tackle the topic, it does not imply his endorsement of the approaches in this article as they are my own.

Continuing on from my first continuous blood glucose meter (CGM) example, my next case is from the lab, where I was volunteering for a study and was asked to do a maximal volume of oxygen uptake (VO2max) test. In this test, the power ramps up quickly to determine my peak aerobic power output along with my VO2max. Prior to this, I had done a steady state test to determine my fat and carbohydrate oxidation rates.

For the short 14-min test (only my heart rate is shown), what is interesting was that after I was finished, my blood glucose spiked to 8.9 mmol/L, which is a high number for me, and took an hour to get back down to baseline. This finding brought to light, for me, the impact of high-intensity exercise.

Imagine the situation where you were always training hard, coupled with other lifestyle factors known to raise blood glucose. The high-intensity exercise could potentially be adding to the problem rather than being a healthy solution. I’ve written about this issue in a prior TrainingPeaks blog post. High-intensity training is still important, but I suppose balance is the key.

Stress comes in many forms, not just high-intensity exercise. It’s also due to poor sleep and the self-imposed stress we inflict on ourselves in today’s world of pinging emails and incessant social media updates.

Peter has reported on the impact of stress in his podcasts, where despite keeping his glucose low during the day, he can still experience high levels of blood glucose in the evening in line with stressful situations occurring in his daily life. Likewise, I could show another CGM trace with nearly the identical response to my VO2max test, but where the rise in glucose involved no exercise or diet manipulation whatsoever, but simply reading an email that was upsetting.

However, each situation shares a common cause, with the stress hormone cortisol most likely to blame. Thus, to combat against these environmental stressors that affect us, and in the name of maximizing fat oxidation for performance and longevity, Peter recommends practicing some form of meditation, an idea which was once dismissed by many as being a bit “out there,” but has gained greater traction in the science realm as the benefits are reliably proven. From personal experience, low-key meditation is something that’s certainly helped me control my response to stressful situations and also greatly improved my sleep.

Finally, I’ll share a nutrition example from my colleague Dr. Dan Plews. In this example, The Plews ate what we might consider to be a delicious, healthy pear at about 11 a.m., during work hours. We were surprised how high this spiked his glucose levels (6.7 mmol/L) for an hour before his lunchtime run (70 minutes long), which eventually helped return his glucose levels back to normal. Note the response of his pear in contrast his earlier morning LCHF breakfast (6:45 a.m.), which did very little to impact his glucose level:

Alternatively, take again the example of The Plews during a seven-hour training ride we did in the Swiss Alps (shown below), with a clear break in the middle at which point we enjoyed a relatively high carbohydrate meal.

In this situation however, where a high workload preceded the meal (note the 42-minute climb at 300W just prior), there’s no noticeable impact on his blood glucose level. Thus, timing is everything. You can ultimately cheat the system if you know how it works.

Additionally, perhaps this is how professional endurance athletes, some known to train 35 to 40 hours per week, can be successful on high carbohydrate diets. However, we believe that it can be done successfully on a much lower training load when proper attention is paid to some of these principles.

As mentioned, everyone’s an individual, but here are a few key learnings from the N=1 data shown before getting back to Peter.

The Peter Attia Approach to Diet for Endurance Athletes

So how does this information affect us? And how does it relate to the Peter Attia approach to dieting for endurance (and longevity)? As Dr. Attia has said, at least for athletes 40 years of age or older, it’s a diet that keeps insulin low (along with some other biochemical markers you can learn about by following Peter; IGF, MTOR1, RAS, with AMPk high).

However, optimal fraction of these molecules will be different for each of us. For Peter, someone who is mildly insulin-resistant (like myself), it winds up being a diet that is about 20 percent carbohydrate, 20 percent protein and 60 percent fat.

Importantly, he recommends a diet that keeps your average blood glucose low, without major spikes throughout the day (or evening). He also recommends protein to be just high enough to maintain your muscle mass, but not any higher. The balance of the diet should be in the form of healthy fats, which he says is the thing people seem to find most challenging. To keep tabs on the quantities of these macronutrients in your diet, I recommend using a new free smartphone app (shown below) called Senza.

To finish, Peter’s approach has been revolutionary for my own health and performance, as well as those of the athletes whom The Plews and I coach. Thus, we value Peter’s leadership in this area. Of note, a couple of our elite male athletes, Kyle Buckingham and Jan van Berkel recently underwent a 180-degree flip of their diets using these principles, in concert with personal best performances at the recent IRONMAN South Africa. You can see more about the remarkable changes in their markers of health here.

I’ll be presenting on these topics, as well as the information from my first blog post, at the upcoming Endurance Coaching Summit.

Paul Laursen, PhD will be a speaker at the 2017 Endurance Coaching Summit, held Aug. 3-4 in Boulder, Colo. Learn more from coaches and experts on topics including physiology, race planning, marketing and more. Register now!

About Paul Laursen
Paul Laursen, PhD is an Adjunct Professor of Exercise Physiology out of AUT University in Auckland, New Zealand. He is based in Canada and runs a coaching and consulting business with his colleague Dr Dan Plews, called www.plewsandprof.com. Follow him on Twitter  @PaulBLaursen  and @PlewsandProf.
#NUTRITION