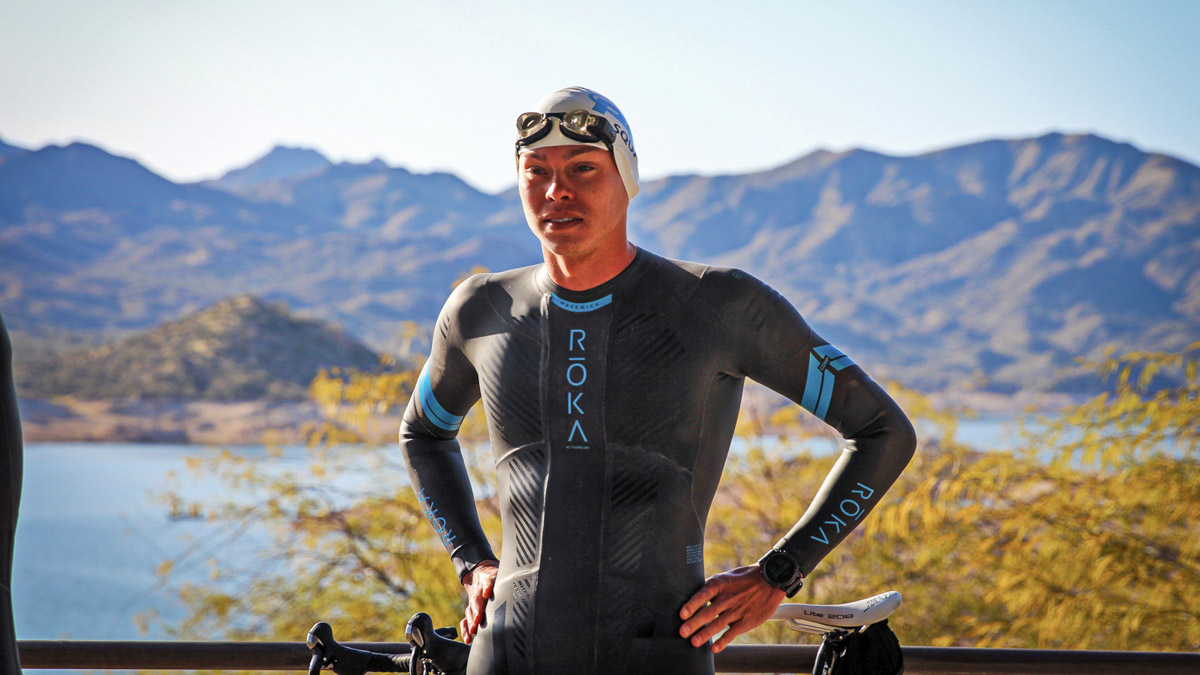 Simplify Triathlon Training With These 4 Tips

There’s no one-size-fits-all way to train for triathlons. Here’s how to keep things simple and manageable for your unique life.

It may seem overly complicated to train for a sport that blends three different disciplines and has several race distances. How many hours per week should you do? How many sessions? What kinds of intensities? And what about tactics and logistics?

As it goes in the training world, the answer is: “it depends.” An approach tailored to your specific needs and life commitments that doesn’t further complicate your schedule is always the best choice. Here’s what to keep in mind.

London-based triathlon coach Declan Doyle says he first and foremost looks at the athlete, their home and work lives, their available time to train, and their athletic history as part of the initial (and then ongoing) training programming.

“The so-called periodization should look at what the athlete does today. And that informs what they will do tomorrow. In this scenario, the importance of flexibility is key,” he says.

For example, if you had a tough day at work, or encountered stress (be it a sick child, working late or overtime, having had an argument with your partner), then going out and smashing 21×800 on the track may not be the best thing you can do. “This would still count as additional stress from a biological cellular viewpoint,” says Doyle.

If you have a stressful life or just had a couple of tough days, training hard often compounds stress rather than relieving it. On the other hand, if you missed a session because of an appointment or a life event, that may become an “opportunity to introduce a tougher session the following day due to (you) being rested,” he says.

Another London-based coach, Rebecca Goodwin, also believes that adaptability to specific circumstances is key in both training and racing. “There is no such thing as a perfect race and putting pressure or expecting (it) to be (is) where it starts to go wrong,” she says. “Training is the same. It’s never perfect, so understanding what you need to achieve and implementing it is key. For example, you may be injured in running, so working out what you can do to get stronger within your limitations means you will be much stronger for your return.”

Takeaway: Do not train hard if you have stress in your life and do not catch up on training sessions you missed. However, if you miss a session and feel fresh, you can go a bit harder in the following sessions.

Another way to achieve longevity, says Goodwin, is to “chase constant mediocrity in training over the long term, rather than chasing short term achievements, to reach your race goals.”

Goodwin points out that just targeting an FTP increase every month may be rewarding in the short term, but it’s not the goal of the year in itself. Also, that “tends not to be sustainable, whereas turning up for nearly all the sessions is what gives the bigger results,” she says.

For Goodwin, consistency and simply turning up are among the most important pillars of training and performance. “Turning up to each session and resting — especially when athletes don’t see the results they want to see (yet!) — is what builds the foundations to reach their big goals,” she says.

Doyle, who also believes consistency is the primary indicator of positive performance, uses a famous metaphor to exemplify what simple repetitions over time can do: “There is a saying that goes back to Milo of Croton, a Greek wrestler in the 6th century BC: lift a calf every day, and when you grow up, you can lift a cow.”

The story goes that Milo gained his immense strength by starting to lift a newborn calf when he was a boy and then lifting it every day as they both grew up. Finally, when he was an adult, he was then able to lift the whole cow.

Takeaway: Focus on the bigger goals and aim to improve in the long term. You can get there by targeting a consistent training plan made of sessions that are manageable — and may even seem too easy.

Rest and recovery are the main performance tools in your toolbox, and that applies to every aspect of your life. “Listening to the body is hard and letting it recover is even harder — but we know the body won’t get stronger if it can’t adapt because you aren’t giving it the time off it needs,” says Goodwin. So, she adds: “Rest, rest, and rest some more.”

Takeaway: Rest is the most important recovery tool in your training toolbox. Use it without limitations.

On the big debate about technique, Doyle believes that this is an area where athletes tend to spend too much time (and money). “Technique must suit the individual first rather than the theoretical perfection that is often attempted but seldom emulated,” he says. Instead, it’s better to pay attention to your individual physiology, biomechanical limitations, and the nature of the task ahead to develop a technique that’s right for you.

Takeaway: Don’t try to copy the technique of the best in the sport. Technique is highly individual, and what works for a professional may not work for you.

Finally, in a race scenario — where there is a lot you can and cannot control — it’s better to focus on getting from A to B as quickly as you can instead of racing the other athletes around you. To do so, planning your race is essential. That could mean writing down a list of “What If” (where you write down your main fears and ways to overcome them), or to-do lists in preparation for race week. While you can go into detail with these lists, remember that keeping things simple is still the best way to keep triathlon manageable and enjoyable.