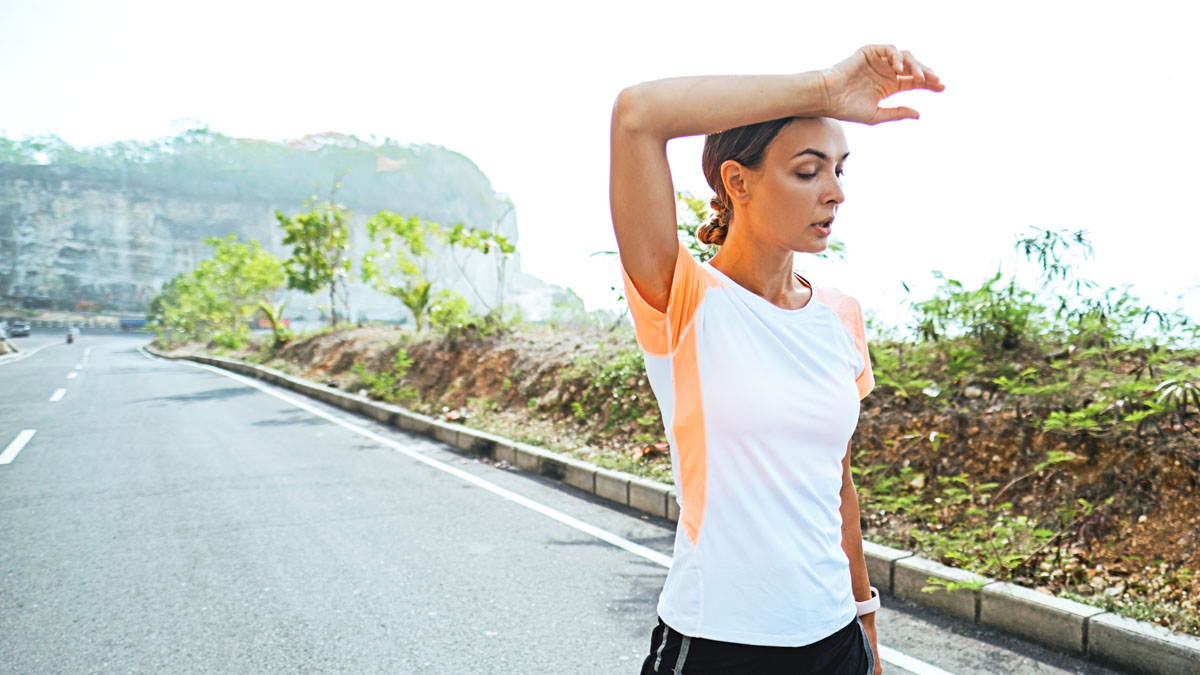 Should You Train After a Bad Night’s Sleep?

We all sleep badly sometimes, but does it ever mean you should skip your workouts?

Research has shown that several nights of poor sleep can impair exercise performance. One of the foremost experts in this field, Shona Halson, discovered that insufficient sleep results in decreased speed and power output, reduced reaction times, a dip in the integrity of your immune system, and is detrimental to cognitive ability (which is important when it comes to factors like pacing).

Halson has conducted numerous studies in the field of sleep and exercise. One of them involved 42 netballers who were made to use an actigraphy monitor (essentially a watch packed with accelerometers and sensors to monitor movement) and keep sleep diaries during a six-day tournament and for the 12 days prior. The results showed that the top two teams slept, on average, an hour longer each night (for nine hours rather than eight) before and during the competition and, perhaps more importantly, reported better sleep quality.

Halson’s more recent study, ahead of print in Human Kinetics Journals, showed that elite athletes obtain substantially less sleep than their self-assessed needs. For the study, Halson recruited 175 elite athletes whose average sleep duration came in at 6.7 hours when they needed 8.3 hours to feel rested. “This is a critical finding,” Halson concluded, “given that insufficient sleep may compromise an athlete’s capacity to train effectively and/or compete optimally.”

Halson’s studies (and others) conclude that insufficient shut-eye results in further bad news for athletes: sleep deprivation, especially when chronic, can kill motivation to train and impede the ability to think clearly. This is because chronic sleep deprivation leads to degeneration in certain areas of the brain, including the hippocampus, prefrontal cortex, amygdala and hypothalamus.

Training on a Bad Night’s Sleep

A recent Japanese study published in the journal Physical Activity and Nutrition sought to determine the effects that a poor night of sleep can have on a training session the next day. The researchers had 11 subjects complete two exercise trials on two separate occasions, once after a full night of sleep (8 hours) and once after a night of partial sleep deprivation (4.25 hours).

The scientists compared the athletes’ maximal strength levels before and after the exercise sessions on both occasions. They also measured the athletes’ metabolic responses during 20 minutes of running (at 75% VO2 max on day two) and their times to exhaustion at 85% VO2 max (also on day two). While there was little difference between maximal strength levels or oxygen utilization, time to exhaustion decreased significantly after partial sleep deprivation — from 887 seconds to 665 seconds. This is likely due to the reduced glycogen availability that was the result of inadequate sleep.

These findings suggest that athletes suffering from a bad night’s sleep shouldn’t expect to perform optimally in the following day’s high-intensity session and should consider reducing the length and/or duration of that particular session.

How to Get a Better Night’s Sleep

All of this highlights the importance of establishing good night-time habits in order to enjoy sufficient, performance-boosting sleep. Here are some simple things you can try:

Sleep is essential for all endurance athletes, no matter what your ability. If you’ve slept badly, it might be worth reducing the intensity of your next workout, or to reschedule it entirely. Just note that if you’re enduring night after night of poor sleep, it’s worth making an appointment with your doctor.