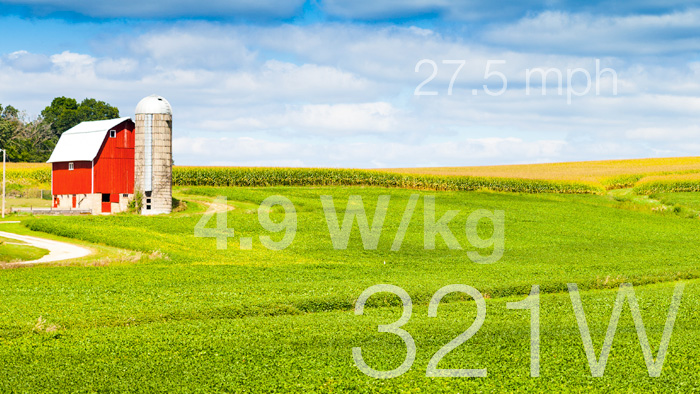 American Matt Chrabot took the win a the weather modified IRONMAN 70.3 Racine. Read how he handled the weather and view his bike and run file to see what it took for him to win.

Gusty winds and lightning forced organizers of IRONMAN 70.3 Racine to delay the start of the race and shorten the bike to only 30 miles. Once under way, it was Matt Chrabot who put together a consistent race to take the win.

The delayed start forced the athletes to manage their pre-race nutrition differently than they had planned. “The race was delayed by three and a half hours,” recalled Chrabot. “With the modified distance I just had some toast and sipped on my bike nutrition since I knew I wouldn’t need all of it.”

On the bike, Chrabot was patient, using a lesson he recently learned from going out too hard in a local time trial. “With that experience in mind, I knew that taking the bike out too hard in the modified bike/run would cost me the podium,” he said. That strategy worked well and Chrabot come off the bike in second place behind Lionel Sanders. 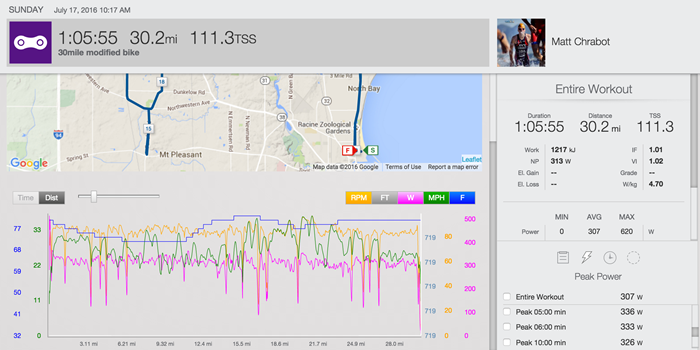 Off the bike, Chrabot had the daunting task of running down the fleet-footed Sanders. “I knew I had second place locked up with Lionel three minutes up the road,” said Chrabot. However, Sanders began to struggle with gastrointestinal problems, inspiring Chrabot to push for the win. “Getting news that Lionel looked like he was fading motivated me on experimenting with an effort I don’t normally push until later in the race.”

Chrabot was able to run a 1:12:55 and ended up with a comfortable margin of victory of 1:14 over Sanders. 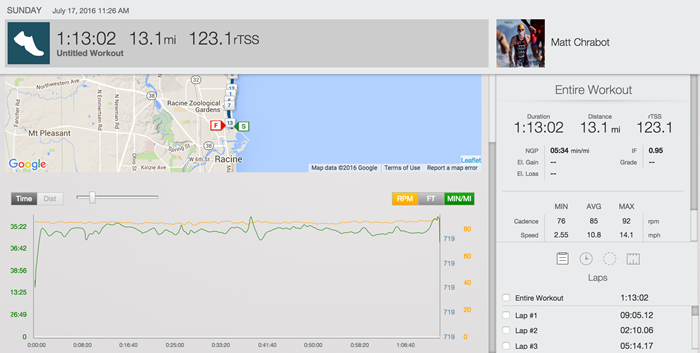 Through changing conditions, Chrabot made smart decisions. His ability to adapt to the weather, take previous lessons learned, pace himself properly, and of course push his limits lead to him taking the win.