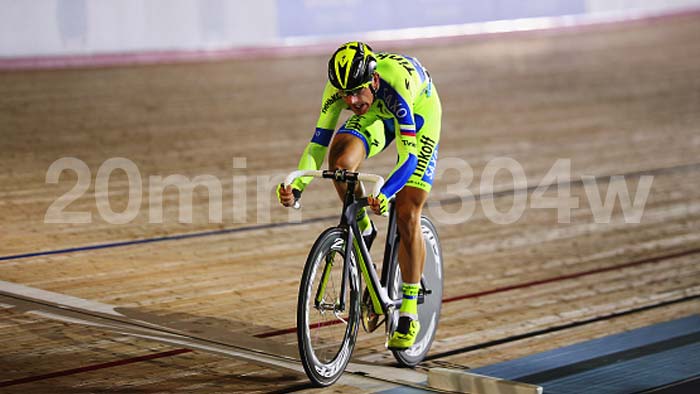 Danish rider Michael Morkov is the type of rider that keeps training throughout the year. A former track specialist, he recently raced the London Six Days with his brother, Jesper. Take a look at his power from Day 3, and learn what keeps this consumate professional motivated.

The London Six Day event is a series of track races that takes place over six days. Riders compete in teams of two, and each night has six to seven races in a variety of disciplines and distances. Each race has a set point allocation for the top spots and the team with the most points at the end wins.

The demands of track racing vary widely based on the event. Some races take up to 30 minutes while other less than 3. Therefore, all around riders tend to do well.

The London Six Days started just three weeks after the World Championships. While many riders take several weeks of down time away from the bike, Morkov prefers to keep riding. “To be honest, I never liked to have a proper long break after the season,” he commented. “I prefer more to have an easy week now and then. I love to be on my bike and train.”

There are also other benefits to riding the track according to Morkov. “I love track cycling and like to keep the connection to those fast races since I also believe it gives me valuable skills for the road,” he says. Additionally, Morkov feels it helps him mentally to have some victories. “On the road there can be a long time between victories. By doing track races, and doing them well, I also gain morale and confidence for the upcoming road challenges.”

Morkov does not race the track every year saying, “this year, I felt like doing it.” His partner for the London Six Days was his brother, Jesper. The pair won several races throughout the event, and ended up finishing 7th overall. Here is a look at the third day of racing. 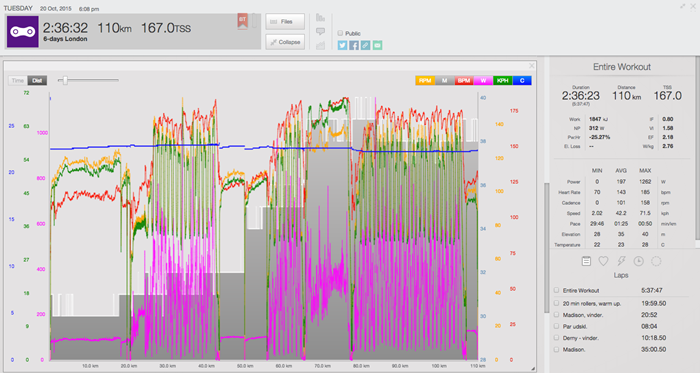 It is obvious that Michael Morkov is passionate about riding his bike. A consumate professional, he enjoys the work necessary to be ready for a long professional race season and is a rare rider who needs few mental or physical breaks.

About AJ Johnson
AJ Johnson is the Content Editor and Power Analyst for TrainingPeaks. He is also a USA Triathlon and USA Cycling certified coach. A jack of all trades in endurance sports, he has raced everything from IRONMAN and marathons to road, mountain, and track cycling. A former freelance writer and editor of TRI and ROAD Magazines, when not editing or writing he spends his time with his family or out on long rides to think of more great content for TrainingPeaks readers.
Visit AJ Johnson's Coach Profile
#CYCLING#ROAD