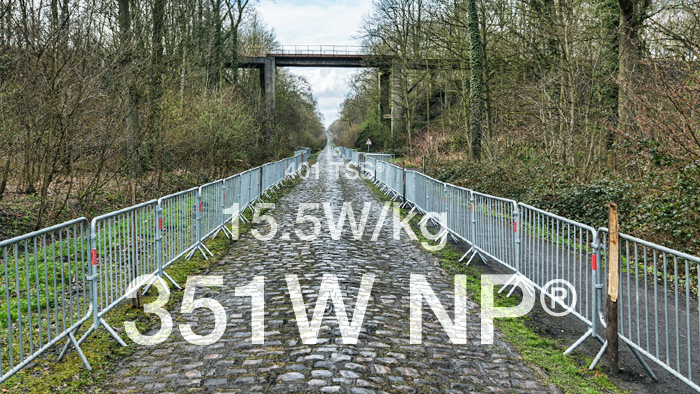 Team ORICA GreenEDGE rider Mathew Hayman took the biggest win of his career winning Paris-Roubaix on Sunday. Hayman got in the early break of 16 riders to save energy and was well positioned when some of the sport’s elite caught up. In the final kilometers, Hayman covered attacks, counter-attacked and was able to take the sprint to the line. See his power numbers from the day and learn what it takes to win Paris-Roubaix.

After 15 attempts, Australian rider Mathew Hayman of Team ORICA GreenEDGE took the victory at Paris-Roubaix. This strong rider has typically worked for others, but this year he seized the opportunity to take the biggest win of his career. View his power numbers and interact with his power file to see how strong his effort was and what it takes to win one of the biggest races in cycling. 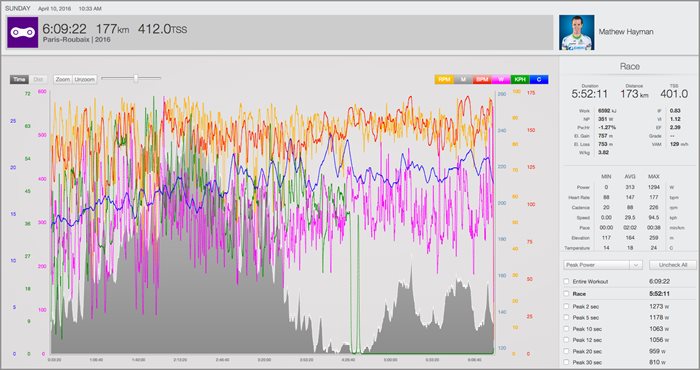 About AJ Johnson
AJ Johnson is the Content Editor and Power Analyst for TrainingPeaks. He is also a USA Triathlon and USA Cycling certified coach. A jack of all trades in endurance sports, he has raced everything from IRONMAN and marathons to road, mountain, and track cycling. A former freelance writer and editor of TRI and ROAD Magazines, when not editing or writing he spends his time with his family or out on long rides to think of more great content for TrainingPeaks readers.
Visit AJ Johnson's Coach Profile
#CYCLING#DATA-ANALYSIS#PERFORMANCE