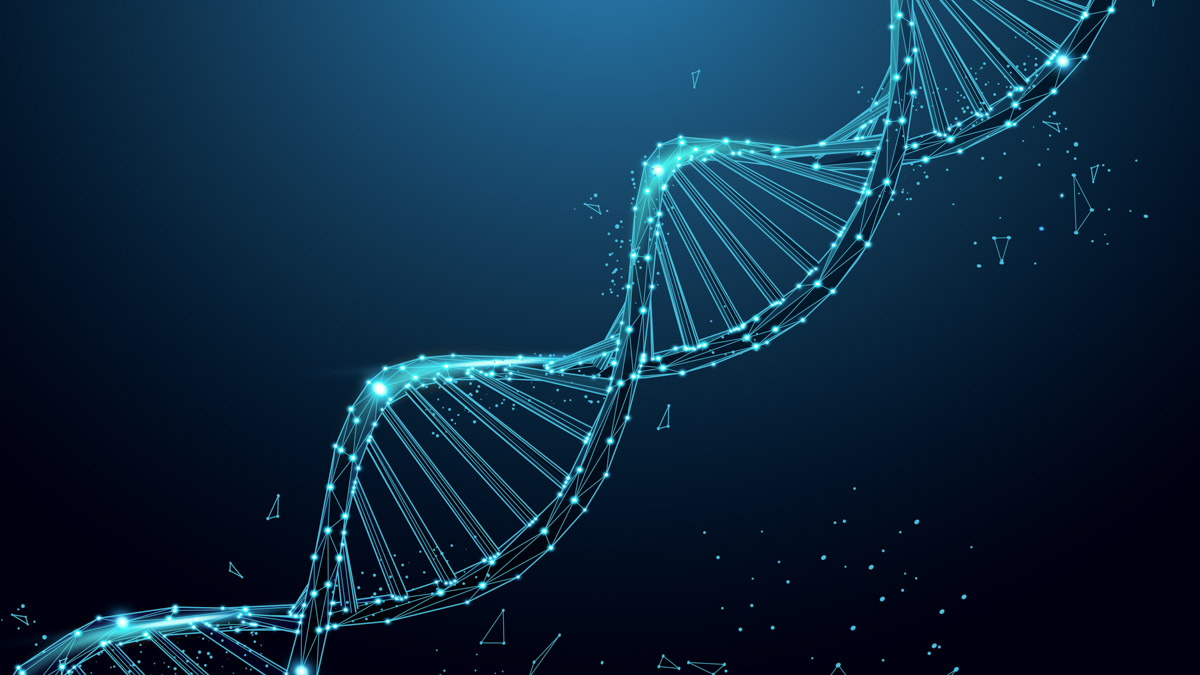 There’s no short cut to fitness, but some athletes get a genetic head start. Here are some of the ways genes can affect your endurance performance.

We refer to it as “talent,” but in sports, talent is often synonymous with “a good set of genes.” Of course, hard training, consistency, nutrition, recovery, race tactics, and luck are all important on race day. But having a good ‘physiological talent’ (a.k.a. a better genotype) is a good place to start.

There are countless studies on the topic, as the endurance sports status remains the most researched in sports genetics. Three, in particular, are of note here: Genetic Profile of Elite Endurance athletes [A. Semenova et al., 2019], Genes, and Responses to Aerobic Training [S. Cagnin et al., 2019] and Genetics and Inheritance in Triathlon Performance [I. Ahmetov and M. Collins, 2013].

Before delving into the nitty-gritty of endurance and triathlon genetics, let’s do a quick overview of some key terms:

DNA is a molecule that encodes an organism’s genetic blueprint. It contains all the information required to build and maintain an organism. Nearly all the cells within an organism contain the same DNA molecules. The segments of DNA that carry genetic information are called genes, and they are inherited by offspring from their parents during reproduction

Region of DNA coding for the messenger RNA, encoding the amino acid sequence in a polypeptide chain or for a functional RNA molecule.

The observable characteristics of an organism, often a reflection of their genotype interacting with their environment.

The term can have a general definition (like the genetic makeup of an organism, or an organism’s set of genes) or have a narrower sense and refer to alleles carried by an organism, which are the variant forms of a gene.

So how much of a role does genetics play in sports? Studies have shown genetic factors account for 44-68% of the variability in endurance-related phenotypes. As you might guess, the main factors that play a role in endurance sports, are those related to cellular metabolism and cardiovascular function: hemoglobin mass, maximal cardiac output, and maximal rate of oxygen consumption (VO2max) being a few. But there are also some more observable factors, such as height and body composition which are also affected by genetics.

In Genetics and Inheritance in Triathlon Performance, Ahmetov and Collins break down some of the most recurrent physical characteristics and body composition traits that have been proved successful in triathlon.

“The mean body height of elite male and female triathletes is typically around 71 inches (180 cm) and 67 inches (170 cm), respectively,” they write. For comparison, double Olympic champion Alistair Brownlee is 176 cm tall and Olympic Gold medallist Nicola Spirig is 166 cm. There is consensus in the literature that height is highly heritable. 80% of its variance comes from the contributions of multiple genes, while 20% of the variance is environmental, coming from factors like nutrition.

The mean Body Mass Index (BMI) of elite male and female triathletes has been found to be around 21.3 and 20.4 kg/m2, respectively. Heritability of BMI is estimated to range from 44 to 90%. Several association studies have shown that there are more than 50 gene polymorphisms associated with BMI, comprising genes involved in appetite control, fat absorption, lipid storage, and fatty acid oxidation.

Fat mass, also defined as the amount of energy stored in the body in the form of triglycerides, is also a major factor. Not surprisingly, researchers have found that a lower body fat content is associated with better performance in most endurance activities. It’s not just all about watts per kilo; athletes with lower body fat percentage also had higher VO2max values, which means they can use oxygen more efficiently.

Muscle mass, on the other hand, has an inheritability of 52-90 percent and is considered as a positive factor for endurance performance. The genetic markers associated with fat-free mass are less studied and are located in genes involved in the regulation of vascular tone, muscle contraction, hormone metabolism, and cell signaling.

Endurance athletes have been shown to have a higher proportion of slow-twitch muscle fibers in the vestal lateralis (one muscle of the quad), the gastrocnemius and the posterior deltoid muscles (and likely in other muscles as well). The inheritability of slow-twitch fibers is around 40-50 percent, which means that genetics and environmental factors play a nearly equal role in their development. Among the environmental impacts on individual development, there are several factors to be considered, including nutrition, level of physical activity, and physical environment.

These factors play a part in regular adaptation to a stressor, but can also activate different epigenetic mechanics that—without changing the DNA itself—can still lead to the activation of transcriptional processes and to actually change the composition of muscle fibers.

VO2max has shown a maximal heritability of around 47 percent. A study from Bouchard showed that individuals who carry a few favorable alleles for this variation increased their VO2max by 221 mm/min through training, while those with more favorable alleles increased it by 604 ml/min. In other words, most individuals can increase their VO2max, but some have more of a margin to work with depending on their genes.

This finding is echoed in the HERITAGE training Family Study, which analyzed the role of genotype in response to aerobic exercise by following parents and offspring through training. The study found that among 700 sedentary healthy subjects, the average increase in VO2max was 19% after 20 weeks of exercise. 5% showed little or no change in VO2max, while another 5% showed a whopping 40-50% increase.

It is no surprise that athletes with genetic variants associated with good endurance performances also perform better at Ironman races. But some common sequences and variations were associated specifically with successful Ironman athletes. These include improvements in biochemical pathways within the skeletal muscle that improve endurance performance, and a reduced capacity to sprint or produce an enormous amount of power.

These variations were found in genes responsible for lipid and glucose metabolism, fatty acid oxidation, muscle fiber regulation, and mitochondrial processes. Some similarities were also highlighted between a predisposition for performing well in cycling and running.

Effects of DNA on Training, and Vice Versa

Regular exercise has positive effects on endurance capacity, muscle strength, arterial stiffness, and body weight. The exercise-induced adaptations in skeletal muscles involve a multitude of mechanisms that initiate the replication of specific DNA sequences. These sequences enable the translation of the genetic code and generate a series of amino acids that form proteins.

Exercise-induced adaptations are determined by training volume, intensity, frequency, and the half-life of the proteins involved—and repeated bouts of endurance exercise can actually result in an alteration of gene products and muscle phenotype. Similar training programs can impact gene regulation in different ways, which is why individuals can have different responses to the same training program.

However studies on twins have shown that, at a molecular level, people with a similar genetic background tend to respond similarly to training stimulus compared to those with a different genotype. No wonder, then, that the world’s best endurance runners are from some distinct regions of Ethiopia and Kenya, where genetic similarities and external conditions have created the conditions to develop the best long-distance performances we’ve ever seen.

Despite all the evidence supporting the importance of genetics in endurance performance, there is no test which can (at this stage) be used to determine performances with absolute certitude. More likely, the genetic tests of the future could be used to determine injury risks and responses to training, or in order to map genetic suitability for team-specific positions and roles. Once again, talent is not everything, and hard work always works. But genes can definitely help.