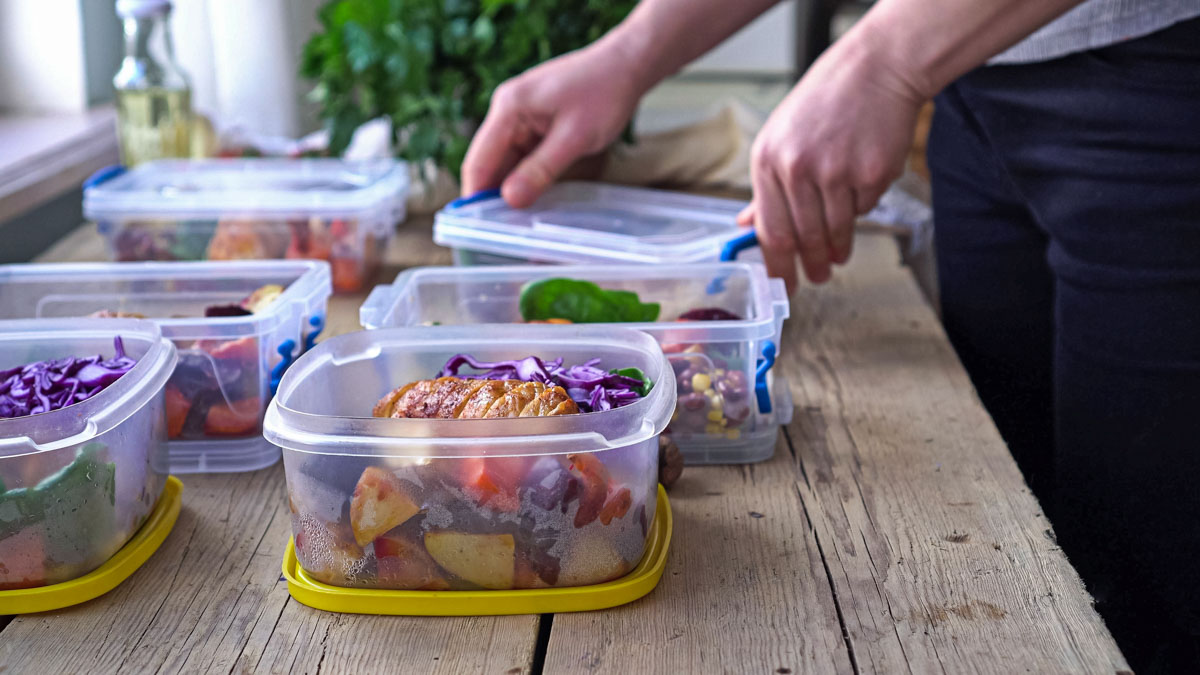 Here’s how much protein you need to recover as you age.

“In the world, nothing can be said to be certain, except death and taxes.” So said Benjamin Franklin. Sadly, while Franklin had the wherewithal to draft the Declaration of Independence, he failed to mention the third irrefutable fact of life: older endurance athletes take longer to recover and experience more post-session muscle soreness than their younger brethren. How depressing.

Or maybe not, as research suggests that specific fuelling strategies can help masters athletes recover faster, with less muscle soreness. But before we direct you to the Holy Grail of dietary advice, it’s prescient to understand how age negatively impacts the aging bodies of male and female athletes…

Peak performance is broadly down to a combination of cardiovascular fitness and muscular strength. Disappointingly, as you age, both decline. When it comes to cardio, the reasons why aren’t 100% understood but two well-supported reasons are…

As for your muscular system, it’s thought that you lose 3% to 5% muscle mass per decade after you turn 30. Age-related muscle loss is called sarcopenia and is heavily down to fast-twitch muscle fibers, which deteriorate more rapidly than slow-twitch muscle fibers. it’s suggested that the sharpest loss of muscle power happens between ages 31 and 40.

Don’t hang up your Garmin just yet, though – there is good news. You see, unless you’re already training to your optimum and have reached your fitness ceiling (which is doubtful), you’ve room to grow. This is especially true for parental triathletes whose available time will grow once their children flee the nest. It’s also shown that age-related decline in maximum heart rate is smaller than for sedentary folk.

Another piece of good news is that altering your diet can reduce your muscle soreness and shorten recovery time.

The protein guru, Stuart Phillips of McMaster University, suggests that around 0.3g to 0.4g protein per kilogram bodyweight is ideal for active individuals during recovery. It’s why researchers used this as a benchmark when having eight well-trained masters triathletes complete a muscle-damaging 30-minute downhill run.

As soon as they’d reached the end, the subjects consumed 0.3g per kilogram bodyweight of protein (21g protein for a 70kg triathlete). And then the same again every two hours during an eight-hour recovery period. This was followed by a cycle time-trial.

Seven days later those same athletes completed the same downhill run followed by the same post-workout feeding template,  but this time they doubled their protein intake to 0.6g protein per kilogram bodyweight. They then did the cycle time-trial again.

For both efforts, researchers measured the peak force of the triathletes’ quadriceps muscles as well as their cycling performance.

What did they find? Well, the cycle time trial performances didn’t vary, but their peak force did. Subjects experienced an 8.6% drop in peak force during moderate protein feeding – compared to just a 3.6% drop with the higher protein feeding. They also reported less feelings of fatigue with the higher protein intake. We all know protein’s important to stimulate the muscle-repairing process but it’s arguably even more important – and more protein is required – as we age.

There’s also evidence that consuming cherry juice before exercise reduces subsequent muscle soreness, as well as boosting performance. It’s why cherry juice’s omnipresent at a Tour de France team’s table – that and hand sanitizer, of course. As ergogenic aids go, it’s one of the most proven of recent times. And as older athletes struggle with muscle soreness, it’s something worth a try.

Ultimately, unless you discover the elixir of life, you can’t halt the aging process. What you can do with regular training, increased protein intake and a good swig of cherry juice is to slow down age’s debilitating effects. Your sporting life does indeed begin at 40…