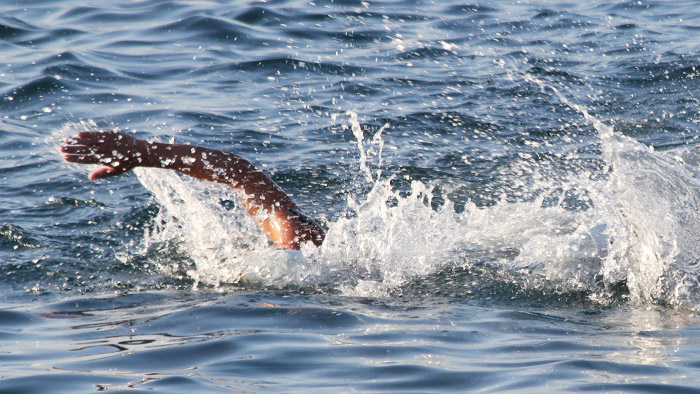 Is Bilateral Breathing Essential For Triathletes?

Your breathing pattern during the swim can affect many different things. Coach Heather Hagan Casey explains what bi lateral breathing is, and why it is a technique that every triathlete should master.

For many triathletes, fall and winter welcomes a transition period allowing extra time to focus on technical skills. Of the three disciplines in triathlon, swimming is the most technical. Small changes to the mechanics of your swim stroke and strategy can shave off valuable time during competition. One technical aspect that may have a positive effect on your swim is learning to breathe bi laterally.

The question of whether or not bilateral breathing (breathing every three or five strokes) is the most beneficial method for an open water swim is a common one. Although the primary purpose of breathing during a swim is to take valuable oxygen in, it is not the only consideration. Bi lateral breathing can also impact your race strategy and mechanics.

The biggest drawback to bi lateral breathing is that you will be taking in less oxygen. Athletes depend on oxygen for ATP production and blood lactate clearing. Unlike cycling and running where the limiting factor is not when you can breath but what your maximal oxygen uptake and utilization is, breathing during swimming is restricted to how often you breathe in addition to uptake and utilization.

Following a bilateral breathing protocol of every three to five strokes limits the opportunity for oxygen uptake. Although swimming is mostly aerobic, there are many times in competition that your heart rate exceeds aerobic zones. The ability to take oxygen in becomes critical during anaerobic burst like passing a competitor or rounding a buoy. Breathing every second stroke will provide the most oxygen for performance during swims where the optimal oxygen demand is high.

Even though it may reduce your oxygen uptake, there are still times when it can be beneficial. If you have limited your training to breathing to your more comfortable dominant side, you have also limited your adaptability to overcome situations like a beaming sun rise directly in your eyes or choppy waters ready to fill your lungs with water rather than air. What if your opponent is swimming stroke for stroke next to you and you aren’t versatile enough to breathe strategically to see where they are or avoid getting slapped?

Sighting is a key component of open water swimming that requires practice to become proficient. Beginner and intermediate level athletes will often swim longer distances than necessary during a race unintentionally by having poor sighting skills. In order to efficiently sight landmarks on shore or buoys an athlete must have the ability to breathe from either direction. Bilateral breathing is a skill all triathletes should learn and train with even if they do not prefer using it during racing simply to have the versatility of options.

Common stroke errors like cross-over and scissor kick can be alleviated by adopting a bilateral stroke pattern to create more symmetry. If your are trying to correct a stroke error using assigned drills and bilateral breathing, you can always revert to breathing non-bilaterally for races and speed training for faster mechanics. Stroke pattern is very individual, and what is faster for one athlete may not be faster for the next.

Muscle imbalances can lead to discomfort and possible injury if not addressed and corrected. Breathing 100 percent with a non-bilateral stroke pattern can lead to muscle imbalances of the lats, shoulders and neck over hundreds of repetitions during training. Diversity in your breathing with both a bilateral and non-bilateral stroke pattern will create better overall muscle balance.

Practice breathing to your less dominant side during warm ups and cool downs as a way to work on technique without sacrificing time during a main set of the workout. Have your coach or friend video your form from several angles so you can see the details of your mechanics. Sometimes it is hard to learn a new technique or correct faulty technique without having a visual image of where the problem lies.

Add variety to your swim sets by using different breathing patterns and switching patterns mid-set or even mid lap to increase your adaptability. A combination style is often a preferable method of using bilateral breathing and breathing more often by following a 2/3/2 breath to stroke pattern.

Another critical factor with any style of breathing but especially when you have a higher heart rate is your exhalation. A full exhalation will allow for more lung capacity to take air in. Practice fully exhaling smoothly through your nose and mouth to be ready to quickly and efficiently take air in no matter what breathing pattern you’re using.

The bottom line is that there are many reasons for triathletes to experiment and practice with different breathing patterns. You never know what you will encounter on race day, so it’s best to be prepared for anything. 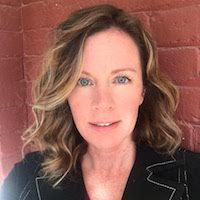