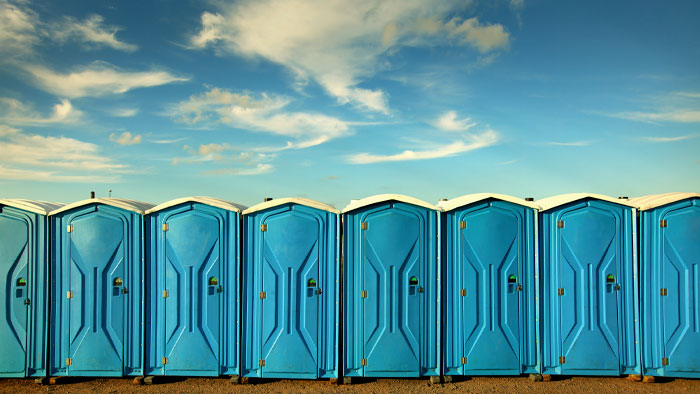 How to Properly Hydrate Before Race Day

Being properly hydrated before your big event is a key to a strong performance. Follow these guidelines to arrive at the start line in an optimally hydrated state.

For many athletes, pre-competition hydration routines tend to be oriented around one main goal, avoiding dehydration. This is understandable since dehydration has been proven to negatively affect performance and sweat rates can easily exceed the body’s ability to absorb fluid so starting an event ‘topped up’ makes logical sense. However, dehydration should not be the only concern as there is a bigger picture to consider when optimizing pre-competition hydration.

Human beings are not camels- we cannot store up vast quantities of fluid for use later on, rather once we are fully hydrated the body has to ditch any excess. To state the obvious, this is why when you start drinking a lot sooner or later you start peeing at least some of it back out. Many athletes believe peeing a lot is a good thing because we’ve been told time and time again that producing clear urine in large quantities is a sign of ‘good hydration’ and therefore something to strive for.

As a result of this and despite having to make more and more regular trips to the bathroom, many athletes forge ahead in the lead up to races drinking increased quantities. This is perceived to be a smart idea, with the frequent deposits of clear urine serving to reinforce the belief that they are doing a good thing. Ironically, this is most often the case with athletes who tend to suffer with hydration related issues during races. Those who struggle with cramps or headaches for example have more of a tendency to overcompensate, as they are conscious they must not become ‘dehydrated’. Simply drinking more and more fluid pre race won’t solve any of those issues; in fact it could make them worse.

The reality is that pre-competition hydration is actually a bit of a balancing act and definitely not just a battle to get as much water in as you can. Having a better understanding of why this is and some of the more subtle factors involved might just help you to figure out a more appropriate hydration strategy that works for you and gets you to the start line in good shape.

Your body is roughly 65 percent water and this is held in two main compartments. Nearly two thirds of it is found inside your cells (intracellular fluid) and the remaining third is outside the cells (extracellular and interstitial fluid). Of the extracellular fluid, roughly 20 percent (around 5 liters in an average adult) is in your blood. However, since you are a living, breathing, peeing, sweating, drinking, metabolically active human being your exact hydration status is in constant flux. Your body does an amazing job of maintaining optimal fluid balance by shifting fluid around internally, by peeing out any excess and by making you thirsty so you drink when you need to take more in. This all works incredibly well in the context of the normal range of inputs and outputs.

Therefore, what this really means for the days running up to competition is that as long as you aren’t massively dehydrated to begin with or sweating excessively at this time all you need to do in terms of figuring out how much to drink is to listen to your body and drink to the dictates of thirst. If over time you can learn to read your body’s signals accurately you are highly unlikely to arrive on the start line significantly dehydrated by following this approach. Whilst it is probably sensible to take in an extra cup of fluid here and there in the final days to make up for any slight level of lingering dehydration, overall there is no great benefit to drinking way more than you normally would.

If athletes do challenge their bodies by drinking vastly more than it requires, (probably thinking it is a good ‘insurance policy’ again dehydration) they can end up causing real problems in other areas. Most of the issues over-drinking creates are related to the fact that body fluids are not just water but are in fact, a very salty mixture containing electrolytes. Electrolytes are crucial for performing a host of bodily functions including cellular communication, nerve impulse transmission and muscle contraction so their relative concentrations have to be regulated very tightly to allow them to do their jobs properly.

The main electrolyte found in extracellular fluid is sodium, which needs to be held at a concentration of around 135-145mmol/l in your bloodstream for everything to function optimally in the body. Essentially, what happens if you drink too much is that you begin to dilute this critical level of sodium in the blood, potentially arriving at the start line depleted of electrolytes. In extreme cases this can lead into a dangerous condition called hyponatremia.

You have probably have already heard about hyponatremia in the press in recent years as awareness of the issue grows in athletic circles. The condition most often occurs in those who drink too much during exercise as they struggle to pee out the excess (your body slows down urine production when you’re active), although it has also been known to occur at rest in some people as well. Hyponatremia is dangerous because as more fluid enters the bloodstream the body has to move some of it back out again to balance the sodium content. If the excess can’t be urinated out easily fluid is forced into the intracellular space instead. This causes swelling of the cells which, if it occurs in the brain, leads to headaches, confusion and even coma or death. Due to the fact that a few people are indeed dying from this every year in sport it is a hot topic in sports medicine at the moment and provides a very compelling reason for not drinking to excess during training and races. It is widely suggested that drinking to thirst (i.e. listening to your body and only taking in as much as your sense of thirst tells you that you need) is the best way of preventing hyponatremia, and this seems to be good advice to follow in most normal circumstances.

Whilst hyponatremia may well be less likely to occur in the immediate build up to an event as your body is more able to pee out any excess water you take in, this still does not mean that drinking very large volumes of fluid is either necessary or safe, especially at times when sweat losses are not great as is often the case when you are tapering down. If you do dramatically increase fluid consumption whilst preparing for an event you may inadvertently be setting yourself up to be more at risk of hyponatremia once you get going as in effect you are beginning to dilute the body’s level of sodium before you get to the start line. This is because as you drink more and pee more, additional sodium is lost in urine and the overall levels of sodium in the blood gradually get diluted down to their lowest acceptable levels. Whilst this might not manifest itself as a serious case of hyponatremia, even a mild case can adversely affect your performance as low blood sodium levels make you feel fatigued and lethargic. This scenario probably happens to more athletes in competition than is widely recognized as it’s rare that anyone does blood monitoring of athletes in races who are just struggling to perform, but not presenting critically ill to the medical tent.

What Should You Do?

In essence, a good pre-competition hydration routine should deliver you to the starting of your race optimally hydrated (i.e. neither under nor over-hydrated). It will ensure that your body fluid levels are at the top end of normal but bear in mind that taking in too much fluid to try to achieve this can lead to the depletion of sodium levels in the blood.

To get to this optimum state the first and most important thing to do is to avoid dramatically over-drinking. Whilst it is a good idea to take in one or two additional cups of fluid each day in the final couple of days to make up for any lingering shortfall in your system it is certainly not necessary or beneficial to go crazy with the drinking over and above what your body is telling you that you need. Urine colour and thirst remain the most helpful indicators of hydration status that you have at your disposal. Ensure your pee is not too dark in colour or low in volume and don’t mistake a large amount of really clear urine as a universally good thing. If you are getting the balance about right you should be passing reasonable quantities of straw coloured pee a few times a day and not feeling too thirsty. Trust your body on this.

In regards to balancing sodium levels, it can be helpful to increase sodium intake in the last couple of days as well. The extra sodium will both increase fluid uptake into the bloodstream by helping to ensure sodium levels are not diluted and increase your sensation of thirst causing you to naturally drink a little more. You can increase sodium intake by adding electrolyte supplements to the water that you’re drinking or by putting additional salt on your food. Just bear in mind that most typical sports drinks are actually relatively low in sodium (at around 400-500mg/l) and that you need something stronger than that (around 1500mg/l or more) to actively pull more water into the bloodstream and keep it there effectively. On that note, there are specific sodium loading protocols that some elite athletes will use prior to competition to really significantly boost blood volume and electrolyte levels. However, discussion of these is quite a big topic on its own and requires a further write up at a later date.