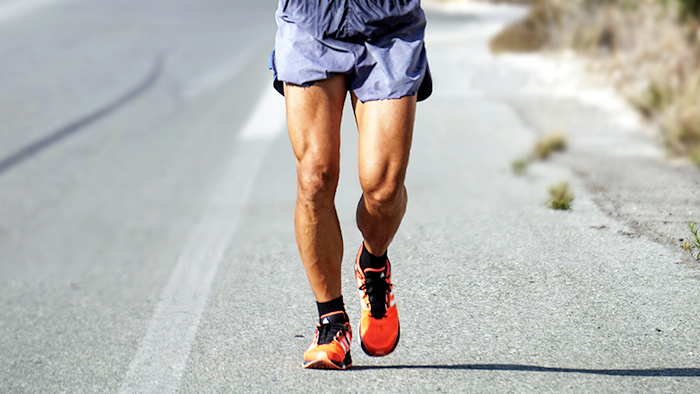 How to Avoid Muscle Cramping During Exercise

It is estimated that the vast majority of athletes have suffered from cramping at some point. Here are some theories on what causes cramp, and tips on how to avoid muscle cramping during exercise.

I have a strong personal interest in learning how to avoid muscle cramping during exercise, because I used to be a chronic sufferer of Exercise Associated Muscle Cramping (EAMC) back when I was competing.

Muscle cramps are very common, affecting between 40 and 95 percent of athletes at some point (depending on which survey you read). As a result, they have been widely studied, yet no one really knows the full story about why they occur.

Despite this, over the last decade I seem to have largely managed my issues with cramp by modifying my behavior, diet and expectations of my body. I did this over time through education and experimentation.

Here are some of the things I’ve picked up along the way in case they help you win your own war on cramping:

Why do I get muscle cramping during exercise?

This theory speculates that a significant disturbance in fluid or electrolyte balance, usually due to a reduction in total body exchangeable sodium stores, causes a contraction of the interstitial fluid compartment around muscles and a misfiring of nerve impulses, leading to cramp.

In simpler terms, if you lose a lot of sodium and don’t replace it (as is common when you sweat a lot), this can cause fluid shifts in the body that in turn cause your muscles to cramp up.

This theory is predominantly based on plenty of case studies, observational data, anecdotes and expert opinion (what scientists call “level 4 and level 5 evidence”).

One example is a classic study on salt depletion that was carried out by a pioneering doctor—R.A McCance—in the 1930s. Essentially what McCance and his co-workers did was subject themselves to an incredibly low salt diet. Along with their salt-free food, the subjects drank plenty of water and took hot baths to increase sweat output and accelerate salt loss. They found that when salt depletion started to kick in it quickly led to:

Interestingly, as soon as the test subjects reintroduced salt into their systems (eating bacon and drinking the fat from the pan I might add) their recovery from these symptoms—including the absence of further cramping—was dramatic, with effects being felt within 15 minutes of ingestion of the salty meal.

This experience in particular, cramps disappearing soon after salt ingestion, is completely consistent with my own experiences in very long and hot triathlons when I had become salt depleted due to heavy sweating. As such it definitely struck a chord with me when I first read it.

Another example directly from the sporting world came in 1996 when Dr. Michael Bergeron documented a case study (in the International Journal of Sport Nutrition and Exercise Metabolism) of a tennis player who often suffered with cramps during tournaments. Having ascertained that the player had a high sweat rate and was unlikely able to replace his sodium losses through his normal diet, he was prescribed an increased salt intake. The conclusion of the study was that:

“[The Player] was ultimately able to eliminate heat cramps during competition and training by increasing his daily dietary intake of sodium.”

This tallies with our experience at Precision Hydration. We recently conducted a survey of athletes who had reported suffering with muscle cramps at one time or another. Of the survey respondents (more than 200 mostly endurance athletes) 89 percent said that they had found that supplementing with sodium or salt during exercise had helped them manage or eliminate EAMCs, with just 11 percent reporting that this method had failed to help at all.

Although there’s a decent amount of circumstantial weight behind it, it lacks the more “concrete proof” of data from large scale, randomized controlled trials (RCTs)  that are rightly considered necessary by proponents of evidence-based practice for it to be widely accepted as anything approaching fact.

These days it’s become quite fashionable for commentators seeking to ‘disprove’ the dehydration/electrolyte theory of EAMC to play down this early work in industrial medicine around salt and cramping as dated, flimsy and insignificant. This is especially true for staunch supporters of the neuromuscular theory (detailed below). However, having read (and re-read) most of the work available from the era, I’m far from convinced that it deserves to be so easily dismissed.

This theory is more recent and proposes that muscle overload and neuromuscular fatigue are the root causes of EAMC. The hypothesis is that fatigue contributes to an imbalance between excitatory impulses from muscle spindles and inhibitory impulses from Golgi tendon organs and that this results in a localized muscle cramp.

In other words, muscles tend to cramp specifically when they are overworked and fatigued due to electrical misfiring.

One big factor that does appear to support the neuromuscular theory is that stopping and stretching the affected muscles is a pretty universally effective method to fix a cramp when it is actually happening. What stretching does is put the muscle under tension, invoking afferent activity from the Golgi Tendon Organs (part of the muscle responsible for telling it to relax) and causing the cramp to dissipate.

A Quick Word on Pickle Juice

In the last five years or so (and somewhat connected with the rise of the neuromuscular theory) there has been a lot of interest in the use of compounds that can stimulate something in the mouth called “transient receptor potential (TRP) channels” and the possible effects these might have on cramping muscles.

TRP channels connect the mouth into the central nervous system and the hypothesis is that stimulating these receptors somehow causes a ‘jolt’ reaction down the nerves that disrupts the signals that are causing a cramp.

Substances that stimulate TRP channels are things like wasabi, mustard oil and other pungent spices and it’s thought that this is where the idea of using pickle juice to cure muscle cramps (a common practice in the USA in particular) comes from. Pickle juice contains acetic acid and it’s believed to be this (rather than the high levels of sodium in it) that stimulate the TRP receptors and help relieve cramps.

This would explain why cramps have sometimes been shown to be relieved almost instantly when pickle juice is ingested (the nerve stimulation happens almost instantly, whereas the sodium in it takes several minutes to travel to the gut and to be absorbed into the blood). It’s also consistent with the the general idea that the root cause of some cramp is found in the nervous system rather than solely an electrolyte imbalance.

One Theory Doesn’t Rule Them All

At this point it’s important to steer your thinking away from this being a binary “one or the other” argument between two competing ideas, even though this is how the topic of cramping is commonly presented in both the scientific world and through mass media.

The bottom line appears to be that muscle cramps are likely to have multiple causes including, but not limited to, electrolyte imbalances and neuromuscular fatigue and that, as a result, it’s likely that multiple interventions are likely to be needed to try to eliminate these different types of cramp. In our survey of hundreds of athletes who reported suffering from cramp, 97 percent of them had tried more than one method in an attempt to alleviate the issue.

So, How do I Avoid Muscle Cramping During Exercise?

There’s no “magic bullet” available to kill off muscle cramping at the moment and it doesn’t look like there will be one coming anytime soon.

However, if you’re not inclined to sit around twiddling your thumbs waiting for science to deliver in it’s own sweet time, there are a few things you might want to try if you suffer from EAMC.

Because it seems highly likely that fatigue is also implicated in muscle cramping during exercise, finding ways to minimize this is also logical. As obvious as many of them may sound, try to make sure you tick all of the following boxes to ensure you’re not overloading your body excessively:

This is definitely a good idea if your cramps tend to occur during or after periods of heavy sweating, in hot weather, later on during longer activities, or if you generally eat a low sodium (or low carb) diet.

One note of caution: if you do take on additional sodium, especially in the form of electrolyte drinks, make sure they are strong enough to make a real difference. Most sports drinks are extremely light on electrolytes (despite the claims they make on their labels), containing only about 300 to 500 mg sodium per liter (32oz).

Human sweat, on average, comes in at over 900 mg of sodium per liter (32oz), and at Precision Hydration we often measure athletes losing over 1,500mg per liter (including myself) through our Advanced Sweat Test. It’s therefore a good idea to look for upward of 1000mg sodium per liter in a drink and over 1,500mg per liter if you suspect you are a particularly salty sweater. A good way to see where this should fit into the rest of your hydration strategy is by taking this free online Sweat Test.

If you’re consuming salt or sodium separate to your fluids, in foods or capsule form, aim for a similar ratio (i.e. 1,000-1,500mg sodium along with each liter of water you drink) and remember that table salt (NaCl) is only 39 percent sodium (the other 61 percent is chloride), so you need about 3g of salt to give you about 1,170mg of sodium.

Take the extra sodium in the hours immediately before and during activities that normally result in cramping and see how you get on. You’ll know pretty quickly if this is effective or not, and can fine tune your dosage to balance cramp prevention with keeping your stomach happy over time (really excessive salt or sodium intake can cause nausea).

When I first started taking in additional sodium before and during long, hot triathlon races the effect was immediate and dramatic. I went from cramping up almost every time, to almost never having problems again. I ended up settling on a regime of consuming around 1,000 to 1,500mg of sodium per hour during long races (I lose a lot of salt in my sweat, 1,842mg/l in fact) and I also found that taking this amount eliminated post-race cramping almost entirely as well.

Other strategies that are far from proven, but that either make intuitive sense or have been used by athletes in the war on cramp include:

Although none of these are likely to offer a complete solution, they are generally accessible, inexpensive and may even benefit performance in other ways, so there would seem to be little downside to giving them a try.

Hopefully this overview of the major theories on what causes Exercise Associated Muscle Cramp have left you feeling better equipped to fight your own war on cramp.

About Andy Blow
Andy Blow has a few top 10 Ironman and 70.3 finishes and an Xterra World Age Group title to his name. He founded Precision Hydration to help athletes solve their hydration issues. He has a degree in Sport and Exercise Science and was once the Team Sports Scientist for Benetton and Renault F1 teams.
#HYDRATION#NUTRITION#RACE-DAY-NUTRITION