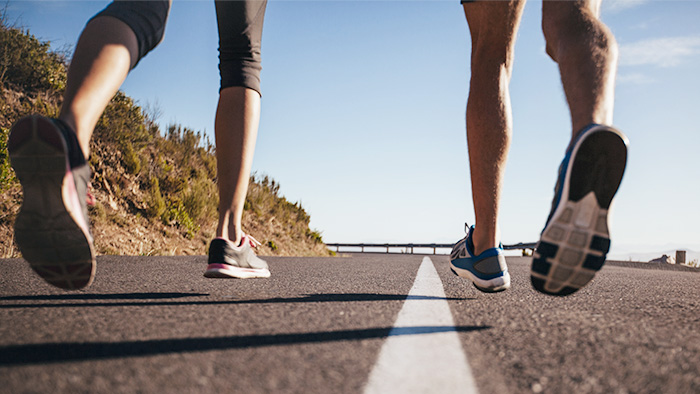 Run power meters are the newest way for runners and triathletes to measure their workload and analyze their efforts. Coach Jim Vance explains what these power meters measure, how they work, and how you can use the data to be a better runner.

There is a new tool on the market for those who have a desire to have data to track their training and performances. For years, cyclists and triathletes have used power meters on their bikes, which has revolutionized the way these athletes and coaches train, race, and assess training load. Now power meter technology has made the jump to the sport of running, and it could revolutionize running, much like it has cycling.

Most cyclists and triathletes know that power meters for bikes measure the force applied through the pedal, and the speed that force is applied, (cadence). It’s a fairly simple tool, as it measures how hard and fast you pedal. When watts go up, your work rate applied to the bike is improving, and you’re doing better. A running power meter isn’t quite that simple, but it also can give a lot more in-depth information that runners can use to make huge gains in performance.

Unlike when using power on a bike, run power isn’t about getting higher watts. Sure, that can be good, but it can also not be helpful, and in some cases show some major inefficiencies and wasting of energy. To better understand, let’s look at how running power meters work.

The three planes of power are horizontal, vertical, and lateral. To actually run, you must lift your body and feet off the ground, bounding through the air. This vertical movement is key to running.  Without this upward movement into the air, your feet would never leave the ground and you wouldn’t actually be running, you’d simply be walking. However, if you move too much in the vertical direction and you’re just jumping up and down, not moving forward. Not enough or too much vertical power is not effective at moving you forward, which is the point of running. You want to move forward, or more specifically, you want horizontal power.

Horizontal power is the force and speed of movement applied directly in the horizontal plane, or forward, (as well as backward). As you can guess, lateral movements, which are side to side or directly to a side, (such as during a turn on a track or on a road), create lateral power.

You might think lateral and vertical power are bad, but remember, there are instances where their values need to be high. As mentioned for lateral power, running the curve of a track or a turn on a road is important, or when running uphill, vertical power becomes more important. You need some amount of vertical power to actually run, so there is balance or range which is good, but no definitive number, based on the course and the athlete.

What a Run Power Meter Can Tell You

So as you can see, you can have high power values, but that doesn’t mean you’re a better runner. You can even have lower values, but if you’re not running fast, it doesn’t matter. In my new book, Run With Power, I explain how this relationship works, how it relates to pace, and other new metrics, among many other topics for athletes and coaches to learn and apply this new technology. But the key concept for you to take now is that speed per watt tells you the amount of work it requires for you to run a certain pace. If you can run a faster pace at a certain watts, you’re a more efficient runner. The same is true if you can run the same pace at lower watts. If this interests you, the book can explain further how this technology helps you learn this about your own training response and performance.

Some of these power meters measure the force applied and speed of the force through a sensor in the shoe, while others use a sensor you wear on your body, or even recently, a foot-pod you wear on your shoe, to measure or estimate the forces and speed, using algorithms and accelerometers. Right now, the two running power meter companies are Stryd, (a 3D unit), and RPM2, (pronounced “RPM-squared”, a 2D unit). Stryd uses a sensor on your chest or as a footpod, while RPM2 is an insole, which can also be used as a power meter for cycling. Both units measure power differently, but so far, both methods appear to be very effective through independent studies.

If you’re looking to learn more about what work rate you produce and how it relates to pace in order to become more efficient as a runner, then pick up a running power meter and start learning! These products are much cheaper than bike power meters, and generally cheaper than most fancy run watches, making it a great time for all athletes to begin learning about better performance with technology.

Jim Vance is a Level 2 USAT Coach, an Elite Coach for TrainingBible Coaching, Head Coach of Formula Endurance, and is a former elite triathlete. You can find his training plans in our store here.