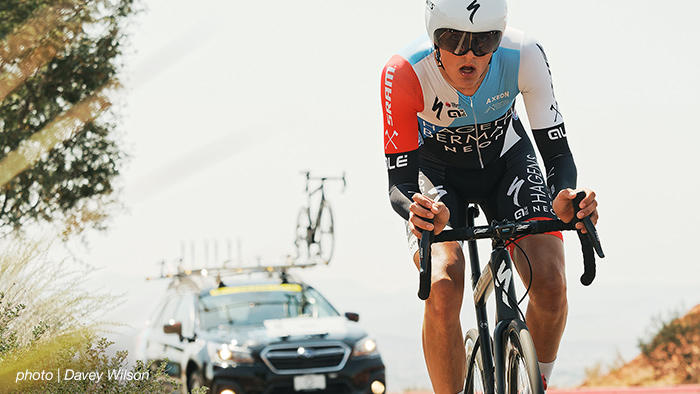 TrainingPeaks will provide the UCI Pro Continental U23 cycling team with performance tracking and monitoring for both riders and directors through 2019.

Hagens Berman Axeon Cycling Team, the North American UCI Pro Continental U23 team managed by Axel Merckx of the iconic Merckx family, has today announced a partnership with TrainingPeaks to be their official training software through the end of their 2019 racing season.

“The ability to give detailed data analysis, workout planning and effective feedback between our riders and the directors is a vital component of our team’s overall success,” said the team’s owner/director Axel Merckx. “TrainingPeaks will play and important role in helping us develop the sport’s next generation of World Tour riders.”

“I have enjoyed watching the success of the Axeon team throughout the years, and I’m very excited to see it officially become a part of the growing number of high performance teams using TrainingPeaks,” says Jim Miller, Vice President of Business Development at TrainingPeaks. “I expect we will continue to see great things from this team through the rest of 2018 and next season, and I’m proud to know that TrainingPeaks will be playing a vital role in this team’s journey.”