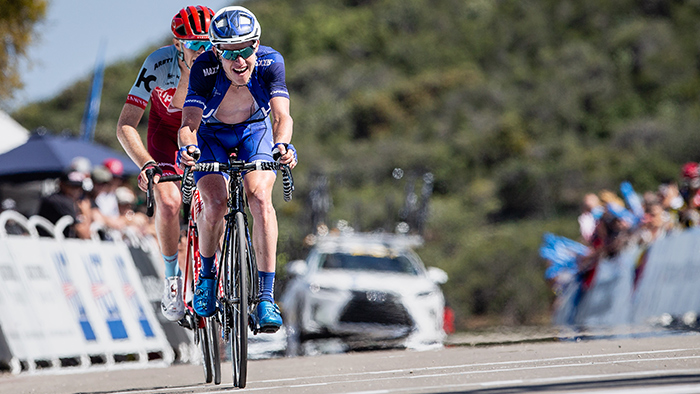 To tackle a big block of stage racing, pro riders must strike a precarious balance between recovery and maintaining peak fitness. Gavin Mannion walks us through his training for the first three big races of his season, including Tour of the Gila, Redlands Classic, and Amgen Tour of California.

If you’re reading this article I’m sure you’ve heard that rest is just as important as training. Some athletes keep track of resting HR, HRV, sleep, mood and other indicators of recovery to help with this aspect of training. And most of us have a feel for when we need to take some rest during a training block—though it can be difficult to listen to these signs!

In my previous article I talked about returning to normalcy after a big block of training and settling in to a sustainable routine. Today, I want to discuss recovering from stage races, especially when you have more racing left in the season.

The first half of my season was centered around three races in a roughly five-week stretch of time. Tour of the Gila and Amgen Tour of California were my main targets, along with Redlands Cycling Classic—which landed smack dab in the middle of those two events.

Step one in being able to maintain “peak form” for this stretch of time was achieving a high level of fitness and building “CTL” steadily in the months leading up to April. My previous articles discuss more of the early season training camps and aerobic base building that got my fitness to where it needed to be. The next part of the equation was resting and tapering properly to be fit, fast, and fresh for each of these events.

Tour of the Gila was the first objective on the list. Being a high-altitude race, Gila comes with some specific training and resting demands. I spent much of my time in the weeks leading up to the race above 7000 ft. Altitude has a strong effect on my body, so after talking with my coach, David Wenger at Durata Training, we decided to take a cautious approach and went for less volume and intensity during this time. We wanted to make sure I was allowing myself time to adapt to that stimulus in time for the race.

Race One: Tour of the Gila

Another reason for the reduction in training load was the fact that I needed to maintain my form for another month after Gila. This approach did end up with some consequences—I started Gila with some “overly fresh” legs and an elevated HR that comes along with that. I struggled a bit on the finishing climb to Mogollon day one and lost some valuable GC time that I never managed to pull back. However, I was able to get better and better as the week went on, taking 2nd in the TT, winning the last stage, and finishing 2nd overall. Looking back, there might be some small changes I would make, but overall this race was almost perfect.

Next up was recovery and fine tuning for Redlands and Tour of California. I felt good coming out of Gila and knew I would bounce back quickly, but again I had to think further down the road to the Tour of California as well. There were about 10 days between Gila and Redlands, which sounds like a decent chunk of time, but when you factor in travel, recovery days, and an opener day, there really isn’t a ton of time to train.

I typically train in 3-4 day blocks with the last day being a recovery day. It’s a bit easier to have a feel for how your body is responding to the load of training when you have an easy day every few days to check in. So after two very easy days and one 2.5 hour easy endurance day, I knew I needed to get a hard day in to keep my body from shutting down.

This came in the form of a 4hr day with 4x8min sets of 40/20s and a set of 6 sprints with 1:45 of tempo between. The idea behind this ride is to touch a bit of every training zone and to prepare the legs for sea level.

I knew going into Redlands that the high power demands of sea level would be a challenge despite trying to mimic some of those effects in training in Colorado. It’s always a bit of a roll of the dice when racing in new conditions, but I knew that whatever my results it would be perfect preparation for The Tour of California.

I definitely had some heavy-feeling legs during high-power attacks on the first long mountain stage, but by the time we reached the very punchy sunset loop stage on Sunday, my legs had come around nicely. The setup for Redlands is such that there is a lot of intensity and race speed without a huge amount of volume, which lends itself perfectly as a lead in for Tour of California.

I managed to finish 4th on each stage of the race and in GC, which was a bit of a mixed bag of emotions. I was hoping for a bit more on the GC days, but I was pleasantly surprised with my punchiness in the shorter efforts like the criterium and uphill sprint on the Highland Circuit race (where I set my 1 min power record for the year). These were good signs ahead of California and I was confident that my legs and lungs were up for the challenge.

Last but not least came the Amgen Tour of California (ATOC), which has become biggest road cycling event in North America, given its recently updated UCI WorldTour status. Performing well meant one more week of balancing rest and staying open. Even though Redlands was very close to the start of this years ATOC I opted to fly home for a few nights in my own bed. With only six days between these two events and two of those being travel days, this time flew by.

For recover after Redlands I took a similar approach as post-Gila but with less intensity, given the shorter time frame and the demands of Redlands. After two super easy days followed by an easy 2.5 hour endurance day I did my one real workout for the week, which consisted of 30 minutes of tempo with surges on some big rolling hills. I then did a 90 minute hard group ride in town and a bit of zone 2 time to hit the 4 hour mark. 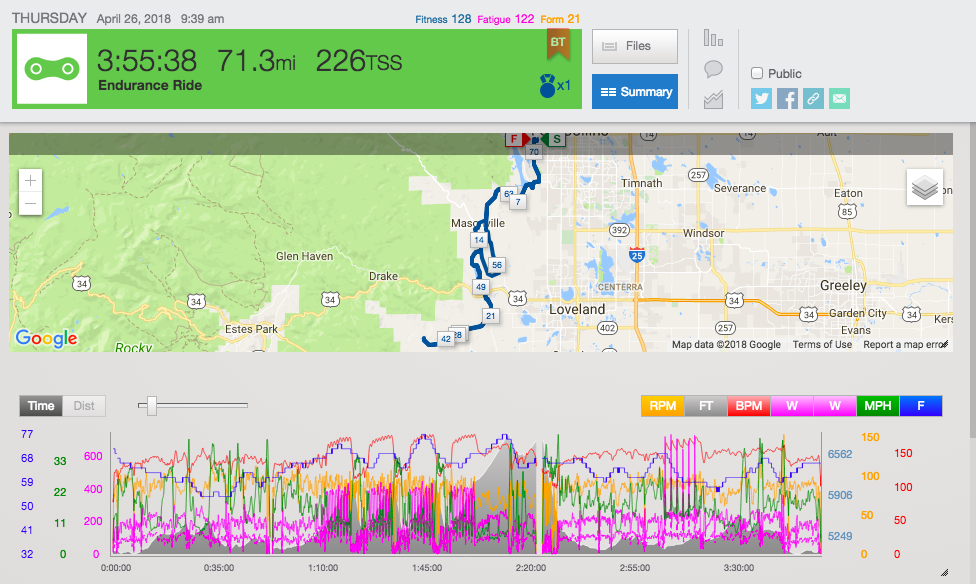 I felt really good on this ride and took the next two days into ATOC nice and easy. I even skipped my normal opener efforts the day before, since I knew stage one would be a mellow one for me, with the important big mountain stages to come.

Maintaining peak form for five weeks is no easy challenge and requires fine tuning and listening to your body. Knowing when you need to push and when you need to back off are crucial during key periods of racing and recovering. So is having good communication with your coach.

I realize most athletes aren’t taking on this heavy a load of stage racing, but the same principles apply for weekend warriors and developing racers. A month-long stretch of crits and/or road races on the weekend require mid-week rest and recovery, followed by some intensity and a little volume to maintain fitness and stay opened up!

Thanks for reading and I hope my experiences can help you feel your best for the next race.

Editor’s note: Gavin finished an impressive 11th in the GC at ATOC this year.

About Gavin Mannion
Gavin Mannion is a professional cyclist for the UnitedHealthcare Pro Cycling team. Gavin has been racing professionally since 2010. He was recently 2nd Overall at the Larry H. MIller Tour of Utah and is leading the national PRT race series. To keep up with Gavin on the road follow him on Twitter @gavinmannion and Instagram @gogo.gavin.