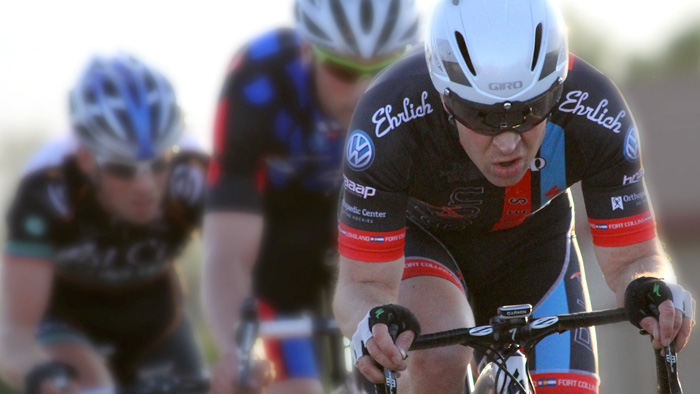 Fast After 50: High Intensity Interval Training and the Aging Athlete

Athletes over fifty tend to move towards long, slow distance training. However, as Joe Friel points out, adding high intensity training may be what you need to reach your potential.

For athletes who have been in their sports for a long time, as in several decades, performance declines as they move north of fifty years of age. The research tells us that there are two reasons for this. One is that the aerobic capacity (VO2max) declines with age. This appears to be inevitable. The other is that most older athletes gravitate to long, slow distance (L.S.D.) training. This is not inevitable and fully within one’s control.

In those aging athletes who continue to do High-Intensity Interval Training (H.I.I.T.), aerobic capacity drops slowly, at a rate of about half a percent per year, until the mid-seventies when it accelerates. Athletes training primarily with L.S.D. see a decline of about 1 to 1.5 percent per year.

Aerobic Capacity as a Predictor

Something else we know from the research on aging is that the best predictor of endurance performance in older athletes is their aerobic capacities. The other two physiological determiners of how fast we are, lactate threshold and economy, don’t decline as much with aging as does VO2max.

So what does all of this tell us about what we should do as we age up? It’s clear: We need to focus on aerobic capacity in our training. That means H.I.I.T., the stuff that is uncomfortable to do. It hurts. And that’s the reason so many shy away from it later in life. We seek more comfort and less suffering. The other common reason for avoiding it is that H.I.I.T. is a risky workout. It’s likely to result in injuries and older athletes are more prone to injury than are young athletes. Runners are especially susceptible to injury, but then cyclists, swimmers, Nordic skiers and others can also experience breakdowns.

How can we reap the benefits of H.I.I.T. while avoiding the pitfalls of injury? The answer comes down to two training concepts called dose and density. Dose has to do with how hard a workout is. Density refers to how closely spaced the high-dose workouts are. You can make a H.I.I.T. session high-dose by doing something such as 5 x 4 minutes at zone 5 with 2-minute recoveries. Or you can make the H.I.I.T. workout low-dose by doing 5 x 30 seconds at zone 5 with 1-minute recoveries.

When it comes to density you can do the H.I.I.T. workout twice a week, as many young athletes do, or once every nine days as I suggest in my new book, Fast After 50. The first is high-density; the latter is low-density.

You have complete control over both dose and density. An overuse injury means that you got one or both of them wrong. So start conservatively. Don’t rush it. You didn’t lose your aerobic capacity overnight and, by the same token, it won’t reappear by tomorrow just because you do one, or even a couple, of H.I.I.T. workouts. It’s going to take time. As in months. If there’s one thing older athletes tend to be good at it’s patience.

Take your time. Start with a very low-dose workout such as just a few 30-second intervals with plenty of recovery between them as suggested above. Do this no more than once a week. Once every nine days may be better. You decide- but be cautious to avoid injuries. Then gradually, and over the course of a few weeks, increase the durations of the five HIIT intervals to 45 seconds at zone 5 with 1-minute recoveries. A few weeks later bump it up to 1 minute on with 1 minute off done five times and so on. It may take months and months to get there but that’s OK. The longer it’s been since you last did such a workout, the longer you should take in getting back into it.

In the example above, zone 5 refers to your lactate (or anaerobic) threshold. If you are using perceived exertion to gauge intensity, zone 5 would be about an 8 or 9 on a 1 (low) to 10 (high) scale. If using the swim or run pace system from my Triathlete’s Training Bible it’s zone 5b. For a power meter it’s Coggan’s zone 5. If you prefer to use heart rate it would also be my zone 5b. But understand that heart rate is the least effective way to do this workout as the heart responds too slowly to gauge intensity for such short intervals. Learn how to set your zones in TrainingPeaks.

What will happen over time is that your aerobic capacity will gradually increase meaning that your aging body will become more effective and efficient. It will be able to deliver and use more oxygen to create energy in the working muscles. And that means you’ll race faster.

Joe Friel is the author of several books on training for endurance athletes. His latest is Fast After 50.