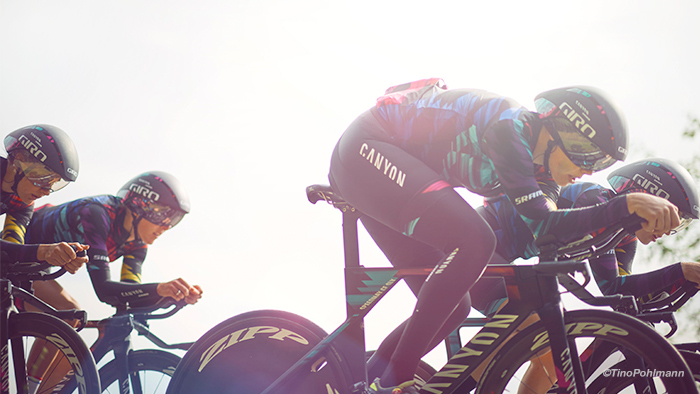 By adding speed work, or more accurately threshold work into your training now, you can improve your ability to pace yourself more efficiently. Here are some tips on how to do it.

Whether you’re racing crits, stage races or wanting to put in a solid triathlon bike leg at an intensity that means your run is not compromised—now is the time to start putting in the hard work on the turbo or the indoor trainer.

Traditionally, early season is the time when the weather, daylight hours and temperature can make it tough to put the outdoor hours in for the serious athlete. It’s not always easy to be outside nailing interval sessions due to traffic, and as such these times out on your own or with your club mates is generally reserved for long endurance efforts.

Ideally, if you train with power or heart rate, then you’re set to unleash the animal and work shorter, harder and smarter. Whether you’re a pure cyclist or a triathlete racing any distance, a block of speed training will only benefit you. Trainers, when used properly (and not just sat on for hour after hour) can be fun and motivating in your training week. Sometimes to break up boredom we also add in a bit of core work too. There are a number of software programs, indoor cycling apps and smart trainers around. To make things even easier, you can also have your coach build a structured workout which you can then export directly to your device or app so your target intervals are clearly displayed throughout your ride.

Our athletes use their threshold heart rate or Functional Threshold Power (FTP) for their higher end workouts. There are several ways of calculating this, a usual one at this time of year is to undertake a 20-minute full warm up on the turbo, then go hard for 20 minutes, maintaining an effort with a steady cadence and gearing that replicates a time trial effort. The average power over that 20 minutes, minus 5 percent, is your FTP, the theoretical power that you could maintain for an evenly paced all-out hour on the bike equivalent to 100 TSS in TrainingPeaks. Your average heart rate roughly equates to your functional threshold heart rate (give or take a few beats for those not using power). 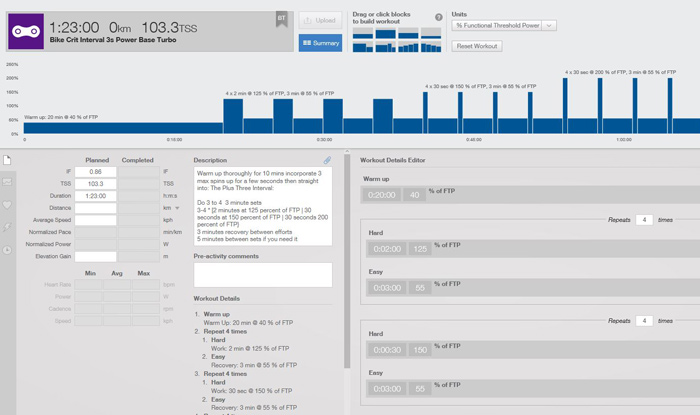 Improving this number means you have choices, come competition and racing. You can ride as hard as before for less effort, or for the same effort—all things being equal—you go faster. However, specificity is key once you’ve decided what you’re training for.

If you are an out-and-out bike racer or a mountain biker, then you need to train like you might race, so this includes efforts at FTP, and a lot above FTP in the same session to simulate hills, surges, breakaways and sprints. It is not uncommon for coaches to prescribe sessions at anything up to 200 percent of FTP for short bursts to simulate the demands of this type of pure bike racing. If you are a triathlete, you don’t want to be racing like this so focusing on your FTP is the way to go.

In triathlon, the bike segment secret is in maintaining a constant output that gives you the quickest pace you are able  to hold whilst allowing for an only slightly compromised run. Being a triathlete also means smart training is required, otherwise if you’re at max TT effort for an hour or more several times during a block of training then your session, whatever it is the next day, could be compromised. The answer to this is to make the session hard enough to stress the body without overly fatiguing it.

I’ve found that “sweet spot” sessions do this quite well. I ask the athlete to go hard, just under their FTP, constantly nudging it up, which delivers almost all the same benefits as an FTP session. However the crucial difference is that it allows a faster recovery, usually by the next day. Over time, when combined with FTP sessions and your normal endurance rides, you will see your threshold rise, and your speed on the bike go along with it. 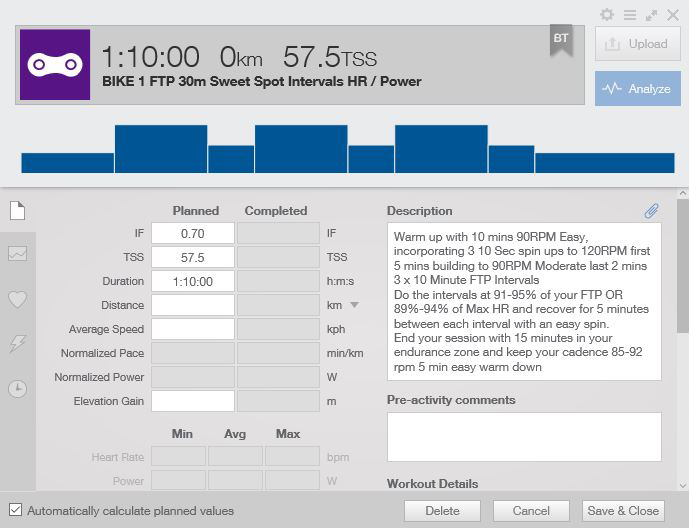 Depending upon the athlete and their chosen distance, we keep this type of work up throughout the season, varying mostly the duration rather than the intensity. A 70.3 athlete may well do five to seven blocks of sweet spot work, whereas a Sprint athlete may do only three. It’s worth noting that the effort is performed in discrete intervals and not for the whole session.

With our squad, in a typical three or four bike sessions a week block, we usually put in a hard FTP session early in the week, such as on Monday or Tuesday, with swim or easy work the next day, and follow that up with a less taxing sweet spot session mid-week, from which it’s easier to recover and focus on the more endurance-focused end to the week. 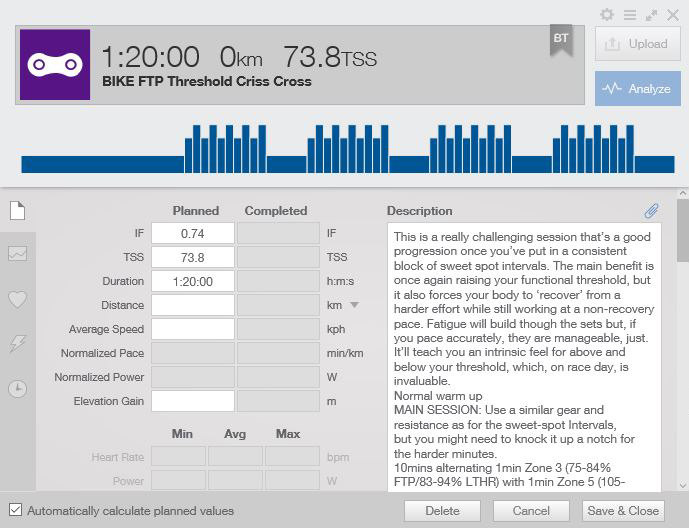 I heartily recommend adopting this approach about now in the Northern Hemisphere. It keeps you fresh, primes the body and wards off the boredom of the long, non-goal driven turbo. It acts as a mini challenge and the rewards you’ll see when it comes to the first TT of the new season are worth it. Get the jump on your fellow club mates and athletes and start now!

Check out part one in our series on early season speedwork, which focuses on running, here and stay tuned for part three next week, which will focus on swim speed.

About Paul Gardner
North of London England based Paul Gardner is Performance Director at Berkhamsted CC and Head Coach of Lovetri Racing. Ex Board Director for Triathlon England, his palmares includes racing as GB AG captain at ITU and ETU level. He has coached many novice and intermediates to PR's and Country representation. A coach mentor, he is Training Peaks LII, BTF LII Diploma and IM certified. Highly respectful of his athlete's busy lives outside of triathlon he believes that his focus on swim and run technique maximises athlete potential and is the secret to success at top level. He is author of bespoke training plan company racestronger Visit Paul Gardner's Coach Profile Use the online HTML, CSS, JavaScript resources to generate the perfect code in your web projects
Visit Paul Gardner's Coach Profile
#CYCLING#TRIATHLON