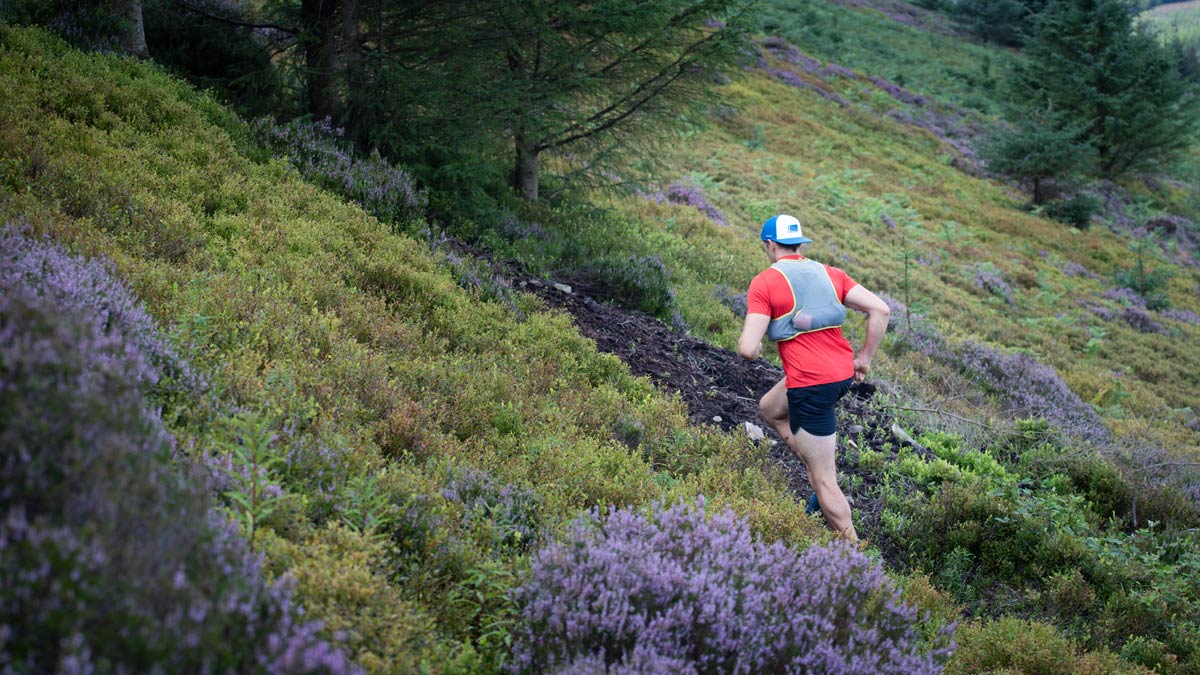 I don’t think I’ll blow too many minds when I propose that the actual act of running 100 miles is not easy. Supposedly, no more than 0.5% of the U.S.A’s entire population has ever run a marathon, so think how small a percentage of runners have ever toed the line at a 100 miler!

There’s a good reason; a race of this distance brings with it a myriad of individual mental and physical battles. There are the countless hours spent alone training; the pressure of fitting it in around normal adult duties; the endless obsessing over nutrition strategies; and the fatigue. And that’s before you even start the race!

I’m going to compare two hundred-milers I ran in the last few years, to illustrate two different approaches to training. One was my first-ever; the Pilgrims 100. It’s a total of 103 miles over coastal trails, forest single tracks and undulating terrain. The other was the Lakeland 100, the UK’s original mountain 100. It’s 105 miles across 24,000 ft of elevation on the rock-strewn paths and trails of the Lake District.

I finished both races inside the top 10% (with joint third place in the Pilgrims 100). I wasn’t blisteringly fast, but I was happy enough with my performances. That said, there are some hard lessons I learned in my first race that made a huge difference in my second. Here’s what I picked up along the way:

I came to ultra running from fell running and trail running, so I understood that my average pace on training runs would be determined by the terrain. Still, for some reason when training for my first 100 I got caught up in trying to maintain an arbitrary pace of around 8-minute miles. That meant that, even on a 30-mile training run, I would try to average that pace, whatever the terrain, whatever the weather and no matter how fatigued I was.

As a result, I spent much of my time training above my aerobic threshold when I should have been training at lower intensities. I was bullying my body into shape than nurturing it to a race-ready state, and I felt continually fatigued. Ultimately I dug so deep a hole for myself that my recovery after the race took far longer than it should have.

For the Lakeland 100, I ran around 90-95% of my training volume comfortably under my aerobic threshold. At first, these runs felt painfully, embarrassingly slow, but I was able to recover better after every workout. As a result I became more aerobically efficient and I generally felt far less drained and exhausted. I was also able to start racking up greater training volumes because I wasn’t thrashing myself during every session.

Most elite runners don’t run ultras at anywhere near their fastest pace. So, I decided to skip dedicated speed work when training for that first 100. This was a mistake—speed work has so many benefits, whatever distance you’re training for.

For the second 100, while most of my runs were at a lower intensity, I did speed work once, sometimes twice, a week. It made me stronger and alleviated some of the boredom that can arise when you run at a more sedate pace. Plus, the mental cues I took from each session about maintaining my running form translated to my longer runs.

At the very least, running hill sprints will make you stronger. Even doing basic ‘strides’ on a flatter trail run will help you improve leg speed and running form; two things that can suffer greatly when your training volume is mainly comprised of slower-paced ultra-trudging.

This was a huge one for me. Before I started training for that first race, I spent about 30 minutes perusing 100-miler training templates online. I went for the one that I liked best, and got stuck in.

Now, this wasn’t an entirely daft tactic. Providing a plan has been written by a coach who knows their stuff, it’ll probably be based around sensible incremental progression in volume and intensity, and each week will be programmed so that you get at least some rest between harder or longer runs.

That said, it’s very hard to know if the plan you’ve decided to use is suitable for your current level of fitness. Also, you may end up starting at a point on the program that’s not appropriate for you and that means that, as you follow the plan, you’ll be training harder than you should be (or potentially not hard enough).

Furthermore, no stock plan can properly account for the revisions that need to be made if you’re overly stressed, nursing niggles or too fatigued. Nor will they give you an indication about where to restart your training if you have to miss a day, a week, or two due to injury.

Basically, what I’m getting at is that many non-personalized online training plans lack specificity. One way to ensure that your training plan IS appropriate for you is to get someone to create it for you. For my last 100, I worked with Paul Tierney, an Irish Lakeland transplant who recently set the record for completing all 214 Wainwright Peaks in six days, six hours and five minutes.

The plan he put together for me was based on the training volume I’d been doing up to that point. The prescribed volume was altered depending on how I was progressing and, if I was struggling or not sure about something, Paul kept me on track.

Some people need a coach for accountability but, for me, just knowing that there was an external eye keeping watch over what I was doing meant that I could remove the guesswork from my training. I didn’t have to worry if what I was doing was correct or “enough,” I just knew it was!

I never let my strength training lapse when training for either of these 100s, but when preparing for the first one I focused mainly on absolute strength, regularly doing compound exercises (like deadlifts) with CrossFit-styled workouts thrown into the mix.

The second time round I still lifted heavy (although not as much), but I also spent plenty of time on stability, proprioception and my functional ability to move well. I did movements that would more closely translate to improved running form and that would help overcome my own physical imbalances.

The strength work I did for my second 100 made me more injury-proof and durable, and that meant it was more beneficial because, when training to run 100 miles, being injury-free and physically robust matters far more than your 1-rep max back squat or how hard you can crush a conditioning style workout in the gym.

“I’m running so much, I can eat whatever I want.” How many times have you heard someone say that?

The thing is, they’re right up to a point. If all you care about is not gaining body fat, you can probably live off pizza rolls and ice cream without gaining weight if you’re running enough. Sure, your health will suffer, you won’t recover properly and you’ll probably feel pretty crappy, but you shouldn’t find yourself bulging out of your hydration vest come race day.

The truth is that when you’re asking your body to cope with the stress of high-volume training before putting yourself through something as physically degrading as a 100 mile run (potentially over mountains), poor quality food is not your friend.

In training for my first 100, I would plow through pizza and ice-cream the night before (and after) long weekend runs. I ate quite a lot of processed carbs throughout the week along with plenty of protein, but not enough fat. The result was that I always felt fatigued, sluggish and inflamed. I was never fully recovered, and I just felt generally crap.

For my second 100, I took a different tack. I didn’t do ‘keto,’ but I massively upped my intake of healthy fats, I cut down on overall carbohydrate consumption and made sure that the carbs I ate were healthy and mainly unprocessed.

Diet is a very individual thing, but by following this program I found I didn’t ‘bonk’ on training runs, I recovered properly and I encountered fewer aches and pains along the way, which I put that down to being far less inflamed and run down.

The last thing I’d like to say on this is that you can definitely overthink a 100 miler. Yes, it’s hard, but it’s not a superhuman feat. If you’ve trained properly, then when it comes to the race it really is a case of putting one foot in front of the other until you’re finished.

The first time I trained for the distance I was all-consumed by it. The second time round, I was a lot more relaxed. That meant I felt less pressure, I enjoyed it more, and I was (I’ve been told) a lot more fun to be around.

That final point is important too, because while finishing your 100-miler is a huge accomplishment, if you spend six months or more as an irascible, uber-focused running bore then it can be a bit of a drag for the people around you—so remember not to take it too seriously! Even running 100 miles can be fun! 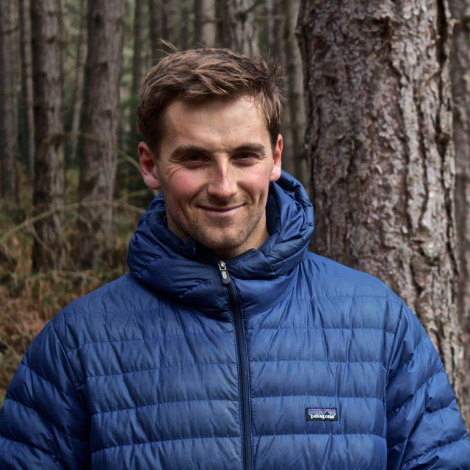 About matt pearce
Matt Pearce is a writer and strength and conditioning coach from Northumberland in northeast England. He co-founded and co-runs his own gym, Real Fitness Strength and Conditioning, and his main focus is helping endurance athletes implement strength work into their training. Out of the gym, he's an avid 'fell runner' (that's a northern English term for mountain runner) and ultramarathoner competing at everything from half marathon to 100 miler distance. If you ever see a lone guy out in the Cheviots Hills running with a pack of dogs, then that'll probably be him. Find Matt on Instagram at @mattjpearce
Visit matt pearce's Coach Profile