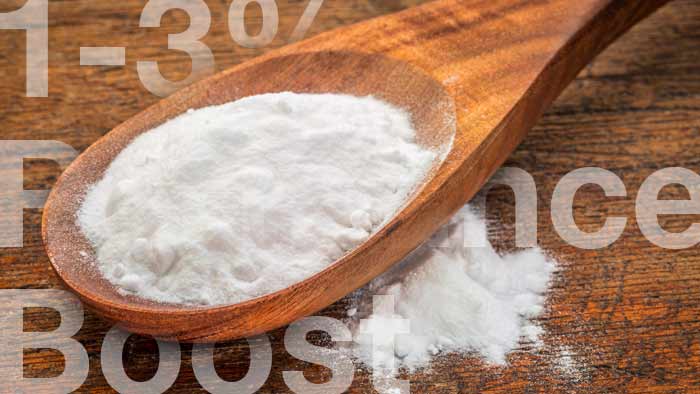 Can a simple product found in any grocery store help your performance by up to 3 percent? Molly Bresslin investigates the use of sodium bicarbonate, or simple baking soda, as an ergogenic aid.

Want to improve your race performance by 1 to 3 percent but invest very little time, effort and money? That sounds like a gimmick on an infomercial. And 1 to 3 percent isn’t really a whole lot– or is it? If you are a male 30-34 Ironman athlete competing at the 2014 world championships that actually amounts to quite a bit. Let’s say you’re the 10th place finisher in that age division. A 1 percent gain would take you from 10th to 4th place; a 2 percent gain would put you on the podium in the number two spot; a 3 percent gain would put you on the top step of that age-group podium. Not only would your race results be better but your overall enjoyment of the race may be enhanced as well.

Now that your interest is piqued you are perhaps wondering how much money and time you would actually have to invest to achieve these gains. What would you say if I told you it was only a few minutes per week and could cost as little as $20.00 for your entire season of training and racing? Ready to buy? All right then – run or bike down to the grocery store and pick up some generic sodium bicarbonate in the baking aisle – it’s in that iconic yellow box labeled baking soda.

What is Sodium Bicarbonate

Let’s take an in-depth look at exactly what sodium bicarbonate is and how it works with our physiology to enhance training and racing performance. Sodium bicarbonate is an alkaline salt. Alkaline means it is a substance that possesses a pH (see below) on the basic side (8.4 to be exact where 7.0 is neutral). A salt is a chemical compound which has a hydrogen ion replaced by cation, which in this case is sodium. The chemical nomenclature for baking soda is NaHCO3. Sodium bicarbonate acts to buffer acids produced by the body during physical exertion. One of these acids is well known to us as lactic acid and another less familiar one is carbonic acid.

Now is good time to review what pH is. Many of us use this term without understanding exactly what it means and how it impacts us as athletes. pH is simply a numerical expression of the acidity or alkalinity of a solution on a logarithmic scale on which 7 is neutral, lower values being more acidic, and higher values more alkaline. The pH is equal to

Production of Sodium Bicarbonate and Acids

Our kidneys produce sodium bicarbonate constantly to keep our pH level in this very tight range of 7.35-7.45. As athletes, we produce two main types of acid. The first of these is lactic acid which is a bi-product of anaerobic glycolysis. Anaerobic glycolysis is the breakdown of glucose without the benefit of oxygen to enhance the process. This occurs when we have exceeded a level of exertion that allows our body’s cardiorespiratory systems to provide adequate oxygen to our working muscle cells. The second form of acid is carbonic acid. Hard working cells produce carbon dioxide. Carbon dioxide combines with water (H2O) to form carbonic acid (H2CO3). Both of these acids serve to lower our blood pH levels resulting in a relative acidosis that cause our intracellular machinery to falter and fail. Our muscle cell mitochondria are exquisitely sensitive to lowering of blood pH.

The Benefits of Supplementation

Theoretically, supplementation with sodium bicarbonate should delay the onset of fatigue and ultimately muscular (skeletal and cardiac) “failure” by assisting the body in maintaining a normal pH during high intensity exertion. Delaying onset of intracellular acidosis during exercise assists in maintaining a more homeostatic cellular environment that allows for optimal functioning and performance. Sodium bicarbonate as an ergogenic aid has been studied extensively over the past 60 years. It is a challenging topic of investigation because so many other variables are at play in the final determination of athletic performance, and none of these can be completely controlled for. However, in a study that applied a meta-analytic technique to the results of 29 of the best-conducted studies on the topic, the statistical comparison of these scientific inquiries indicates that not only does sodium bicarbonate enhance athletic performance, it improves exercise time to exhaustion by a mean of 27 percent.

In part two of this series we will examine timing and dosing of sodium bicarbonate in racing and training, available commercial formulations, potential positive psychological effects of use, as well as some of the potential negative side effects. 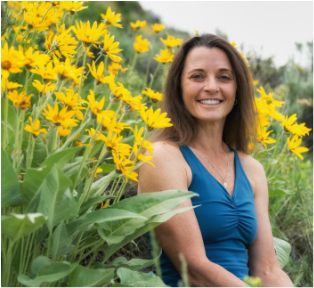 About Molly Breslin
Molly is the founder, owner and lead coach of 22Tri.  She holds professional certifications in Sports Nutrition and Nutrition for Optimal Health and Wellness from San Diego State University. As an advanced practice nurse and an avid and accomplished multisport athlete, Molly recognizes that nutrition is the often-overlooked piece of an athlete's training plan. Her mantra is: "Good nutrition and a sound nutritional plan will immeasurably enhance an athlete's training and racing performance." Molly works with athletes from the beginner to the elite level in triathlon, running, xc and randonee skiing, road cycling, and mountain biking. She writes for Training Peaks, USA Triathlon, CapoVelo and Active.com and runs seminars on sports nutrition and training clinics for running, swimming, cycling, and triathlon. Molly is also credentialed as a Health and Wellness Coach through Harvard University School of Medicine and American College of Sports Medicine affiliate Wellcoaches, and is a a certified Exercise Is Medicine professional through the American College of Sports Medicine.