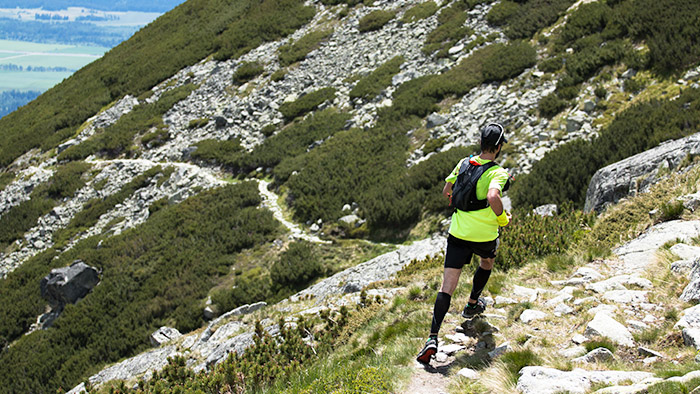 5 Keys to Training for Epic and Extreme Multisport Races

Extreme triathlons offer the ultimate challenge—and reward. Here’s how to train and prepare for your first epic triathlon in the best possible way.

The popularity and number of extreme triathlons are growing fast. Isklar Norseman, CeltMan, Swissman, and even extreme swim/run events like the Ötillö World Series are given teams and individuals the opportunity to push themselves in demanding terrain and exotic locations.

There is even a new Xtri World Tour, which includes Norseman, Celtman, Swissman, among several others.

Like many of these extreme multisport races, the Xtri World Tour has a rigid selection process or a lottery to enter. The waiting lists are long and the number of participants is limited (for example, both Norseman and Swissman accept only 250 athletes). Given this high demand, we can expect further growth of extreme races in the future.

The Definition of Extreme

So what makes a triathlon or multisport race “extreme?”  It can be its elevation profile, terrain, the expected weather conditions—and often it is all three.

Even one of these factors can double the duration of average IRONMAN, and triple the suffer score.

Being at elevation adds to the finish time as well: My estimate is that each 1,000m of elevation can add between 30 and 60 minutes to your overall time.

Steep inclines mean more gravity, more fatigue and subsequently can lead to significant slowing down of race pace. You can run up a 4 to 5 percent hill at between 10 and 11km/h, but you definitely have to walk a 15 to 20 percent grade hill at sometimes as slow as 2.5-3 km/hr. This looks and feels like crawling, especially if it is on a technically challenging mountain trail.

One of the most famous and desperately sought after extreme triathlons, is undoubtedly the Isklar Norseman. Its organizers claim that it is “Simply the ultimate triathlon on planet Earth.”

In addition to +5,235m (17,175 ft) of elevation, the harsh and cold weather conditions in Norway, swimming in 13C to 15C (55F to 60F) fjord water combine to make it a truly extreme and punishing experience for human physiology.

There is also the Swissman—which I finished on June 24th—and I can attest that it truly deserves its extreme label. The course takes you over three major mountain passes (two of them are “Hors Catégory”) with a total elevation of +3,500m (11,483 ft).

This race takes you from the almost tropical, southern, Italian-speaking part of Switzerland to snowy mountains—weather-wise I experienced all four seasons within a single day.

In addition, most Xtris are self-supported races and each athlete is required to have a supporter (or a whole crew) who will feed her and drive behind her with spare bike parts and several changes of clothes, food and drink.

On the last 10 to 20km of the run, which takes you away from civilization and roads, the supporter is required to run/walk with the athlete to the finish. This makes the entire race not only a physical challenge, but a logistical challenge as well.

So, how should one train for an extreme triathlon? Here are the five most important skills you need to master before you attempt an extreme multisport race:

It takes a very strong athlete to complete an iron-distance, extreme triathlon: they must be physically strong, emotionally resilient and mentally focused. All of this can be trained.

The main method to achieve this is with hard interval training with a very high number of short and intensive reps to be completed under a pressure of a fixed time. Example sessions:

Bike: One hour of three minute max power hill repeats with  one minute rest in between each

The idea is to keep the pace and not to slow down: The winner in all extreme and ultra-endurance races is the one who slows down the least.

Fatigue resistance is also trained in multiple short sessions per day, where we train without being fully recovered (but recovered enough to avoid injury), and through all variations of bricks: bike-swim-bike, bike-run, swim-run-bike or even biking to and from work.

What is key is to become aware of your inner voice and internal dialog during hard sessions and being able to train it to become your internal motivation coach (and maybe a drill sergeant sometimes when necessary!).

Racing in mountains requires a consistently high power output to create enough propulsion to go uphill fast (or just go uphill)—against increased gravity and resistance. This is why all endurance training for an extreme event absolutely has to have a power component to it in order to develop specific muscle strength.

Swim: Up to 60 to 70 percent of the swim training should be done with paddles to develop swim strength and to encourage you to get out of water fresh.

Bike:  You should push big gears when riding on flat roads, as well as up to 5 percent-grade hills. At least once per week, do hill repeats and once or twice a week do max power turbo trainer sessions These are relatively short compared to the race mileage,  but they are very effective when looking to develop power.

Run: At least once per week we do hill repeats. Do as many reps of 15 to 90 seconds of uphill sprints with high but not max intensity. Do your long runs in a hilly area, or if you need to simulate hilly conditions, you can run on a treadmill to simulate the race profile.

This is rather an individual skill, since people have different sensitivity to hot and cold weather conditions. Although Norseman is always won by Norwegians, who are well adapted to cold and wet weather, everyone can become better adapted through specific training and nutrition.

Training in bad weather conditions and learning how to dress strategically is something everyone can do, but it takes overcoming a lot of mental resistance.

I’ve found that when you do train in what you qualify as “bad weather,” you’ll likely notice at the end of the workout that it wasn’t as bad as you thought it would be. It is important to remember that when you are thinking about not going out when it is rainy, cold or windy.

This is why weather resistance is also a mental skill; your mental strength can take you through the most horrible weather. Nutrition plays an important part too: Fat adapted athletes with well-developed fat metabolism seem to handle cold weather better. They kind of go in “winter mode” and switch to lipid energy production, which keeps them warmer compared to the average athlete.

As I just mentioned, fat-adapted athletes have an advantage in ultra long races, and this advantage can be a critical one. After 10+ hours of racing in harsh conditions, your stomach will no longer be able to digest the 60 to 80 grams of carbs per hour that you are trying to get in.

Your digestive system will eventually need a break, during which you might bonk if you are not fat adapted, or it may simply shut down because all your blood and physical and cardiac capacity will go into the working muscles and maintenance of brain function.

Extreme racing is 100 percent aerobic, and you need to develop a mixed-metabolism to provide your body with enough energy. You will need to be able to oxidize both carbs and fat during the race, so that you eat less but still can perform using your fat reserves as fuel.

This takes dedicated training (a lot of fasted runs and rides) and nutrition with a high fat percentage in your race preparation so that you can continue this type of fueling during the race itself.

Additionally, knowing what, when and how much to eat is absolutely critical in an extreme or ultra race. It has to be meticulously planned and trained, and and even more importantly, you have to have enough focus and concentration to be able to execute your nutrition strategy during the race even when things get tough.

You cannot finish an extreme triathlon without a supporter! First, it is a mandatory requirement from race organizers—you fully rely on your supporter to provide you with food and drink and several changes of clothing.

They are essentially your Sherpa and North Star for the day:  They set up and dismantle your transition zones, carry your gear, pushes you over the last hill, and helps you if there is a technical problem.

But most importantly, your supporter is your mental and emotional bond, your positive charge and your motivator when the going gets hard. These selfless heroes might actually have a harder job than you—so be grateful for them!

Racing an extreme event is an unforgettable experience for the participant, but what makes it even more special is being able to share it with your support system as well.

About Tatjana Ivanova
Tatjana Ivanova has coached endurance athletes for more than 10 years. All her athletes, from first time marathoners to IRONMAN 70.3 World Championship qualifiers, have achieved their personal goals without a single DNF among them. Tatjana has two mantras for training and racing: "Joy in the effort" and "Pain is temporary, glory is forever.”
#IRONMAN#TRIATHLON