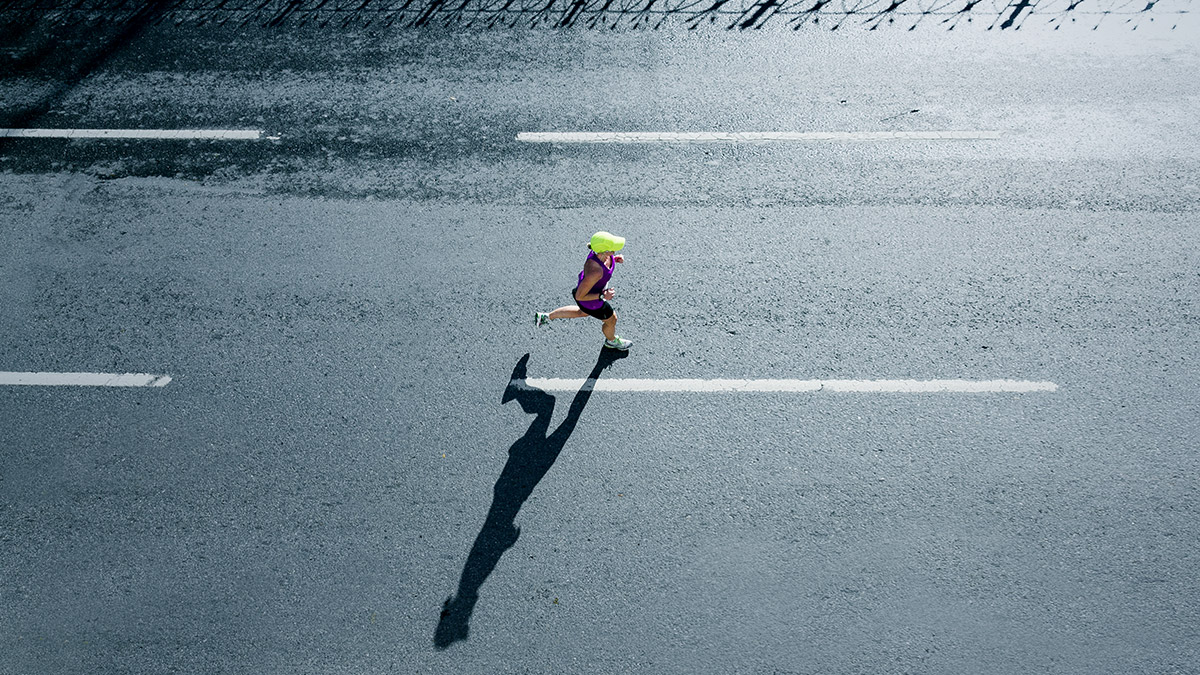 What To Do When Your Athlete Sets An “Impossible” Goal

Learn more about how Matt Fitzgerald uses his athletes’ seemingly impossible goals as an opportunity to inspire and motivate.

Among the athletes I coach is Bob, a 52-year-old runner whose BHAG (Big Hairy Audacious Goal) is to run the Boston Marathon. To get there, Bob will need to complete a qualifying event in less than 3 hours and 30 minutes. His current PR for the distance, which he set recently under my guidance, is 4:37:55.

“Just a bit outside,” as Bob Uecker might say.

Yet when Bob first shared his BHAG with me and asked if I thought it was possible, I told him “yes.” What’s more, I believe that every coach—including you—should give the same answer whenever an athlete articulates a long-term goal that seems unattainable.

1) No one really knows what’s possible

Athletes do things that are considered impossible all the time. Famous examples like the once daunting and now ho-hum four-minute mile come to mind immediately, but there’s also an infinite number of everyday examples. Heck, I have done things as an athlete that, even as a knowledgeable student of endurance sports, I thought I couldn’t, like smashing an eight-year-old marathon PR at age 46 in my 41st attempt at the distance.

We’ve all heard stories of athletes who achieve something special and afterward call out a former coach for telling them they could never do what they eventually accomplished. How would you like to be one of those called-out coaches? The surest way to avoid such infamy is not to pretend you know what the limit of any athlete’s potential is—because you don’t.

What happens when a runner who is genetically incapable of ever achieving a Boston Marathon qualifying time for his or her age group sets a long-term goal to do just that? In my experience, the runner works really hard and consistently to improve and eventually becomes the best runner he or she can be without ever qualifying for Boston. In other words, setting impossible long-term goals is usually good for an athlete’s development—not bad.

I wouldn’t go so far as to say that athletes should set impossible long-term goals. But, any athlete whose underlying ambition is to realize 100 percent of his or her potential should at least set goals that are at the lofty end of realistic, because that’s how human motivation works.

Short-term goals are another matter. Athletes who set an impossible goal for their next race tend to overtrain or race too aggressively, and end up performing beneath their current capacity. Short-term goals should be challenging but realistic.

Basketball coach Billy Donovan once said, “Believe in your system and then sell it to your players.” This is good advice, because performance always follows belief.

It’s not enough to give your athletes good training. They will compete far more successfully if you’re able also to get your athletes to believe their training is good, fostering expectations of success through this and other means.

Every athlete, from the least gifted to the most, has limits. That’s no reason to emphasize them. If you want to get the most out of your athletes (and I hope you do!), focus on what they can and could do in your interactions with them, not on what you think they can’t do.

Now, you should never lie to an athlete, and I’m not suggesting that. What I am suggesting is that you always put an optimistic spin on reality while discussing your clients’ goals and aspirations, because they will fulfill more of their limited potential if you do.

Let’s return to Bob, the 4:37 marathoner who dreams of running Boston. I will confess now that when Bob asked me if I thought this goal was possible for him, my answer went beyond a simple “yes.” Knowing that Bob himself recognized it was a long shot, I told him I thought so too. But, I also went on to say that every great athletic feat is a long shot, and there’s no telling how much he could improve if we both worked hard, took things one step at a time, and kept on believing. It was all true.

Make no mistake: I have no problem being the cold voice of reason when necessary, admonishing athletes for completing their recovery sessions too fast, or for skipping their drills, or for ignoring pain’s warnings. But, where their long-term goals are concerned, I prefer to take the attitude taken by Jim Carrey’s character in Dumb and Dumber when the girl he fancied rated his odds of winning her heart at one in a million.

“So you’re saying there’s a chance.”

I recommend you do the same.